If you’re thinking about getting a Ducati Scrambler 1100, you might want to see this first. 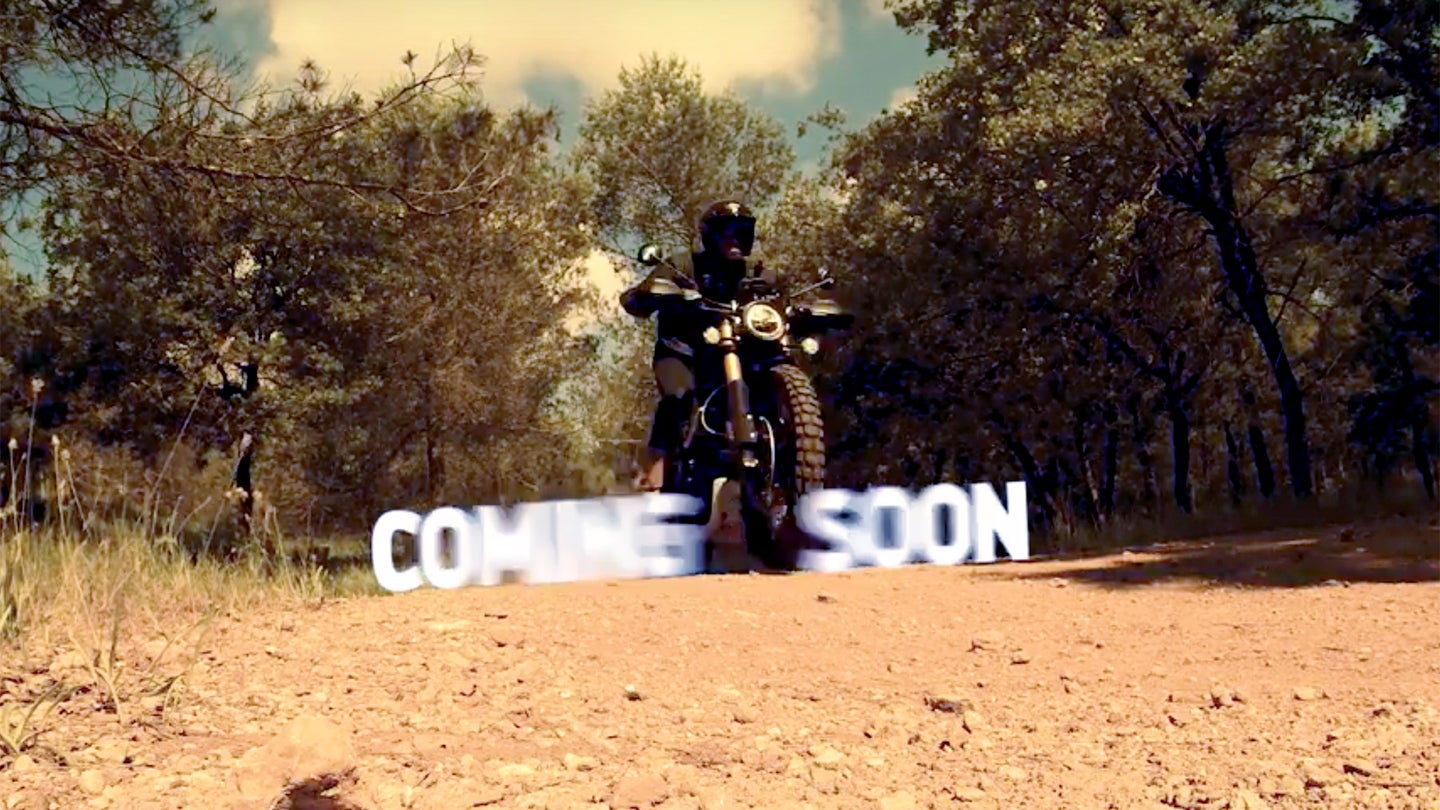 On the heels of the Ducati Scrambler 1100 launch earlier this year, Triumph has released a short teaser video showcasing an all-new Scrambler 1200 as a more substantial alternative to the smaller Street Scrambler. The brief glimpse that we get at the bike doesn't reveal anything too surprising; basically, an off-roady Bonneville. That's certainly not a bad thing.

You may remember the Triumph Scrambler from Jurassic World with Chris Pratt in the saddle dodging velociraptors. While you might not be using it like that, the old Triumph Scrambler based on the corresponding Bonneville was one of the bikes that made modern scramblers extremely popular, along with the Ducati Scrambler and the BMW R nineT Scrambler.

Speaking of the Bonneville, it’s safe to assume that some version of Triumph’s fantastic 1200cc “high torque” eight-valve parallel twin engine will be used in the Scrambler 1200. In the Bonneville T120, that engine makes 80 horsepower and 77 pound-feet of torque.

The current Street Scrambler and the previous Scrambler both use the smaller Bonneville engine from their respective eras. This is the first time a Triumph Scrambler will use a 1200cc engine, which is probably a response to adventure bikes like Triumph’s own Tiger getting more popular in recent years. People like bikes that are capable both on and off-road and if they can report for touring duty with a bigger engine, that just further adds to the bike’s versatility.

The end of the video above encourages us to sit tight until October 24 of this year. That means we can expect a full unveiling on that date with the bike likely making its live debut at the EICMA motorcycle show in Milan in early November. Until then, we’ll keep an eye out for more teasers.

Ducati debuts the bigger and badder Scrambler 1100 at EICMA