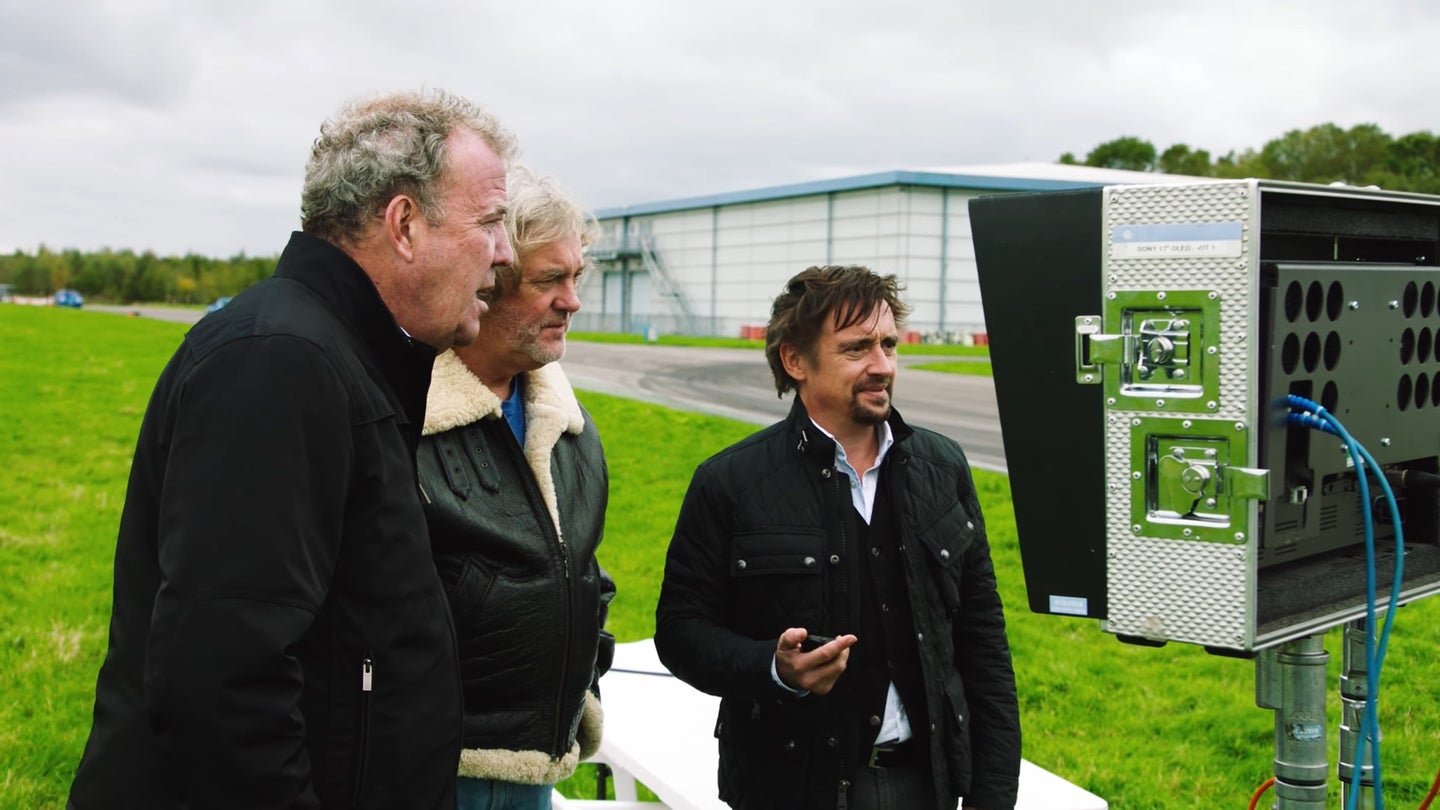 After pulling the plug on The American for Season 2 of The Grand Tour, Amazon's car show has been on the hunt for a suitable replacement. Since Mark Webber's less-than-successful audition, Richard Hammond has come up with a candidate that should make the show's hot laps as entertaining as they are quick: An unnamed, professional stunt driver.

Embarking on an initial tryout lap in front of a skeptical Clarkson and May, the faceless stuntman piloted his Renault Clio RS around the Eboladrome with discipline and vigor... until he didn't. In usual Top Gear, erm, Grand Tour fashion, things didn't exactly go as planned.

To be fair, you can't just park a car carrier that close to a racetrack like that without expecting somebody to jump it.

In the past few months, the Amazon car show has seen the removal of not just The American, but Celebrity Brain Crash (the trio's morbid and ultimately unfunny answer to Top Gear's celebrity segment) and the traveling tent as well. In other words, most of the things that set it apart from their old show on BBC2. It'll be interesting to see how the show stacks up against the current incarnation of Top Gear headed by Matt LeBlanc, Chris Harris who can also be seen on /Drive on NBC Sports, and Rory Reid now that they are, on paper at least, pretty much the same show.