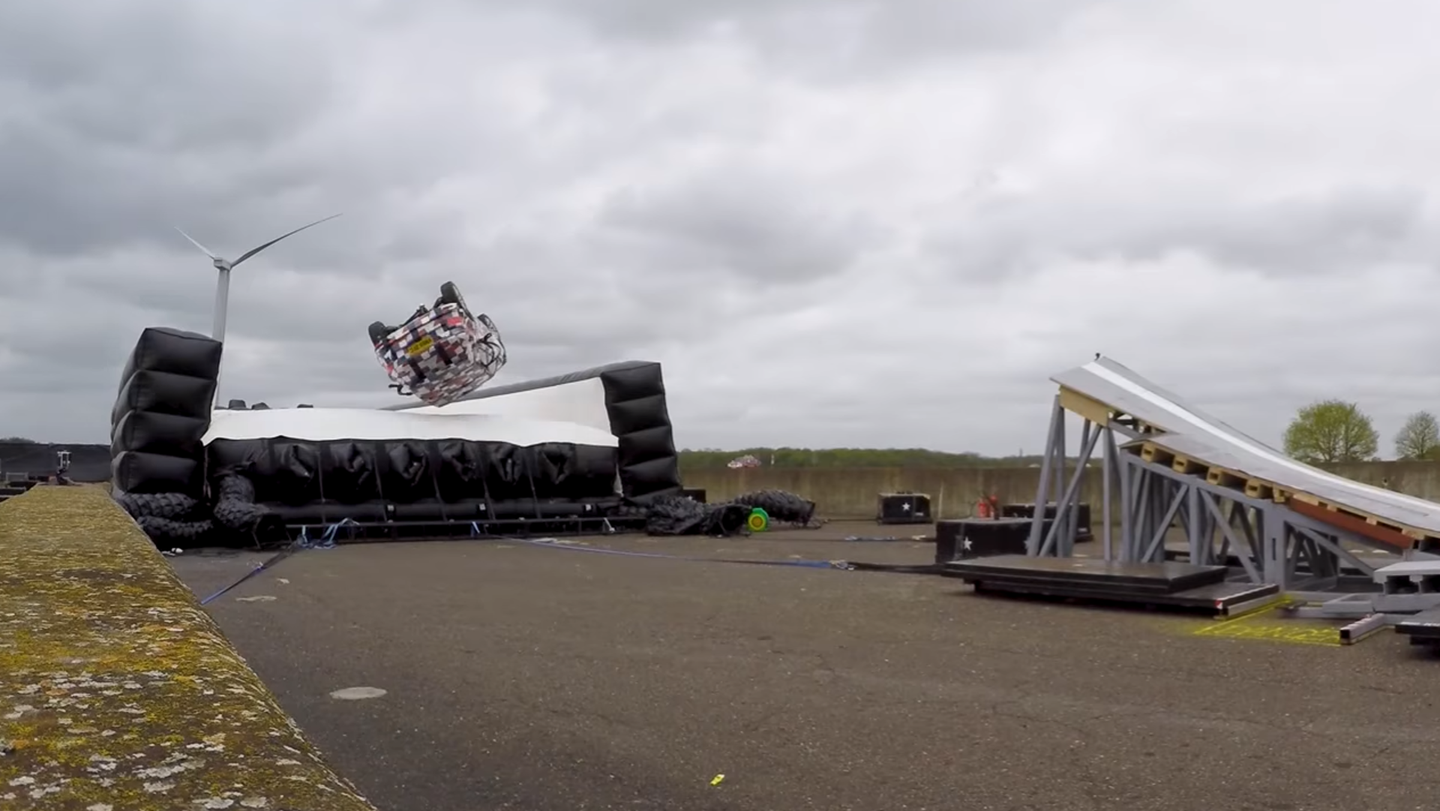 When Jaguar officially launched the E-Pace earlier this month, it did so by showing off one of the compact crossover's less well-known features—the ability to pull off a sweet barrel roll.

Of course, the methods for mastering such a stunt without landing wheels up won't be found in the pages of your owner's manual, but the company decided it was the perfect way to showcase the E-Pace after unveiling the larger Jaguar F-Pace with a full 62-foot loop-the-loop. The goal for the E-Pace: set a new Guinness World Record for the longest barrel roll in a production car by traveling more than 50 feet through the air and rotating 270 degrees.

But how to prepare for such a stunt? We're long past the days of James Bond's famous corkscrew jump from The Man with the Golden Gun, where stunt coordinators used early computer modeling technology to plan it out and stunt driver Loren “Bumps” Willard miraculously managed to land it on the first try, a true one-and-done.

No, Jaguar needed to practice, practice, and practice some more after modeling everything out. And thanks to what looks like the world's biggest moon bounce and a Land Rover Evoque equipped with autonomous driving technology, the team was able to dial everything in over multiple test runs without endangering either veteran stunt driver Terry Grant or the crossover itself. Covered in cracks, dents, and scrapes, the car still took a beating despite the softer landing, and it's pretty wild to watch it flip and roll so violently. It almost looks like a giant kid throwing his Hot Wheels over and over again.

Still, the team pushed on, eventually throwing Grant in the driver's seat for some firsthand experience, switching in an actual Jaguar E-Pace, and replacing the airbag with a real-deal landing ramp. After months of preparation, it was finally time for the show.