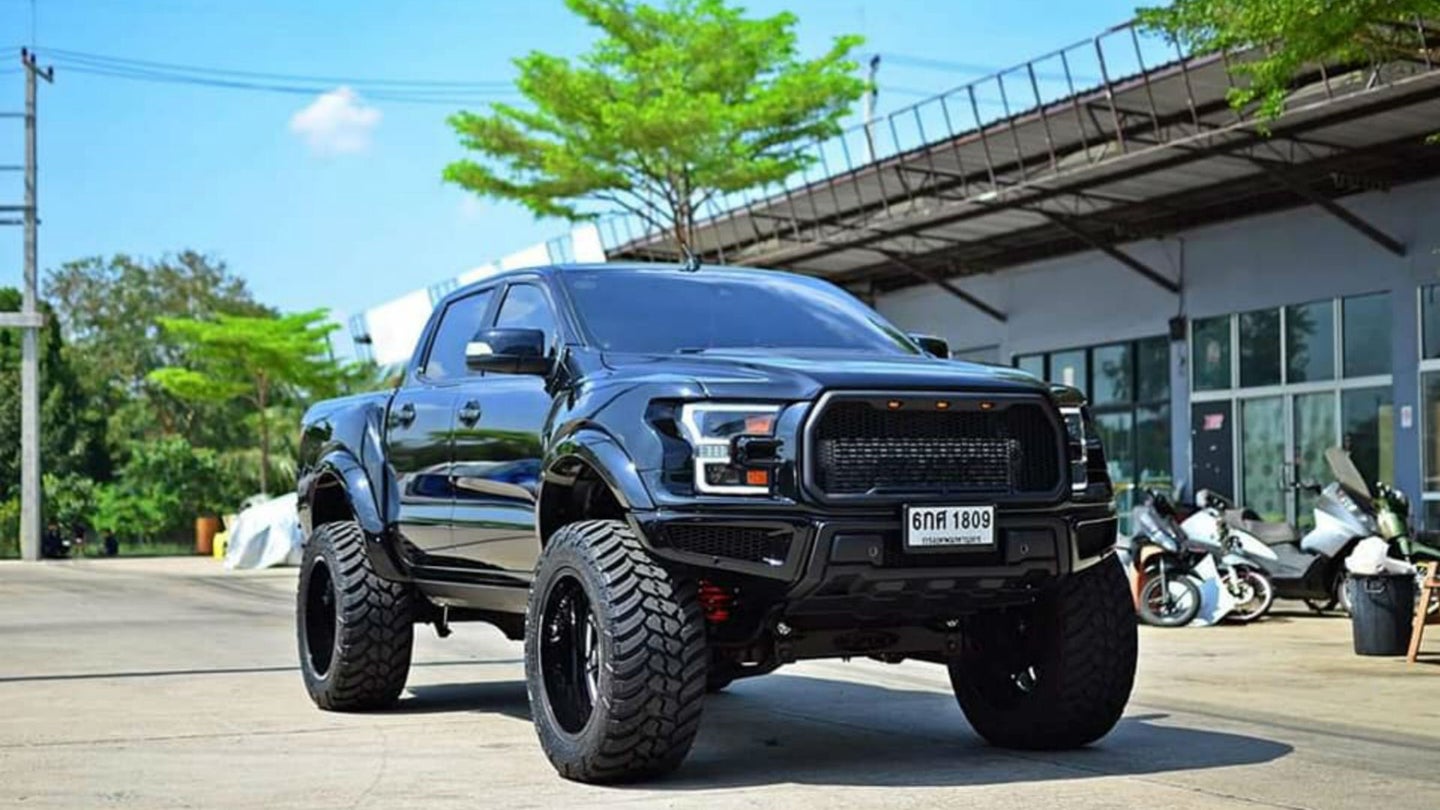 Americans have gotten the shaft when it comes to the Ford Ranger Raptor. The Blue Oval won't bring the agile performance pickup stateside for whatever reason, and aftermarket shops have done their best to recreate the magic with versions of their own. Those in the Philippines, meanwhile, have a similar problem as they can't get the full-size F-150-based Raptor. One tuner has worked to rectify this by converting standard Ranger trucks into half-ton Raptor lookalikes, and the result is...surprisingly good?

It's clear that the proportions are a little wonky, although somewhat reminiscent of the pre-runner Ranger builds we've seen before. Upgraded fenders flare out to house showy, non-factory wheels shod in all-terrain tires, dependent on the customer's desired spec. Most noticeable is the real Raptor's front fascia which is decisively tougher than that of the humble midsizer this truck's based upon. The Ranger's factory tailgate is retained, although the taillights are borrowed from its bigger brother.

Honestly, the fit and finish seem to be okay when going off photos of this black example shared to Kantep Imports' Facebook page. Those painted in white, however, are off as the bright hue shows off the lines that don't match up the way you'd expect them to.

No mention of upgraded performance is made by the shop, and you'll likely be on the hook for your own suspension lift to clear the upsized tires. It'd be wise to find a tune for the Ranger's 2.3-liter EcoBoost four-pot, which is proven to be a torque monster when modified correctly.

The list of included components from Kantep apparently consists of:

Per the company's Facebook page, some details are only available to those who are actually interested in purchasing such a conversion kit. Beware, though, as this is "not a Budget meal," according to Kantep. It'll also take three to four weeks for the body kit to ship.

Regardless, expect to drop a healthy amount of Philippine Pesos—equal to 0.020 U.S. dollars—to score such an, erm, unique kit like this.