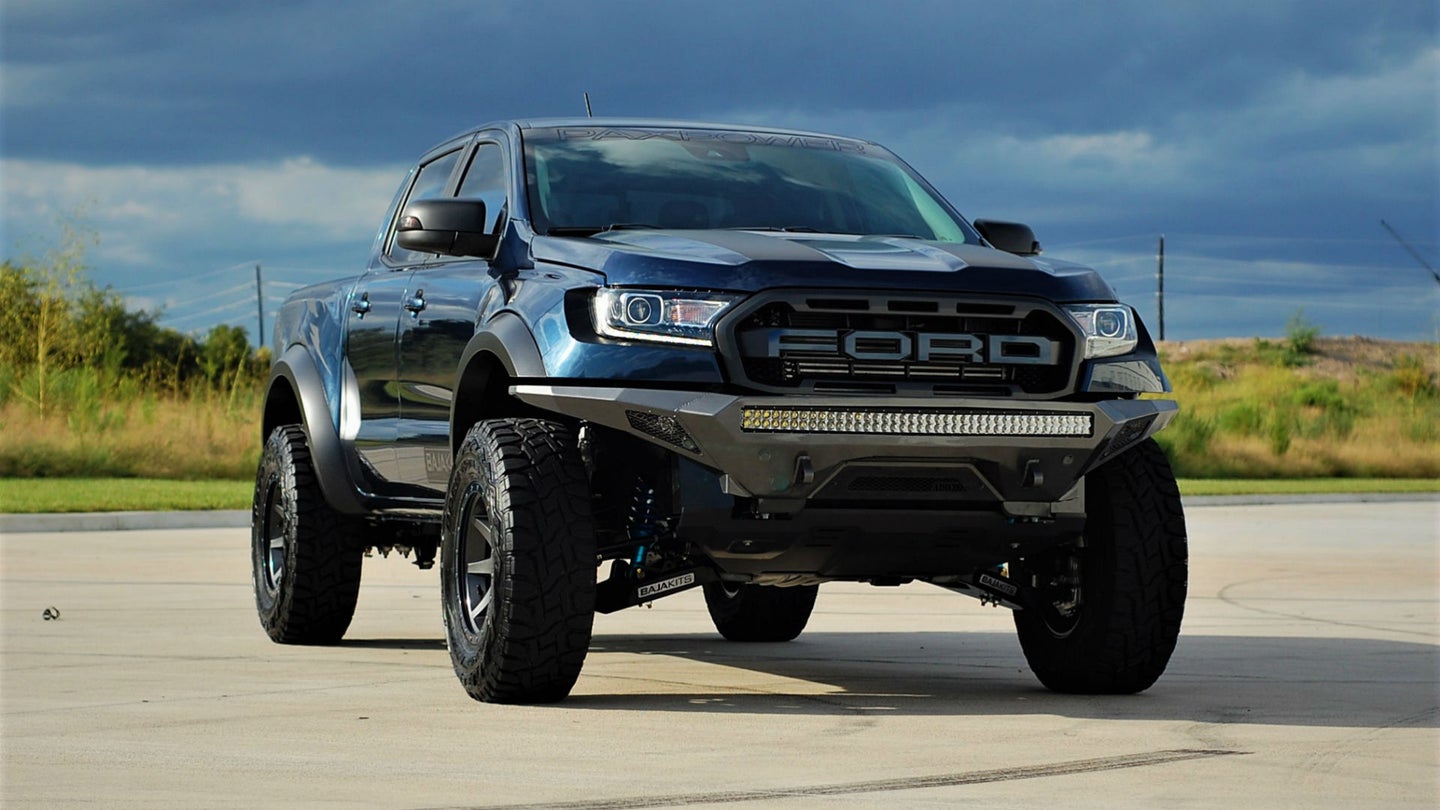 Despite selling an ultra-capable mid-sized off-roader abroad using the Ranger Raptor moniker, Ford simply won't bring the performance pickup to the United States. Whether the Blue Oval automaker will ever change its mind, we couldn't tell ya, but Americans are tired of waiting and some have decided to develop their own versions of the agile truck. Perhaps the most comprehensive replica is coming to SEMA this week, and in reality, the PaxPower-built Ranger is even more capable than the model it mimics.

Rather than scrounging up the relatively limited parts available to us through Ford Performance, PaxPower opted to import components from across the globe while incorporating trick aftermarket bits that make the truck look stellar with the capability to back it up. According to the press release, the headlights and cab are the sole remaining stock components on the exterior with everything else having been custom-fabbed or fitted by the shop. The results of these extra efforts are clear as you can see from the Ranger's aggressive front end to its extra-wide bedside fenders.

While powertrain details are few and far between, the truck supposedly retains its 2.3-liter EcoBoost four-cylinder although in this case, it's been tuned to produce 350 horsepower. That's 140 more hp than the factory version's 2.0-liter, twin-turbo diesel engine makes; however, torque figures are unspecified for the PaxPower Ranger.

Customers will soon be able to order their own example of this high-performance Ranger for about $65,000, which is eerily close to the price of a new F-150 Raptor. Is it worth the step down in size for a step up in performance and exclusivity? Maybe, but we'd have to drive it to say for sure.