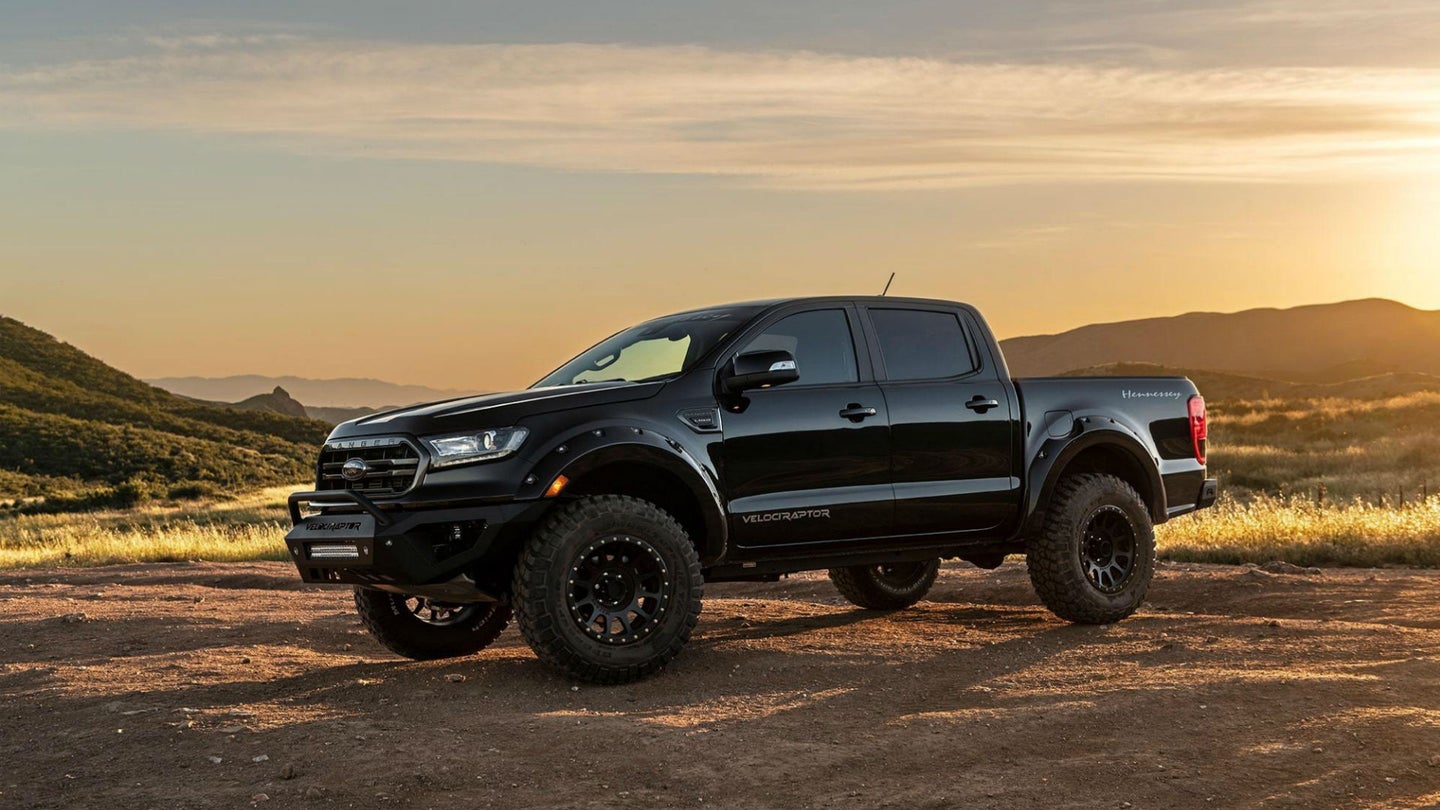 Sadly for those of us on this side of the Atlantic Ocean,Ford won't be bringing its new Ranger Raptor pickup truck to market (at least for now). Instead, we're being teased by a factory-built off-roader that's lighter and more agile than the F-150-based Raptor while looking for ways to build our own version of the midsize machine. Handy enough, we do have an array of specialized performance companies that are more than happy to create souped-up renditions of the Ranger, much like the famous Texas-based tuner Hennessey Performance.

Starting with a stock Ford Ranger, the aftermarket curators upgrade the truck's suspension, engine, and more, resulting in an especially capable 4x4 that produces 360 horsepower and a healthy 440 pound-feet of torque. On pavement, that's good enough for a 4.9-second 0-60 time and 13.9-second quarter-mile run—fast enough to beat the big-boy Raptor in a drag race to 100 mph. Not bad for a 2.3-liter four-banger.

The Hennessey VelociRaptor Ford Ranger is able to accomplish this feat despite a 100 horsepower deficit; trick engine management and low curb weight will do that for ya.

In all, the vehicle is lifted four inches via Hennessey's Stage 1 kit and it rides on 285/70R18 BF Goodrich KM2 Tires. Other aesthetic enhancements include an in-house built front bumper with custom lighting, paint-matched fender flares, and unique badging as well as Hennessey seat embroidering.

Production of the truck is limited to 500 units for the 2019 model year, but remember, that's still 500 more than Ford will bring of the OG Ranger Raptor to America.

Pricing clocks in at $64,950 for Hennessey's baby brute including the price of the truck, or $19,950 if you choose to provide your own Ranger.