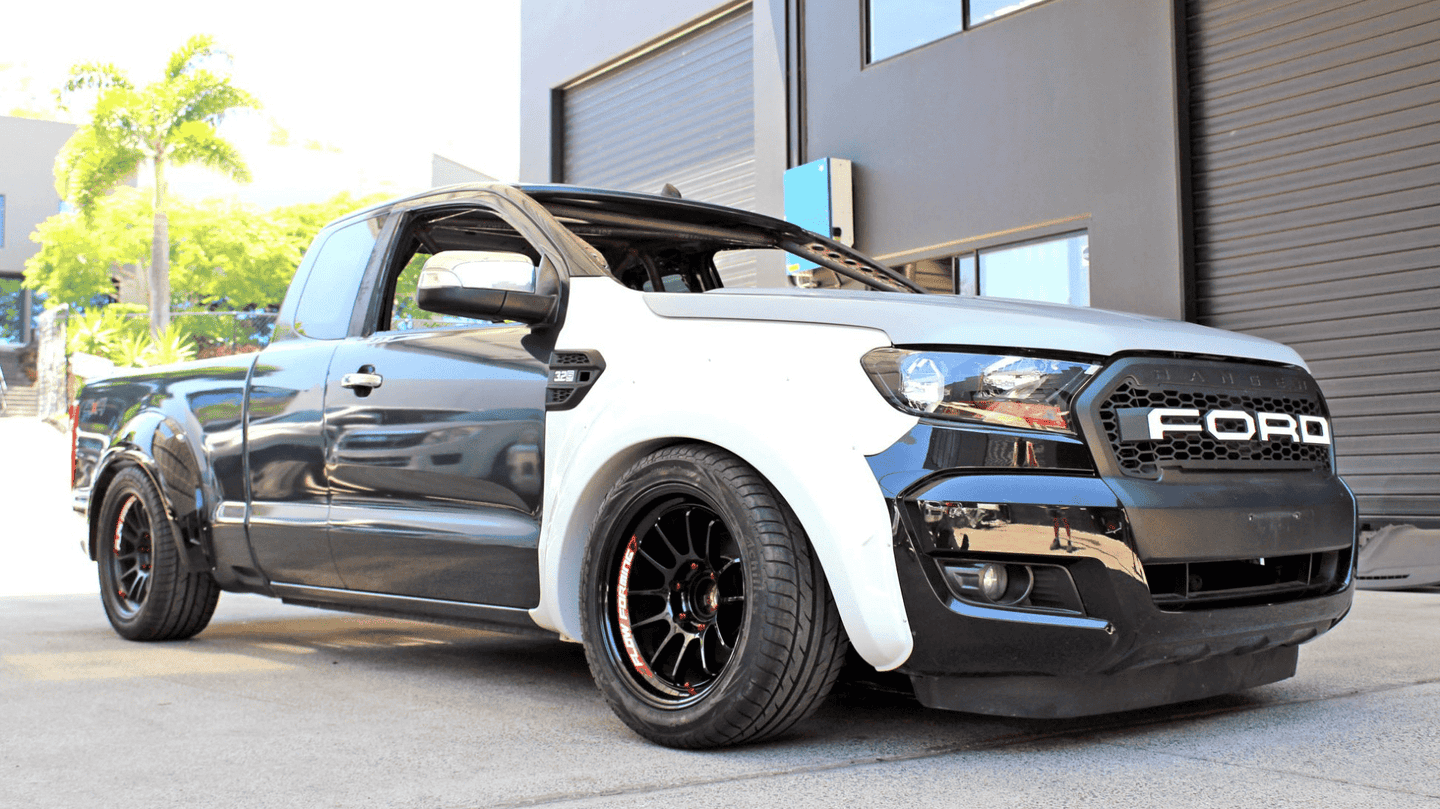 Australians often find themselves as role models for those of us who fall in love daily with radical engine swaps—especially when it comes to big V8s in lightweight packages for the sole purpose of hooning around. They're perhaps the only ones that can out-do us Yanks, and the proof is in the pudding with this supercharged LSA-powered Ford Ranger drift truck.

Built by Gardner Mods and Kay's Fabrication in Queensland, this ute is everything short of practical courtesy of its 6.2-liter powerplant, TR6060 six-speed manual transmission, and four-link rear suspension. It's been altered to the high-heavens with powerslides taking top priority, and all of these modifications have found a home underneath a now-menacing Ford Ranger body.

The two shops took on the project with expectations of fabricating essentially everything from scratch given the normally unassuming Ranger's construction. Kay's Fab worked up a C-notch underneath the bed to fit the beefed-up Ford 9-inch rear end, and a roll cage has been added to keep up with safety regs at the truck's new home: the track. The body was lowered and creates an aggressive stance that's complemented by sizable fender flares and an increased steering angle.

Out back, you'll again find a plethora of new parts that certainly didn't roll off the assembly line with the pickup. The aforementioned modified suspension can be spotted when the bed is lifted and a competition-spec fuel cell is also there to keep the potent V8's thirst quenched. The look is topped off by a rear-wing that's low and wide rather than tall and sharp-angled, reinforcing the concept that this is one muscle-centric machine.

The real glory, however, is at the front. From the factory, the blown 6.2-liter LSA boasts 556 horsepower and 580 pound-feet of torque. While you can usually find the big-boy brute nested under the hood of a Chevrolet Camaro ZL1, it looks even more magnificent in the place of the pickup's old four-cylinder.

There's no telling how much it cost to build this pickup-turned-performance-junkie, but it's safe to assume that the total investment is considerably higher than that of a new Ranger Raptor. Given the deficit in performance and absolute coolness, though, we'd happily fork over the extra scratch for something like this even if it can't crawl over much more than a pebble or leaf.

This ‘Drift Bus’ is the BMW V8-powered delivery vehicle of your dreams. But it doesn’t deliver packages—it delivers smiles.