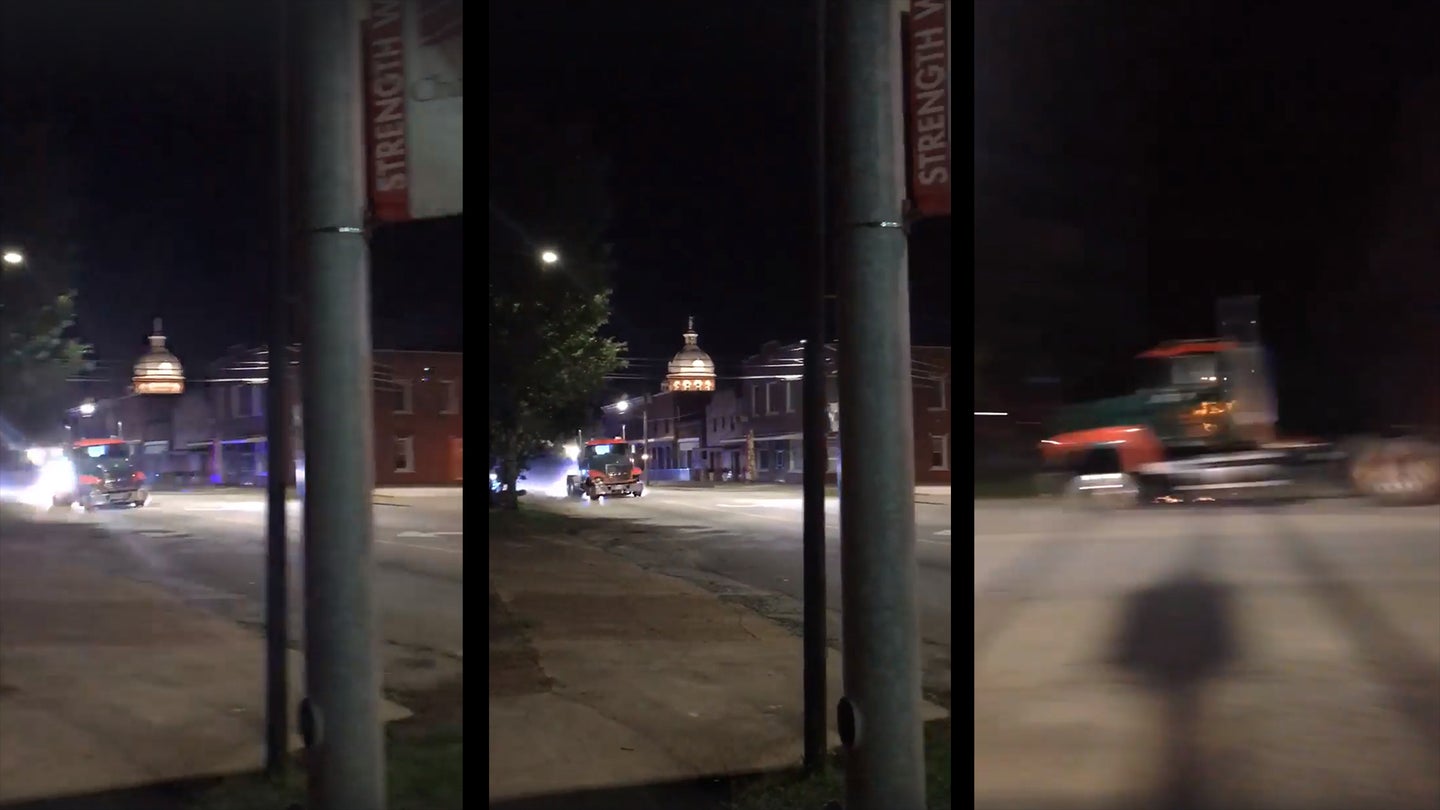 A crazed truck driver led police on a massive high-speed chase through multiple counties in Alabama early Friday morning. The chase involved a classic-cab, full-size Mack semi truck and initially began in Randolph County before tearing through Lee County, then on through Russell County near the Alabama-Georgia border between Columbus and Montgomery.

According to authorities who spoke to reporters, the chase began sometime after midnight along Highway 431. The chase cut through several small towns, giving locals the opportunity to take to social media with their cell phones and capture the chase as it sped by them. It escalated to the point where police were forced to use spike strips against the Mack truck, which took out its two front tires.

But that didn’t stop the suspect as he kept driving, eventually causing the tires to disintegrate completely, ending up in a bright and spectacular spark show as the truck continued driving on its bare metal wheels. The rear drive wheels were unaffected by the spike strips, allowing the truck to remain in motion.

Upon entering Russell County, the driver reportedly lost control of the truck on Highway 51, also known as Marvyn Parkway, where he crashed into the center median. Police were able to then converge onto the truck and apprehend the suspect. When officers pulled him from the wreck, they were forced to use a taser on the driver to subdue him. He was then taken into custody suffering only minor injuries.

Running from and evading the police won’t be the only charges the man will be facing as he reportedly damaged one of the pursuing police SUVs during the chase. But due to the time at which the chase occurred, no other drivers were involved, thankfully.