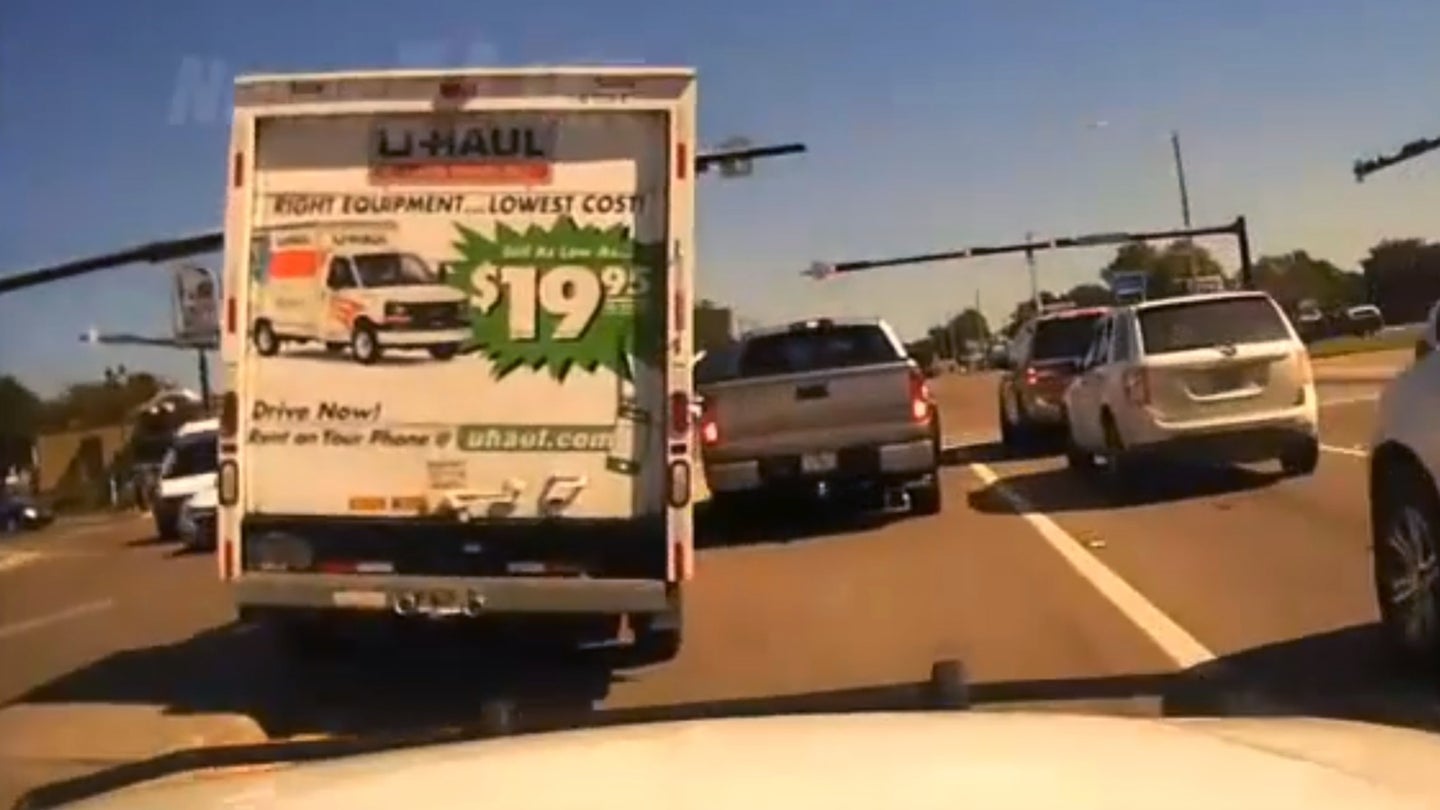 Florida man had himself a busy week on both sides of the law. On Friday, the Columbia County Sheriff's Office released dash cam video of a dramatic high speed police chase involving a convicted felon and a wanted man fleeing from officers in a GMC G-3500 U-Haul box truck.

According to a department press release, a deputy pulled the truck over on I-75 outside Lake City, Florida after witnessing the duo make an improper lane change that almost caused a crash. He reported smelling marijuana in the cab when he approached, and the driver didn't have any identification on him. Neither the name nor date of birth he gave came up in a computer check, and he sped away as the officer began to walk back to question him further.

The resulting pursuit was a vintage COPS-style police chase, though we shouldn't lose sight of the fact that it ended in a crash that sent five innocent bystanders to the hospital with minor injuries. According to News 4 Jax, the driver reached speeds of 87 mph in the box truck, which is definitely not covered by the rental agreement. He eventually exited I-75 and careened through several major intersections on U.S. 90 in Lake City before finally running a red light, t-boning a pickup truck, and triggering a chain reaction collision that wrapped up two other cars.

In a final comedic twist, the driver's pants fell down as he tried to run away. Both he and his passenger were quickly apprehended.

As the wheelman, 24-year-old Akeem Davis was charged with giving a false name, felony fleeing, felony hit and run, and possession of a firearm by a convicted felon. His passenger, 29-year-old D'Angelo Harden, was wanted in three states for fraud, providing false identification to law enforcement, and marijuana possession. Both men are currently cooling their heels in jail.

Unfortunately, the most interesting question will go unanswered—the Columbia County Sheriff's Office declined to disclose what was in the back of the truck, only that it was related to a fraud investigation.