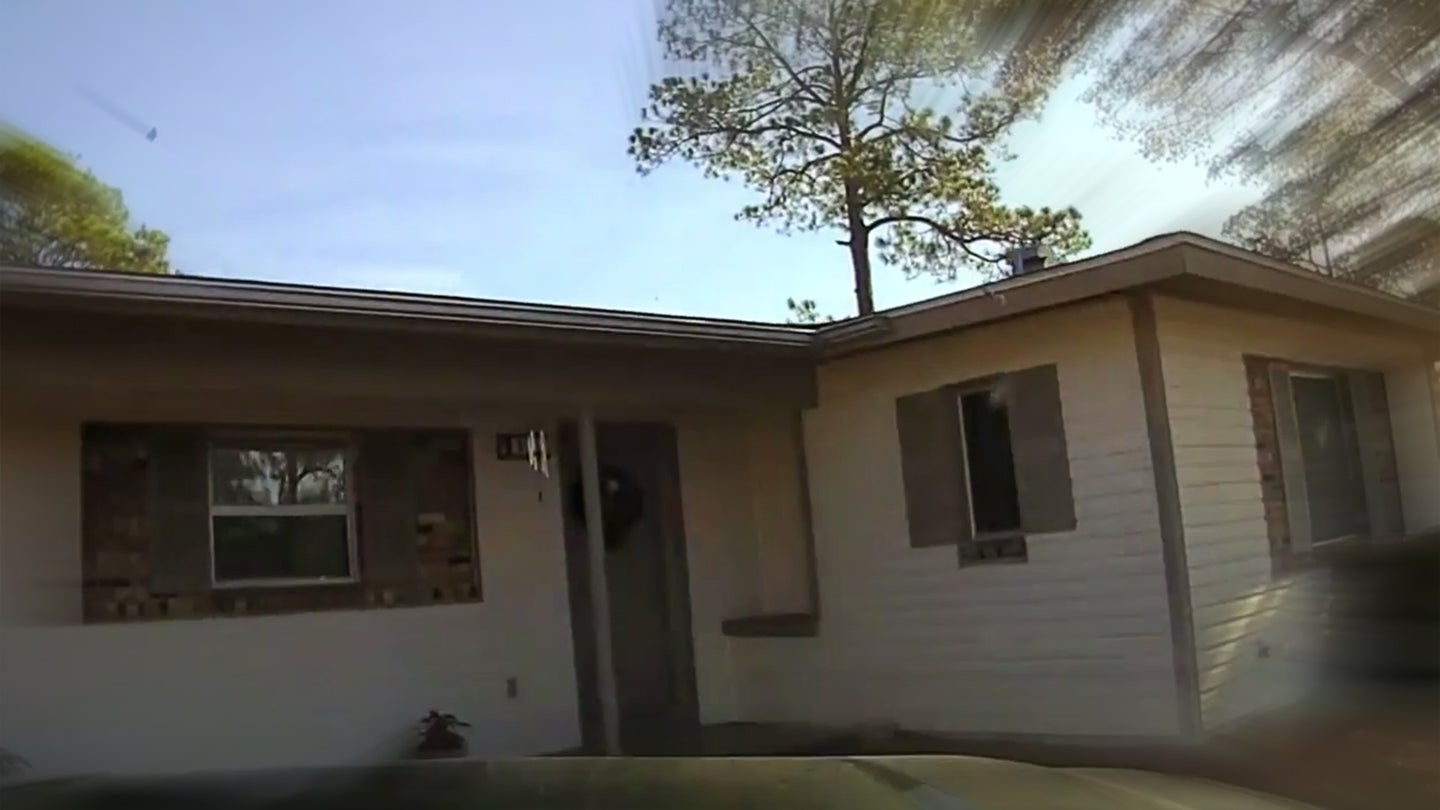 The Florida State Attorney's Office unsealed the video this week, which was recorded back in November 2016 on a standard-issue police dashboard camera. The footage shows the deputy backing up out of the driveway of a small one-story home and stopping across the street, his Tahoe pointed directly at the open front door. It's sunny, but the windshield wipers are on. A woman stands in the doorway briefly before stepping inside and closing it; seconds later, after waiting for a car to pass, the deputy floors it and drives directly through the front of the house.

Thankfully, the woman in the home wasn't injured. 57-year-old Timothy Taylor was charged with two counts of criminal mischief and a DUI charge, though WEAR-TV reports he plead no contest and was sentenced to two years probation. He also resigned from the Escambia County Sheriff's Office and paid a combined $55,000 in damages for the Tahoe and the house, according to ABC News.

Taylor had reportedly stabbed himself and taken Xanax prior to the incident, telling police he was upset over his marital problems.