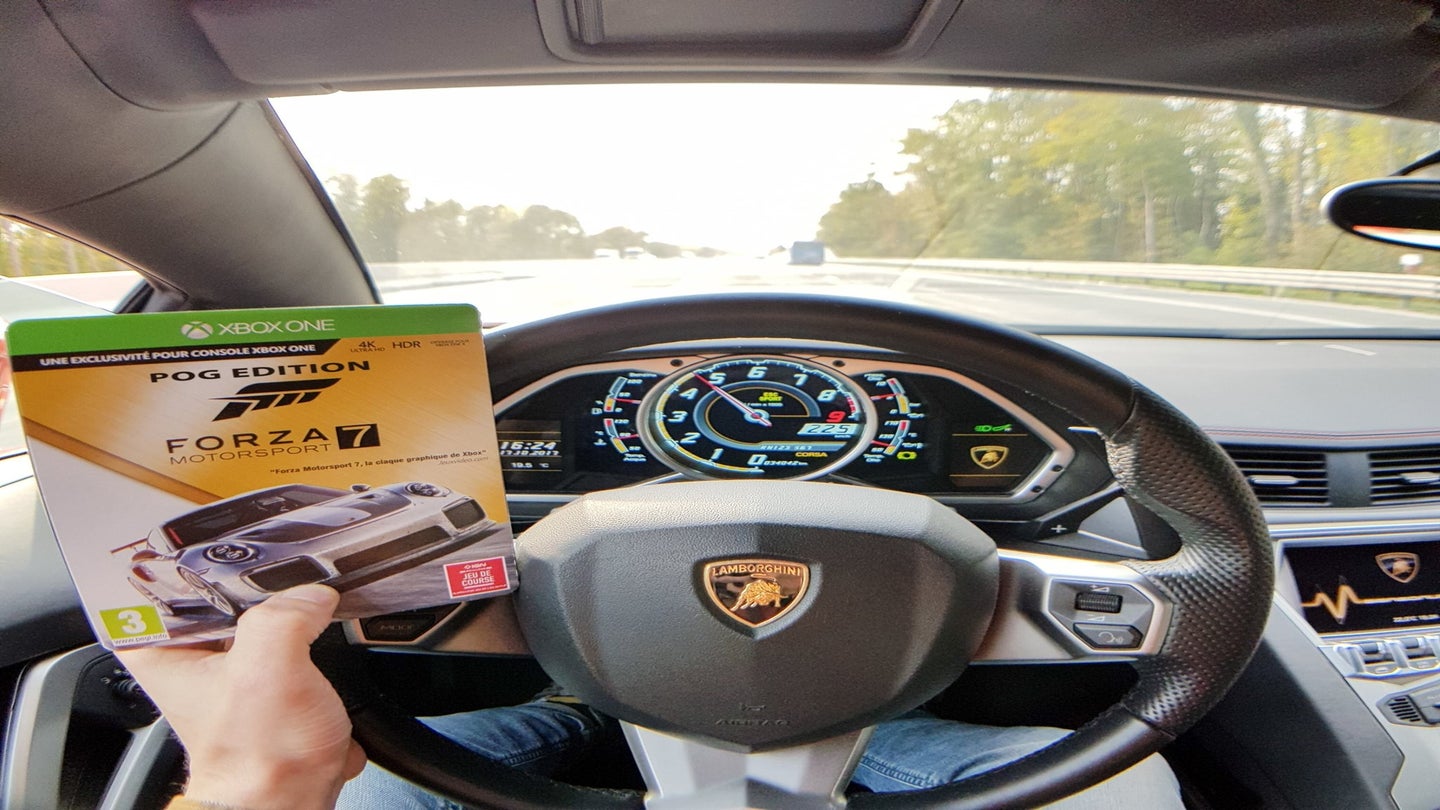 Earlier this month Forza Motorsport 7 was released for Xbox One. Gamers around the world loaded the game up and most grabbed their Xbox One controllers while the hardcore Forza players had their wheel set ups, but all of them including myself are doing it wrong.

Car and gaming enthusiast POG, who has participated in the famed rally the Gumball 3000, went a different route. He chose to drop the hand held Xbox One controller and drop the faux wheel set up and went for a unique set up. He used his Lamborghini Aventador as his Xbox One controller. While having the worlds most expensive Xbox One Forza 7 controller he also owns a Ferrari 458 Speciale Aperta and a McLaren 675LT, so his Forza Motorsport 7 car selection screen is even better than the rest of ours.

POG went and got his game at his local retailer like most of us, but unlike the us he picked his game up in the controller he would be using, his Lamborghini Aventador.

Once he got the game back home the hard work began. His set up was an undertaking to say the least. He parked the Aventador in his garage and began adding tech to and on the car. He put a projector on the roof, ran cables from sensor pads under the front wheels to a computer rig, lights taped to the side of the car, the Xbox One running on the engine bay, keyboard on the wing, and a real helmet and driving gloves to top it off.

Best part is it all appears to work. I am sure he will get some hate and get told he should just take his Lamborghini to the track instead of playing a game in it, but I respect an owner doing a unique thing with their car.

Check out his video below and enjoy.

Driving, collecting, tuning, painting… get achievements for all of it.