The 759 horsepower Lamborghini Aventador SVJ has reportedly beaten the Porsche 911 GT2 RS’s time around the Nurburgring. 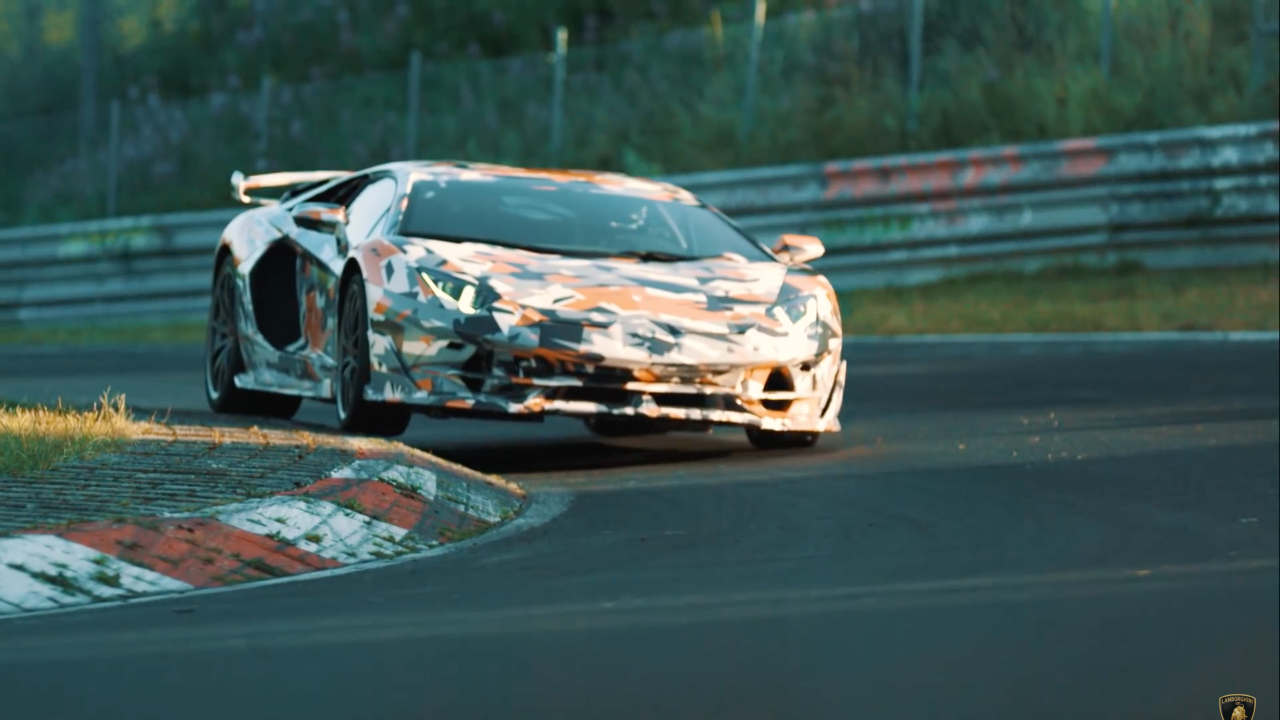 Lamborghini teased a Nürburgring lap record attempt last Friday when it released a video of its Aventador SVJ supercar prowling the racetrack Sir Jackie Stewart referred to as "The Green Hell." A report dated Tuesday alleges that the Aventador SVJ's record attempt was successful, and that it has dethroned the 700-horsepower Porsche 911 GT2 RS as the production car lap record holder.

This information came forth through German publication Auto Motor und Sport, which claims that the Aventador SVJ set a time of 6:44.97, more than two seconds faster than the Porsche's official time of 6:47.3. If true, the Aventador would have found this success through its reported 759 horsepower, 59 more than the GT2 RS makes, of which easy control is maintained through the Aventador's all-wheel-drive system. Lamborghini's YouTube channel has spent the last several days trickling out teasers of the Aventador SVJ that boast of the supercar's performance, possibly as a buildup to the official lap record's announcement.

Lamborghini's last Nürburgring record attempt with the Huracan Performante, which beat the then record-holding Porsche 918 Spyder's time by five seconds, was met with skepticism. Some pointed out discrepancies between the Huracan's speed shown in the video and that shown in the 918's, where the Huracan showed lower speeds throughout, but somehow posted faster times.

The Italian carmaker can settle the argument by sharing a video of its new alleged record lap, and going by its hype-building on YouTube, it seems poised to do so any day now.

The Drive reached out to Lamborghini for confirmation of the supposed lap record, and Porsche for its own reaction. We will update as we hear back from each.

This issue, if not fixed, could severely increase the risk of crash and injury.