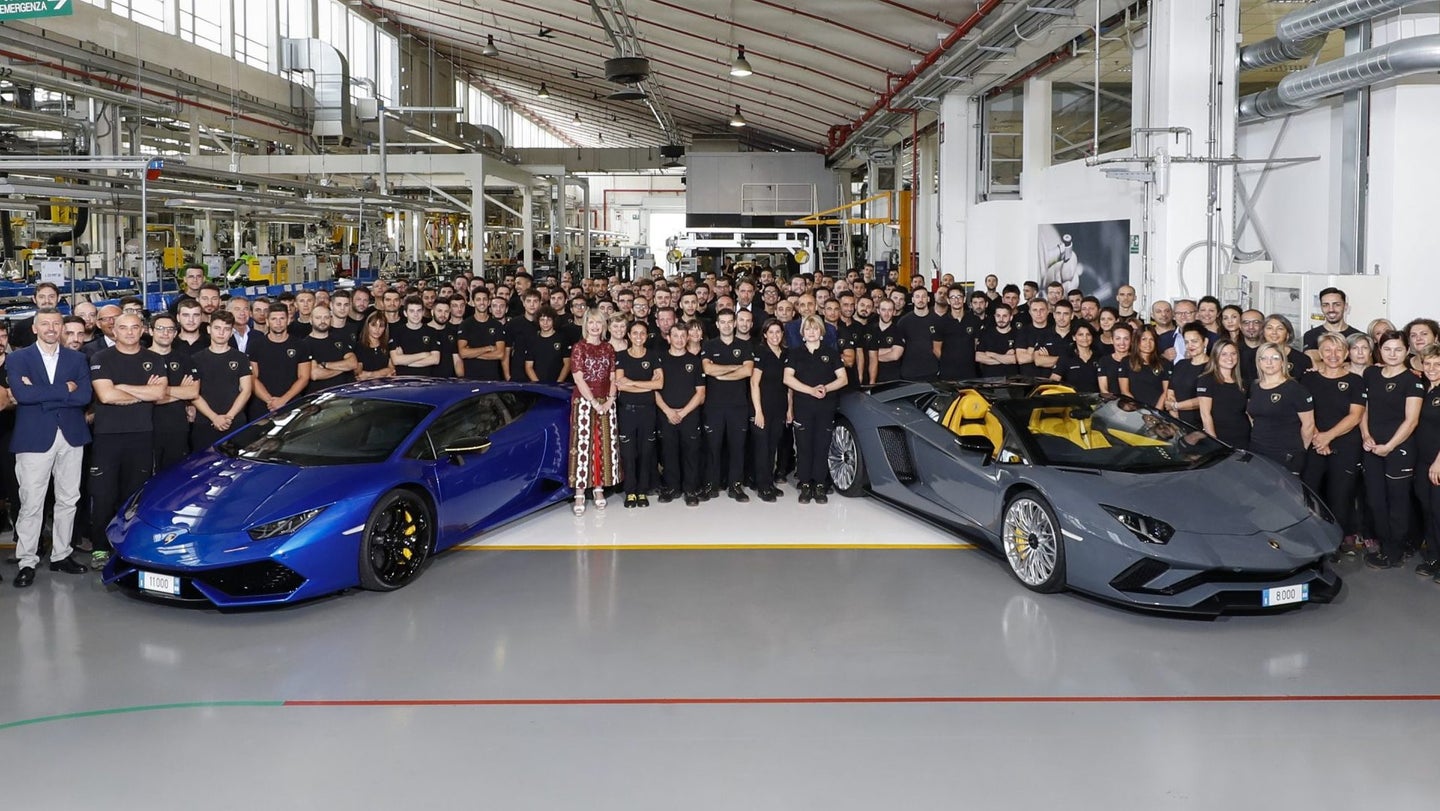 On Tuesday, Automobili Lamborghini announced that it had reached two production milestones: 8,000 Aventador supercars built, and 11,000 Huracans. Aventador number 8,000 is an Aventador S Roadster, painted Grigio Telesto grey and destined for the Japanese market. Huracan 11,000 is painted Blue Nethuns and destined for delivery in Lamborghini's home market of Italy.

Lamborghini stated in March that it had passed the 10,000 Huracan mark, putting the model's production at almost 250 units per month, or approximately eight cars per day. The prior Aventador milestone of 7,000 was announced last October, placing monthly deliveries in the low three-figure window. The company's overall car deliveries have accelerated 11 percent during the first half of 2018, totaling 2,327 cars, putting the company on track for an eighth consecutive year of record sales.

Despite these sales figures, rival British supercar manufacturer McLaren outsold Lamborghini in the U.S. during the first four months of 2018, though a lack of available statistics preclude a more current data set. Lamborghini is expected to bungee back past McLaren with the introduction of its new Urus crossover, which will further plump up the company's sales in today's crossover-hungry market.

The ongoing success of Lamborghini's oldest model in its lineup—the Aventador—may push the timeline for the car's replacement further into the future; its current ETA is less than five years out. A naturally-aspirated, hybrid V12 is expected to power the Aventador's successor, the styling of which will likely be portended by limited-edition, Aventador-based supercars late in the car's model cycle, as was seen by Lamborghini's previous product lineup.

As the new flagship V12 Lamborghini is not expected for at least five years, however, sales of the unique, naturally-aspirated, all-wheel-drive Aventador will likely hold strong, given the low likelihood of a competitor entering the market.