We finally meet the fastest production car to ever lap the 'Ring (so far). 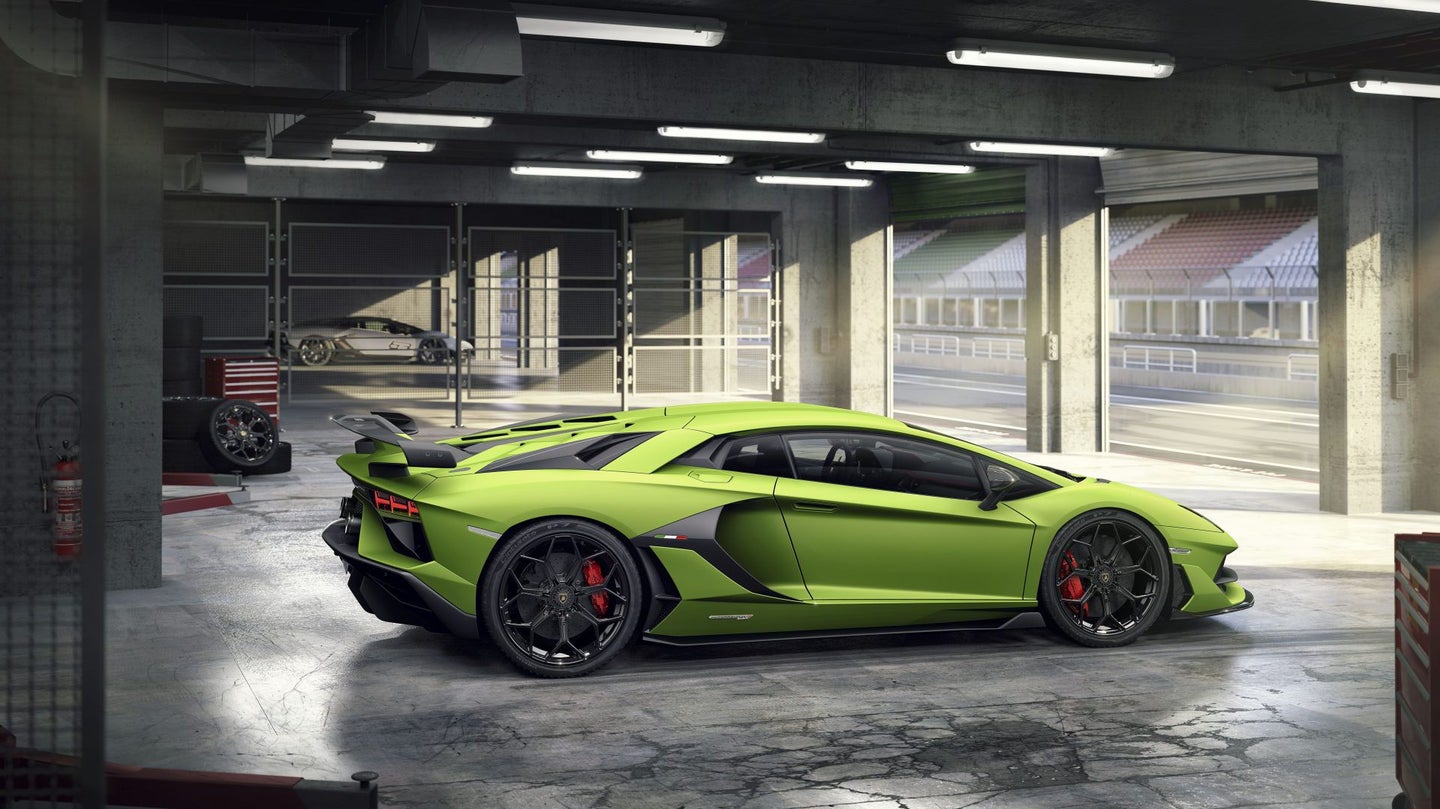 Topline: Already holding the title of fastest production car to lap the Nürburgring, the SVJ is the most extreme Aventador yet.

What's New: Billed as "the pinnacle of Lamborghini V12 super sports cars," the Aventador SVJ runs a naturally-aspirated, 6.5-liter V12 producing 770 horsepower—20 more than the SV but 19 less than Ferrari's 812 Superfast—and 531 pound-feet of torque delivered to all four wheels through a seven-speed automatic transmission. The result? Zero to 62 miles per hour in 2.8 seconds and a top speed of over 217 miles per hour. 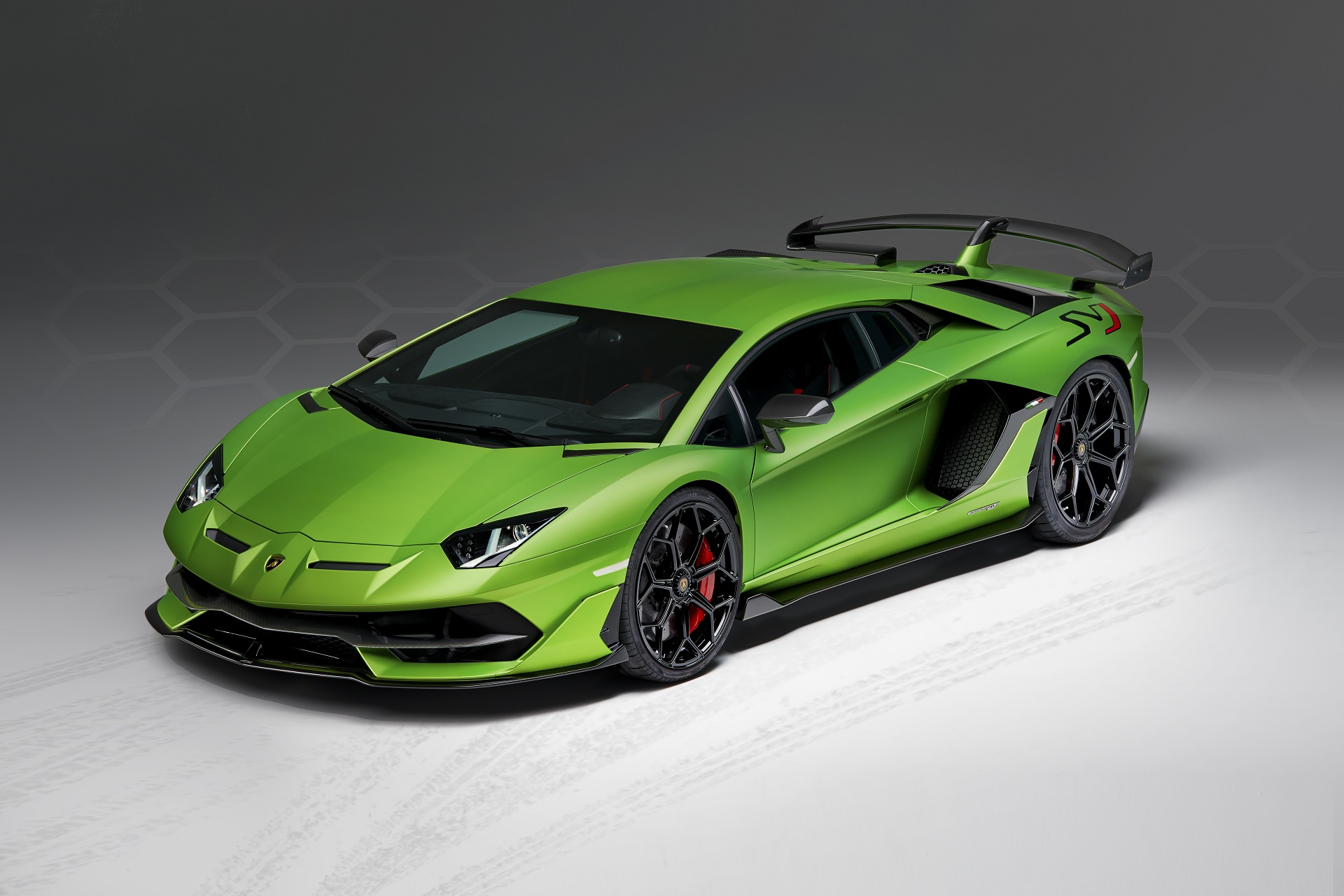 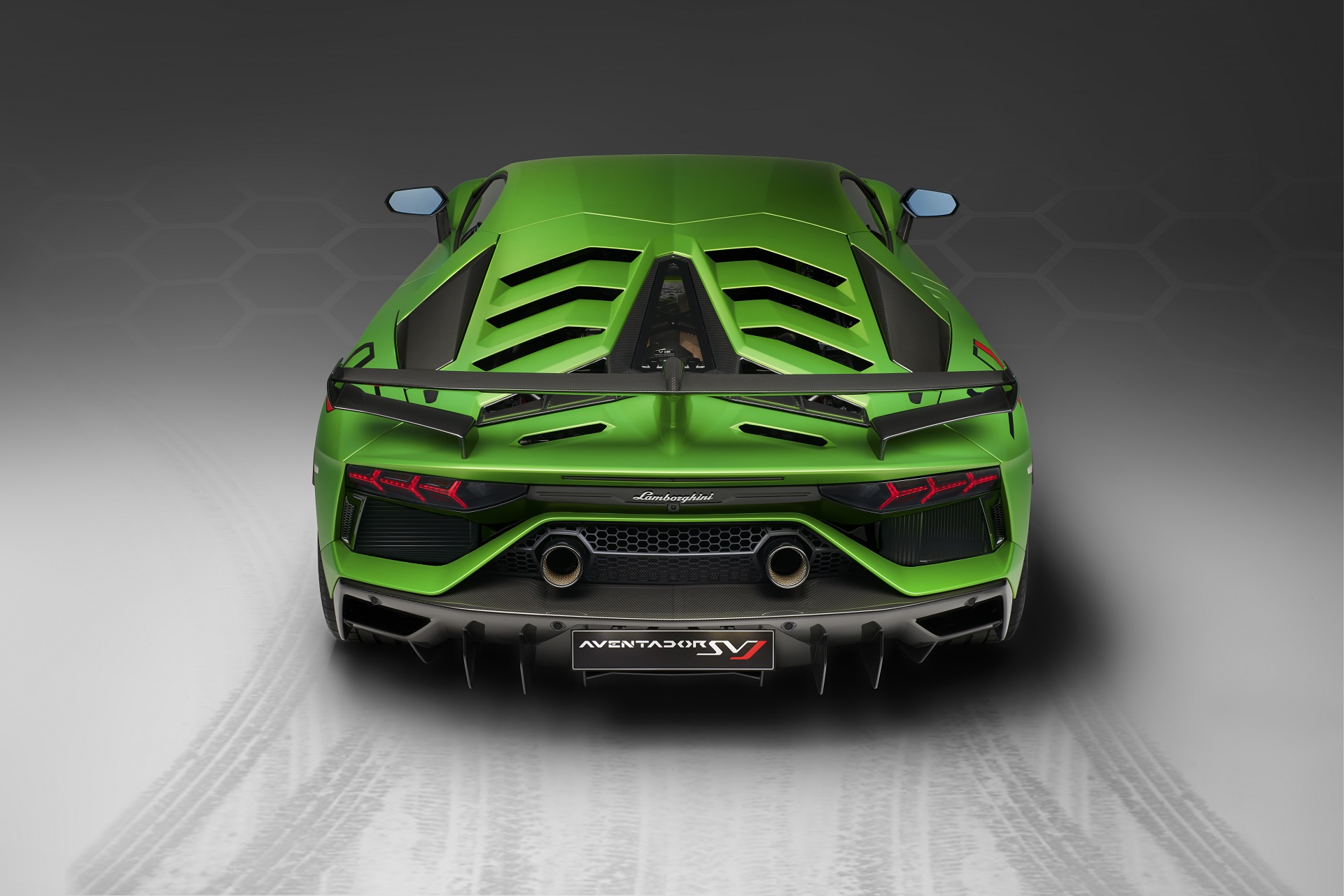 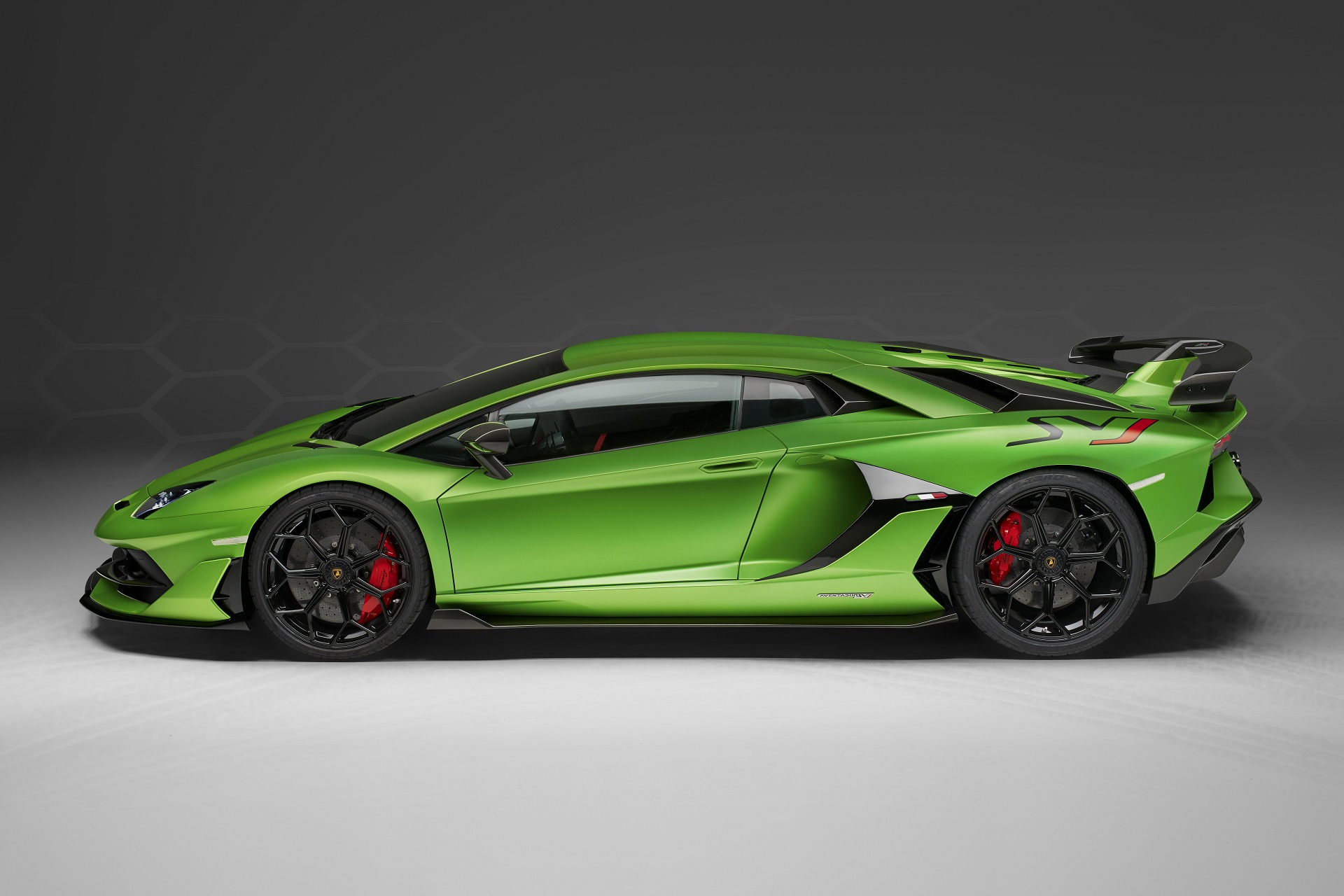 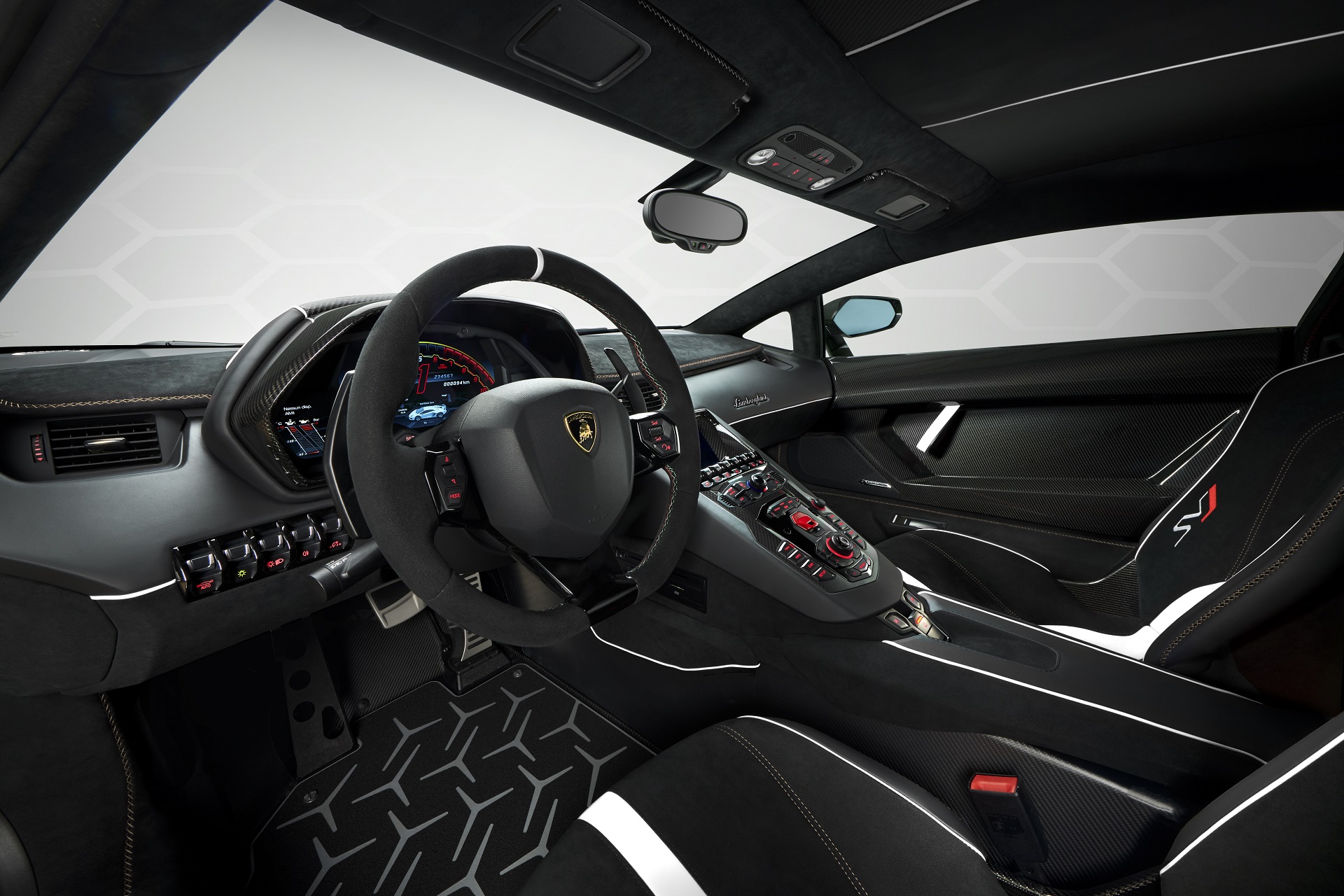 If this were a drag car, that would probably be all you need to know. However, this is a Lamborghini that needs to be fast around bendy, hilly race tracks and for that, the SVJ features the second generation of Lamborghini's trick ALA (Aerodinamica Lamborghini Attiva) active aerodynamics system, as you could probably tell from the styling.

First seen in the dominant Huracan Performante, all those new ALA wings, vents, scoops, splitters and fins are anything but decorative. Flaps in the new front splitter and engine cover can redirect air in under half a second, alternating between low drag for higher straight-line speeds and high downforce for more grip through corners. The new rear wing's left and right air channels can be opened and closed independently, allowing the car to ramp up downforce on one side to counteract body roll. The system was arguably how the aforementioned Performante lapped the Nordschleife in 6:52.01 and Lamborghini says it's further improved it for the SVJ. Overall, this car produces 40 percent more downforce than the relatively pedestrian Aventador SV. 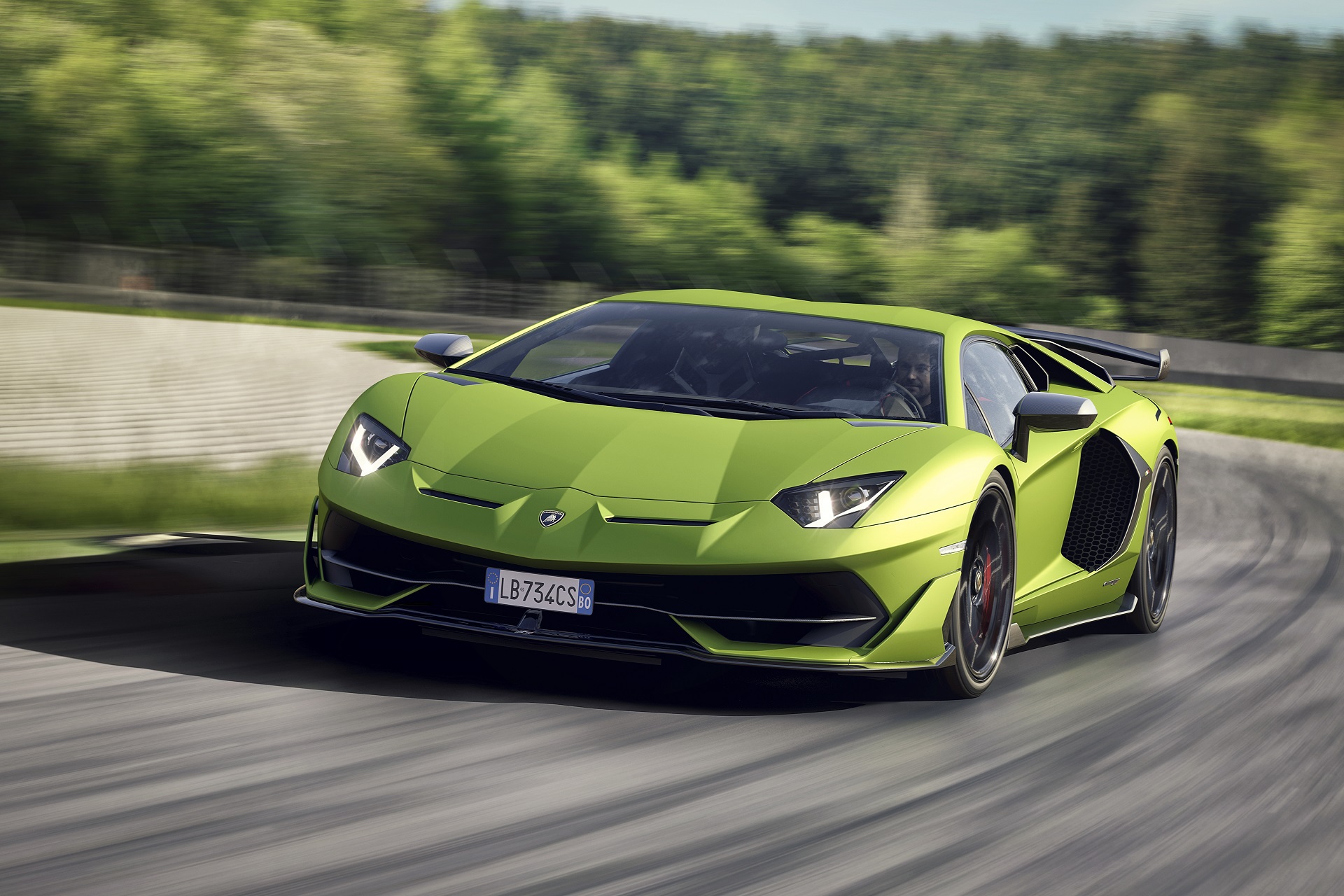 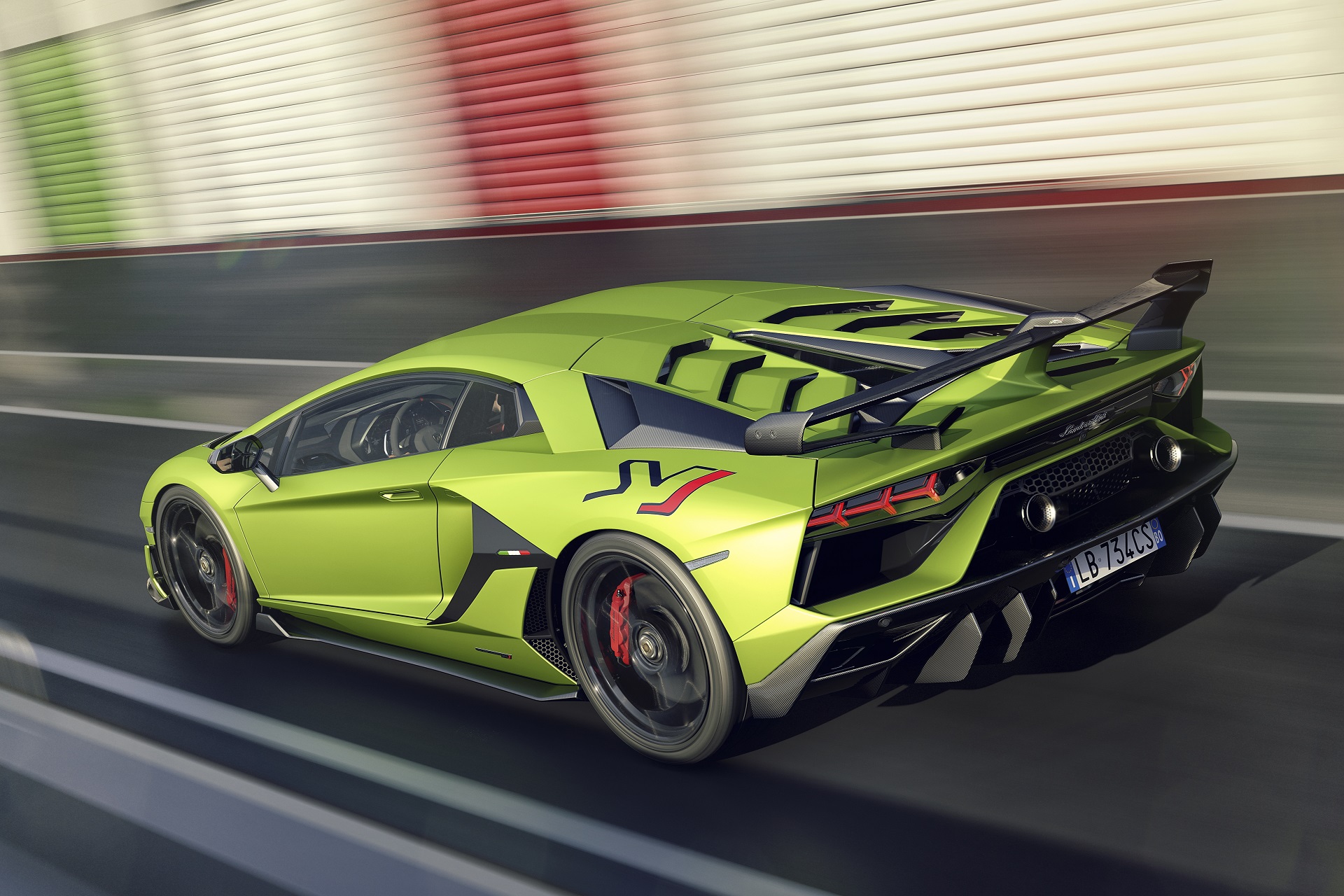 Quotable: "The Aventador SVJ is an innovative car and represents the absolute pinnacle of our super sports car product range," said Lamborghini CEO Stefano Domenicali. "The challenge to Lamborghini designers and engineers was to improve the purest essence of the Lamborghini super sports car, drawing on every inspiration from a spaceship to a jet fighter: all the most exceptional examples of super-fast, super-athletic, aerodynamic superiority."

What You Need to Know: Making its way around the Nürburgring Nordschleife in just 6:44.97 in July, the Aventador SVJ is (for now) the fastest production car to ever lap the Green Hell, besting Porsche's 911 GT2 RS by over two full seconds.

As you might have imagined, however, those bragging rights don't come cheap. Lamborghini is charging $517,770 for each SVJ Aventador and will only make 900. If that isn't quite exclusive enough, Lambo is also building a special edition called the SVJ 63. With "63" emblazoned its door and frunk, the car pays tribute to the fact that Lamborghini was founded in 1963 and will be limited to—you guessed it—just 63 units. 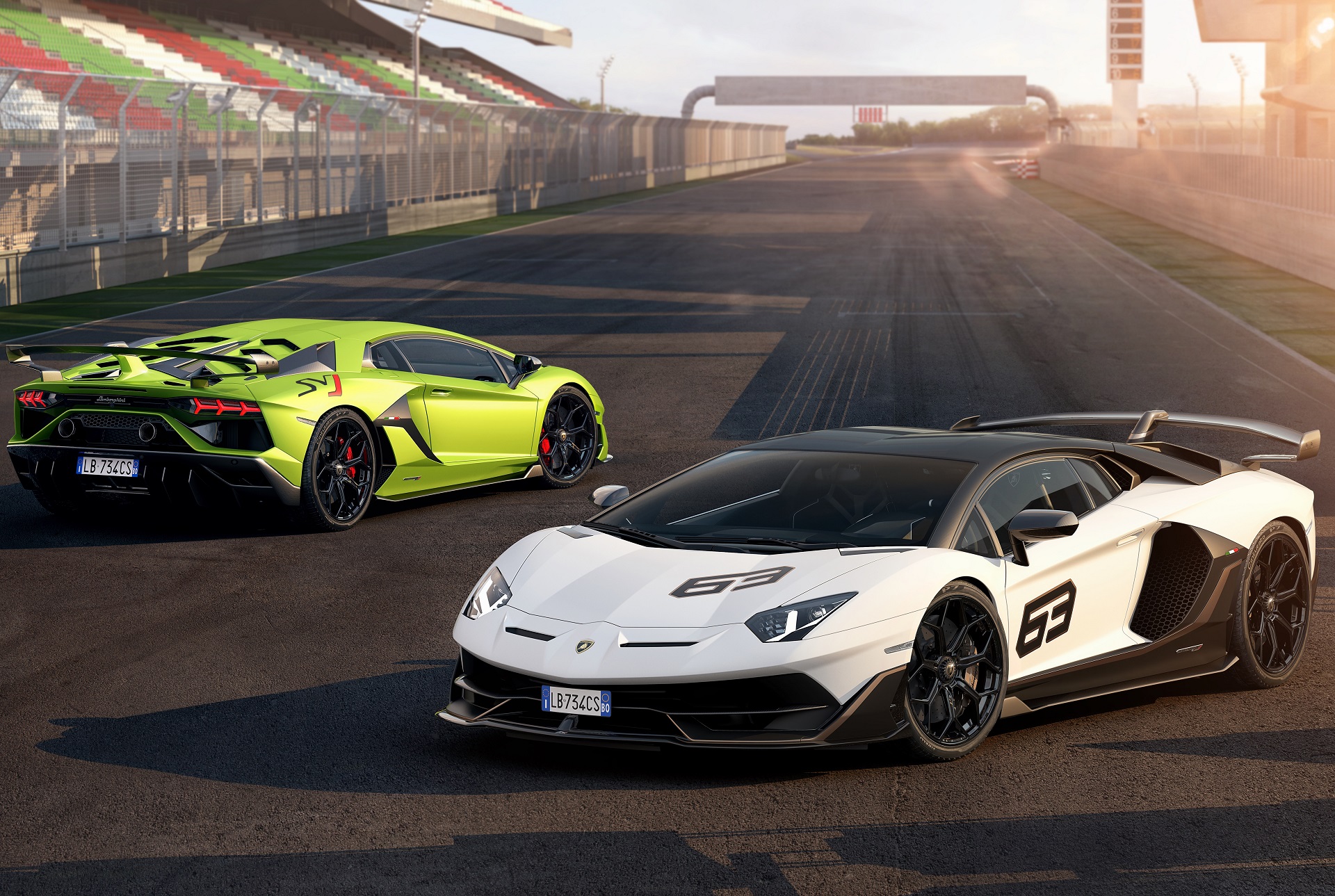 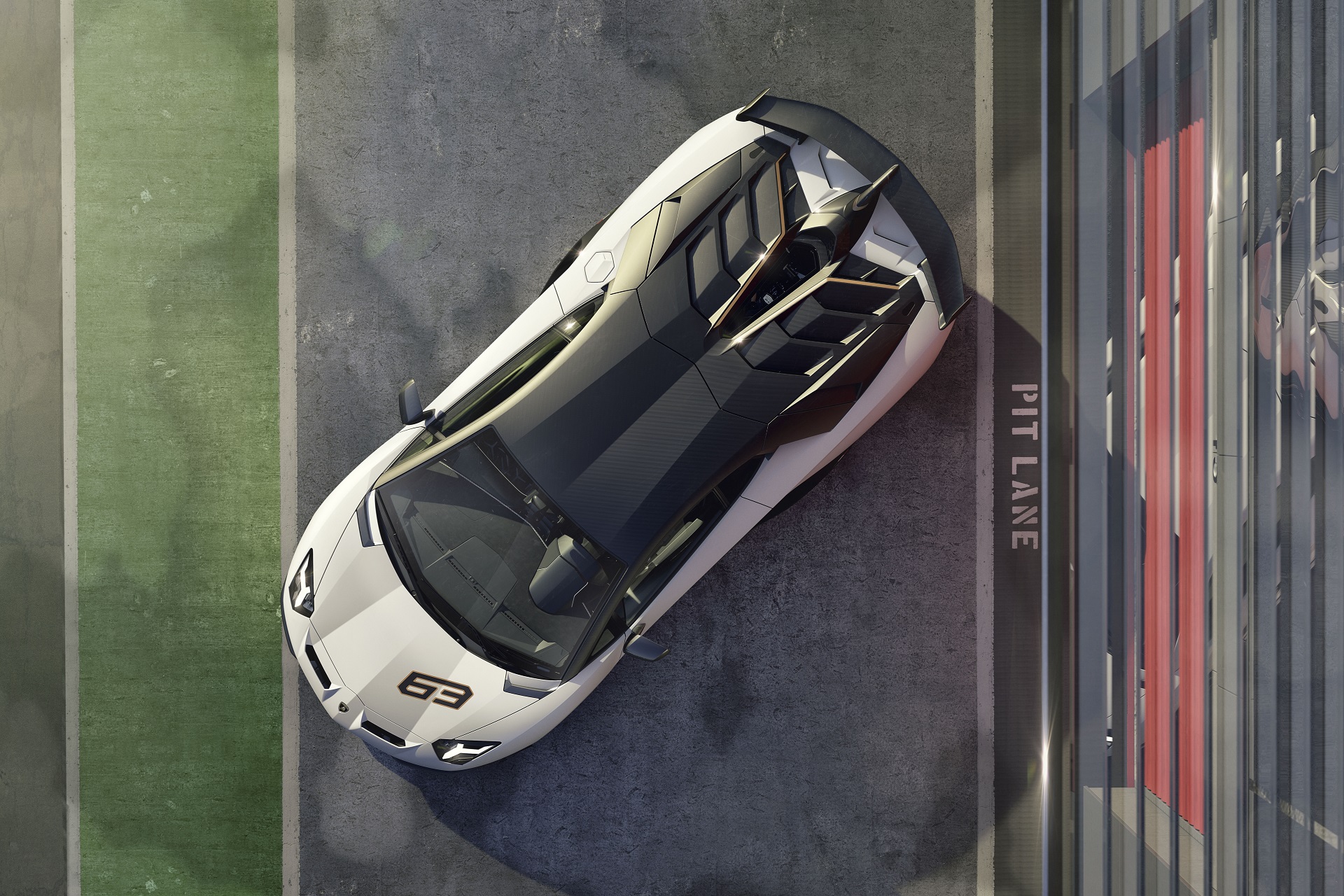 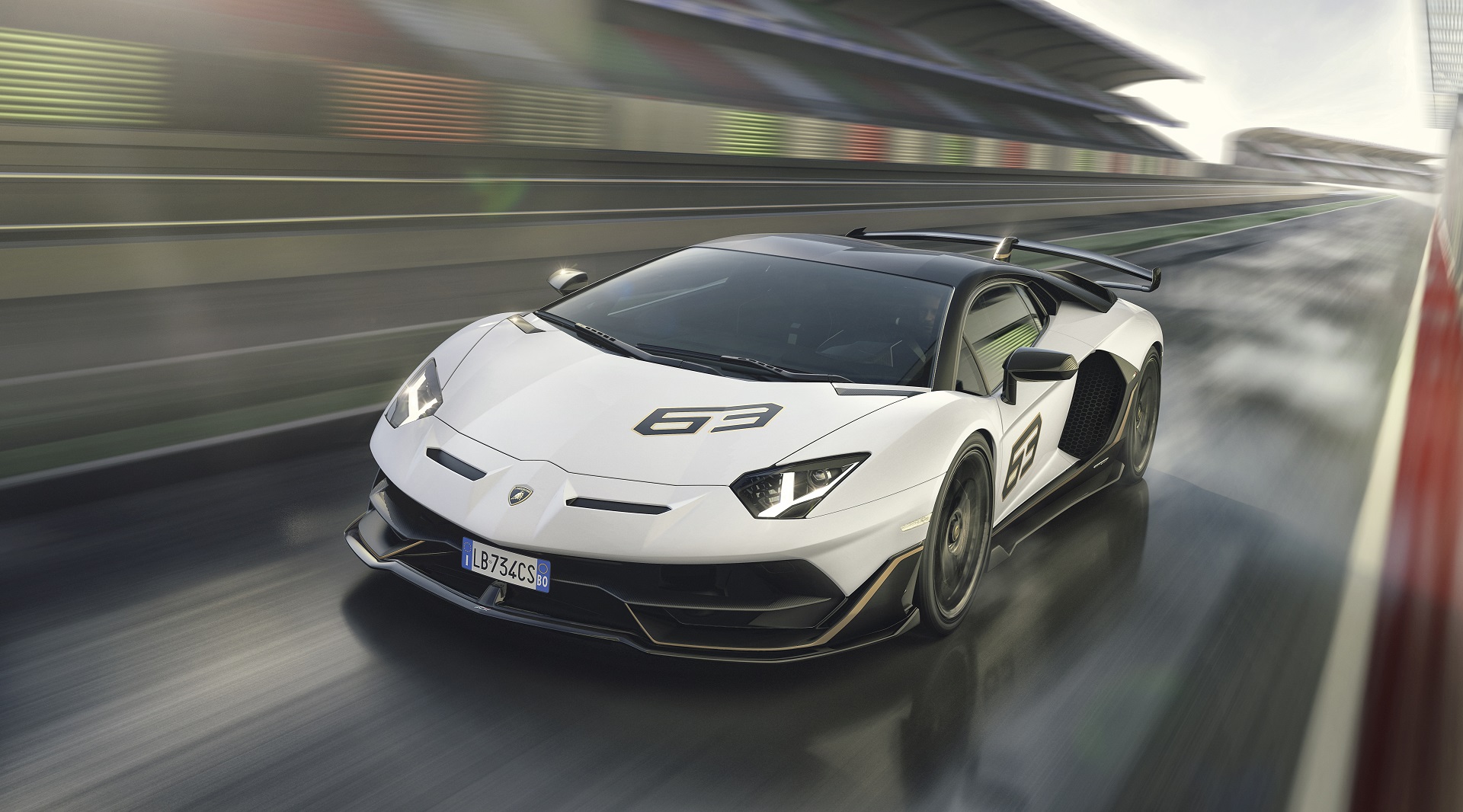