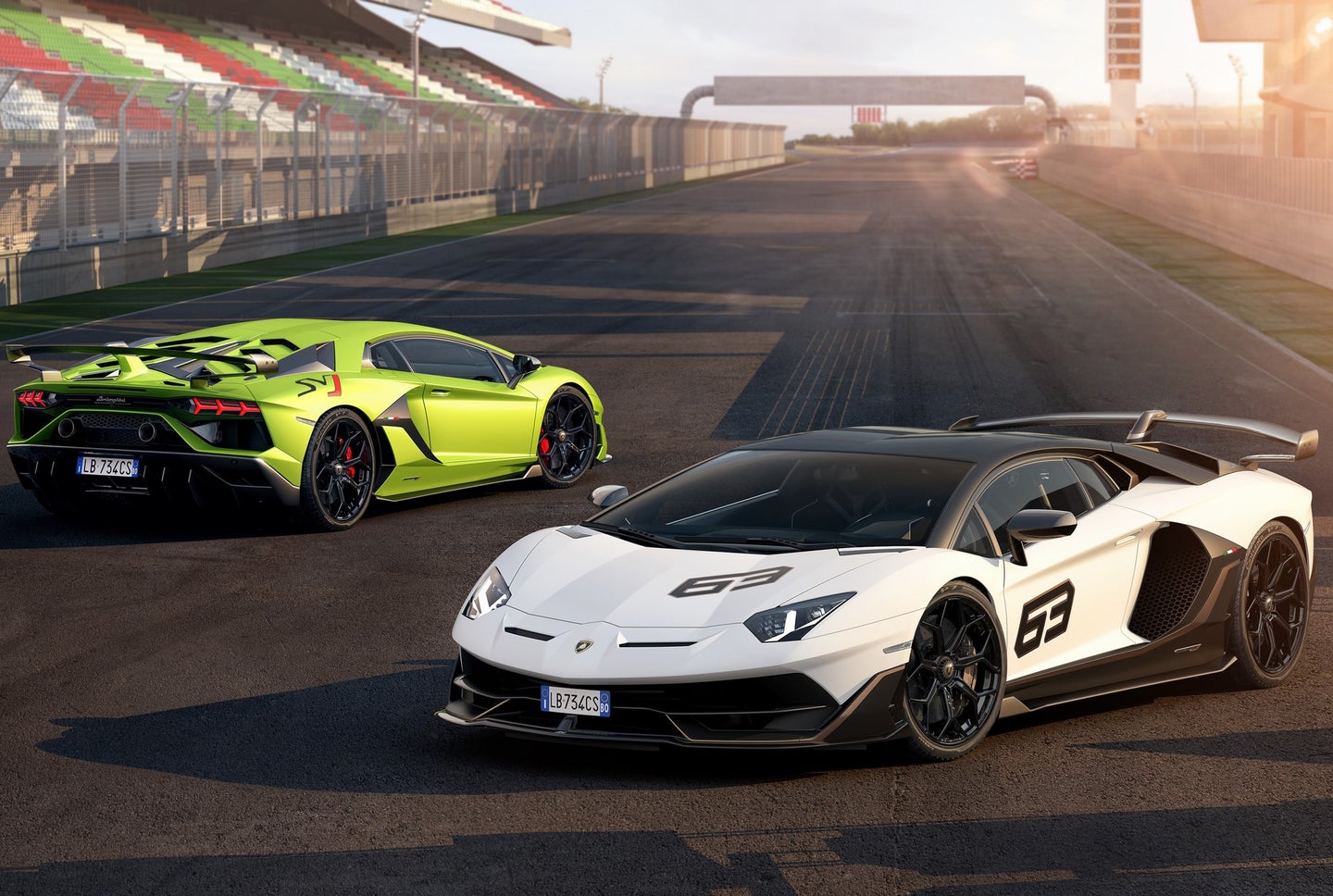 A new document appears to confirm the existence of a convertible version of the new Lamborghini Aventador SVJ, which was just unveiled at Monterey Car Week last weekend. Allegedly, the al fresco variant will be called the Avendator SVJ Roadster.

According to reporting performed by Autoguide, a document filed by the California Air Resources Board (CARB) on Aug. 23 claims that four new Lamborghini models have met emissions standards for 2019. These models include the Aventador S, Aventador S Roadster, the Aventador SVJ, and the unannounced Aventador SVJ Roadster.

An open-top SVJ wouldn't be a huge surprise, as Lamborghini usually follows its fixed-roof models with "Roadster" or "Spyder" versions, as the Raging Bull typically calls its topless creations. According to the automaker, the production of the SVJ will be capped at 900 vehicles, but it's currently unknown if that number includes all SVJs, or just the coupe models.

The Aventador SVJ Roadster would likely offer equal, if not slightly compromised performance to its coupe counterpart. The current Aventador S Roadster weighs about 100 more pounds than its closed roof version, and that amounts to roughly one-tenth of a second slower in its zero-to-60 time. Top speed is 217 miles per hour for both models.

If previous releases are any indication, the SVJ Roadster would get the coupe's 6.5-liter V12 that produces 770 horsepower, which is enough to propel the Italian to 60 mph in just 2.8 seconds. And let's not forget, the Aventador SVJ recently set the Nurburgring lap record for a street-legal production car.

Assuming the CARB report is indicative of a future model, Lamborghini will likely announce the SVJ Roadster within a year following the coupe's release. We've reached out to Lamborghini for confirmation and we will update when we hear back.