The Aventador's successor will be preceded by a limited-run hypercar due out next year. 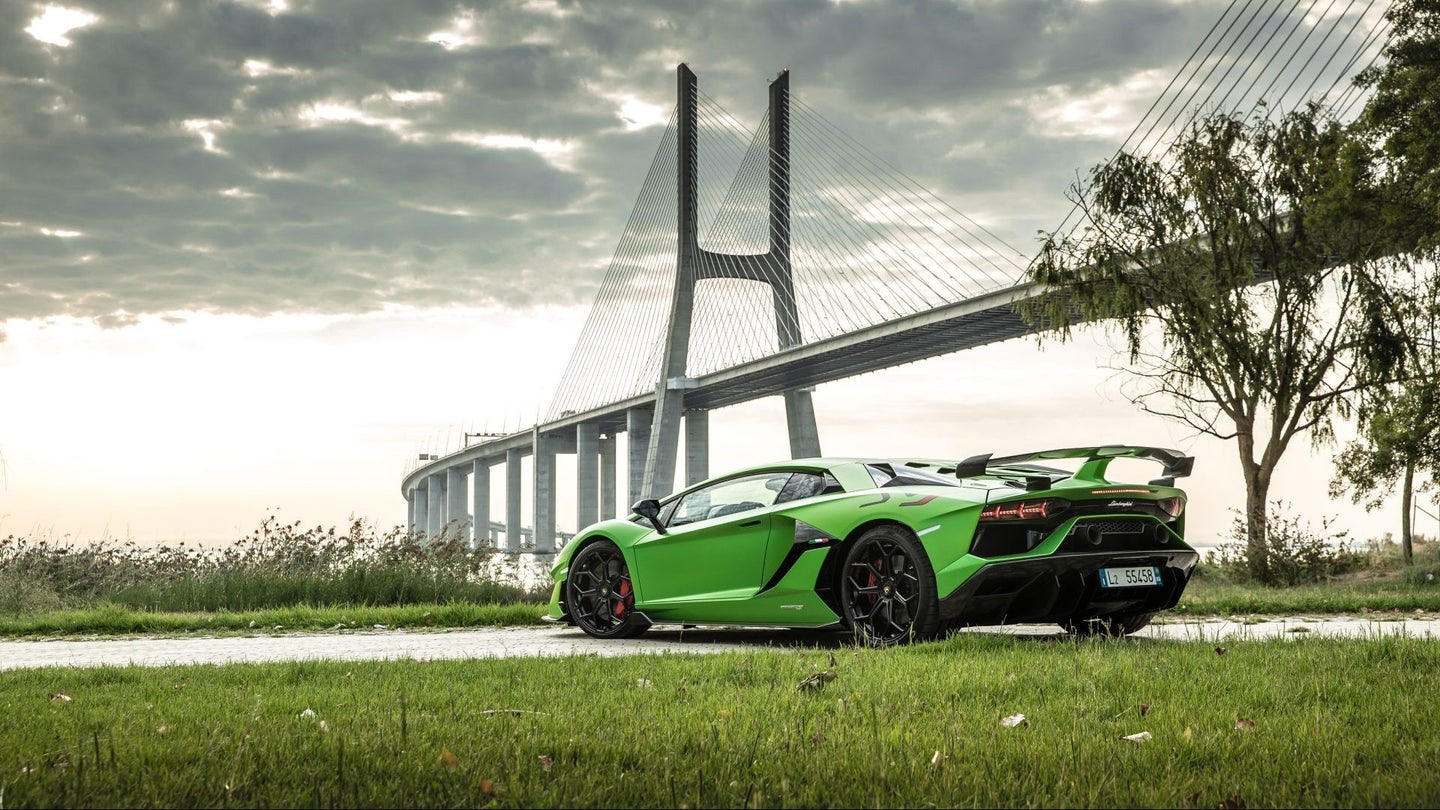 Lamborghini's next flagship V12 supercar is definitely going to sport a V12 hybrid, according to a report that's shed more light on Sant'Agata's future plans.

The hybrid Aventador replacement will be out in 2020 alongside a plug-in hybrid Urus SUV, reports Autocar. Before that happens though, yet another limited-run $2.5-million hypercar will drop in 2019, feature a hybrid powertrain, and—in traditional Lamborghini fashion—serve as a preview to Aventador 2.0, whatever it ends up being called. Reportedly, that special edition Lambo is codenamed LB48H and was already shown off at a secret event to prospective owners way back in June.

Regarding exactly how electrified the next big Lamborghini supercar will be, "The law will determine what level of pure-electric driving you need," Lambo CTO Maurizio Reggiani told Autocar. "There are several discussions ongoing. Some say 20 kilometers, some say 30 kilometers and China is suggesting 50 kilometers—and normally we only develop one car worldwide."

The report predicts the car to be even heavier than the outgoing Aventador with Reggiani suggesting that the hybrid system alone will add at least 330 to 440 pounds. Depending on the model and whether or not its filled with fluids, the Aventador weighs anywhere between 3,300 to 4,000 pounds.

"I always say that I prefer to have 10 kilograms less rather than 1 horsepower more, even if the power-to-weight ratio remains the same," said the Lambo tech chief. "But I imagine the starting point of the car will be heavier, no doubt. What will be the end game? We don't know. Improvements will happen."

Reggiani goes on to say that the switch to hybrid powertrains will, for better or worse, make new Nürburgring lap records more difficult to break. One way to combat this would be to use a "split hybrid system" that sees the front axle attached directly and exclusively to electric motors à la Acura NSX.

"My personal idea is that this is the best concept, to give the best control and management of the chassis," said Reggiani. "It would be easy to have full torque vectoring at the front, to help compensate again for the increase in weight with more agility."

However the next Aventador ends up looking, sounding, or driving like though, don't expect forced induction to play a part. "For me, turbo engines have a reduction of emotion," Reggiani told Autocar.

The Drive has reached out to Lamborghini for further comment and will update this story if we hear back.