The car, which Lamborghini says will be limited to just 63 examples, will preview the Aventador’s successor. 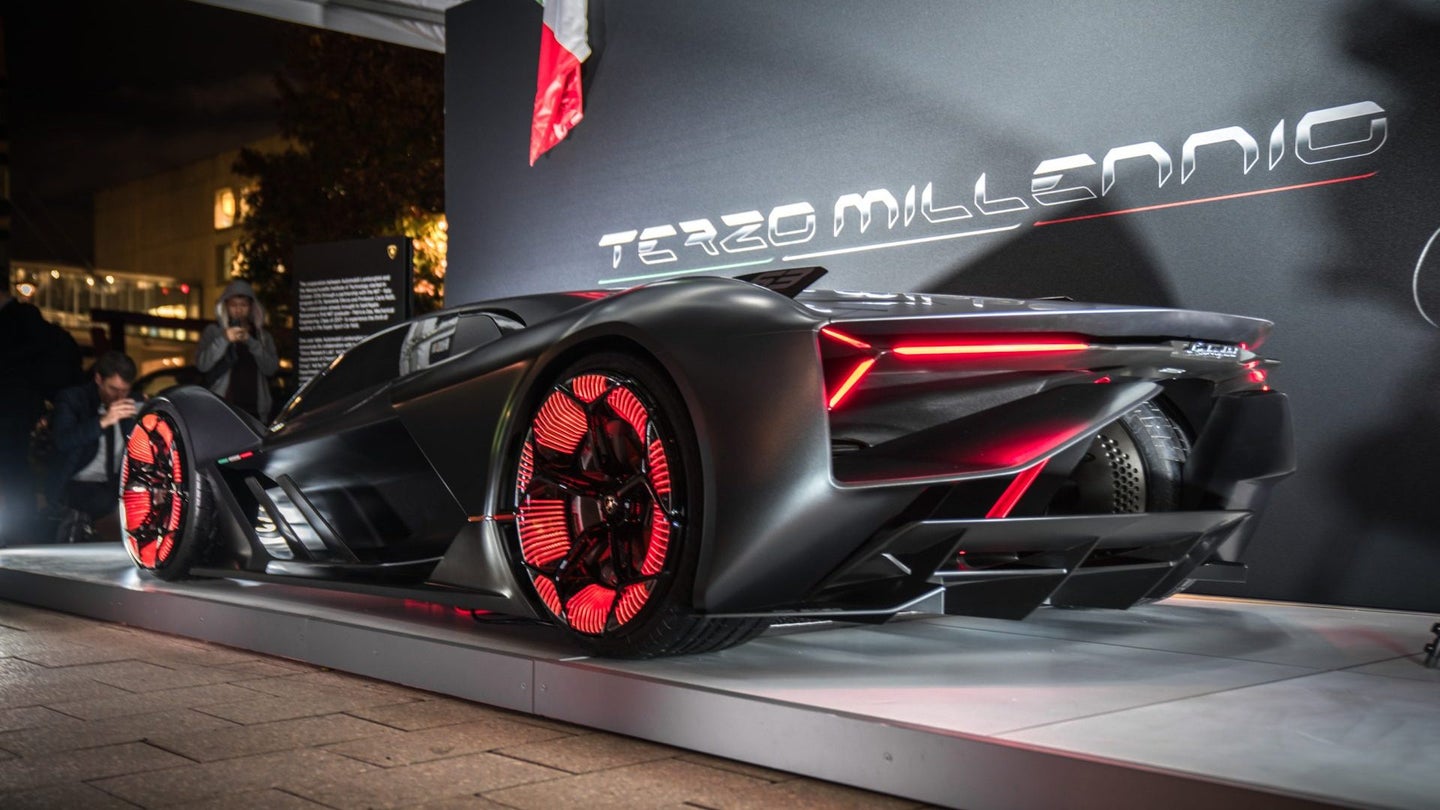 Turns out, Ferrari won't be the only Italian supercar maker to go hybrid this year. Archrival Lamborghini is set to reveal its first production hybrid model—a limited-run V12 hybrid hypercar, no less—at this year's Frankfurt Motor Show in September, as reported by Australia's Motoring.

Codenamed LB48H, the car will be made in the same vein as Lambo's previous special V12s such as the Reventon and Centenario and will serve as a preview to the company's Aventador successor. Styling-wise, expect it to resemble 2017's MIT-co-developed Terzo Millennio electric concept car. Its front wheels will be hooked up to an electric motor while the rear axle will be powered by Lambo's traditional 6.5-liter V12.

"So we had the Reventon, the Veneno, and the Centenario, and now we have this car, [the LB48H]," said Lamborghini Chief Commercial Officer Federico Foschini. "This is the technical name but we're not yet revealing the final name. This car is really a huge product for Lamborghini."

It'll apparently be limited to just 63 units to coincide with the year Lamborghini was conceived, 1963. In true limited-run exotic car fashion, all of them are already sold and have been since last July.

As for the "regular" series production Lamborghini that this car will supposedly precursor, previous reports have pegged the Aventador's successor to drop sometime in 2020. Foschini says the estimate might be a tad early. "Maybe it will be a little bit later, because of the success of the current Aventador is still so huge that we don't need to change. For example, the SVJ has been pre-sold just in the first three to four weeks."

In addition to the LB48H, Foschini says we can expect a "surprise" to be revealed at this year's Frankfurt show. Motoring predicts this to be a plug-in hybrid version of the Urus SUV.