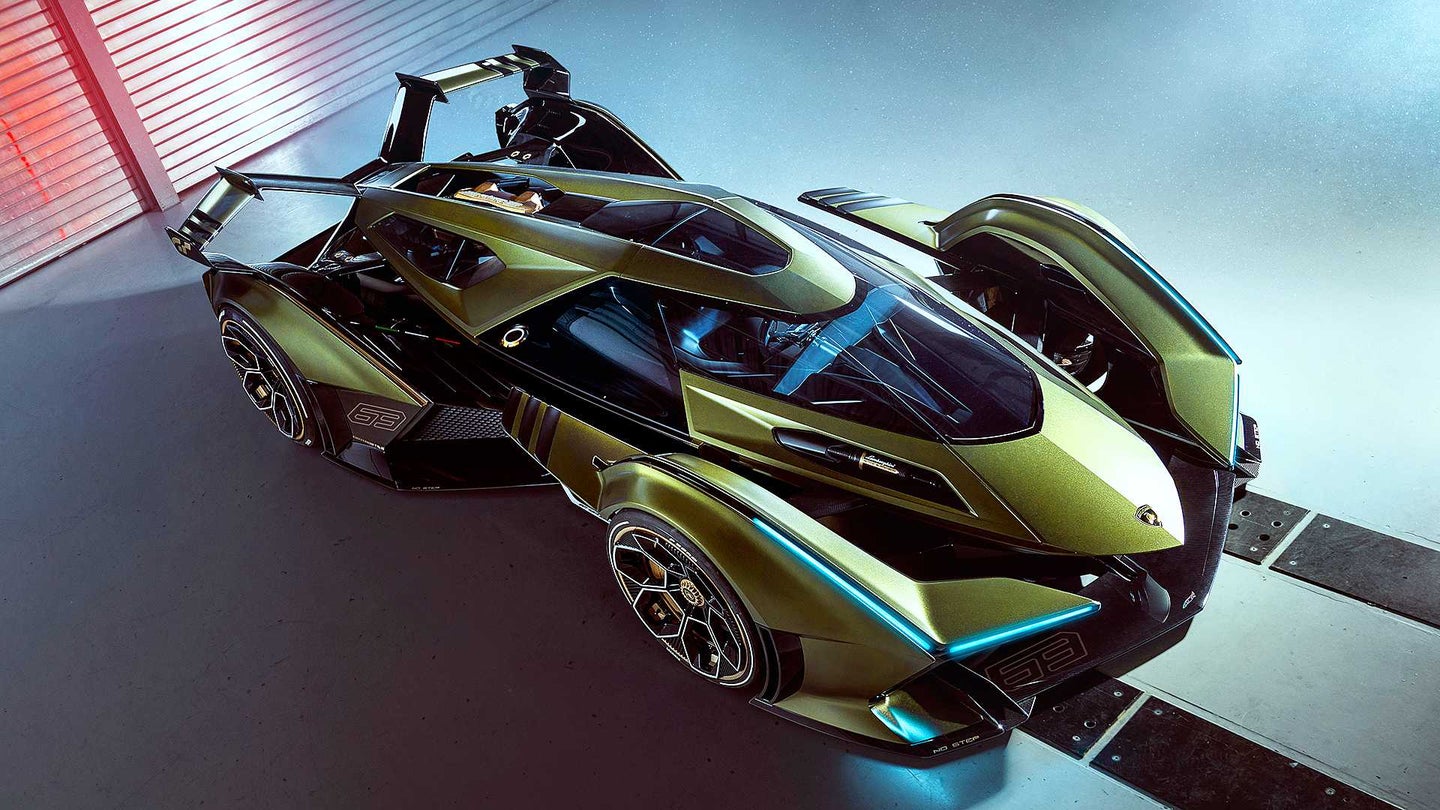 Lamborghini thinks the future is now, and its all-new V12 Vision Gran Turismo Concept is proof of this. The famous Raging Bull revealed the insane digital creation for the latest iteration of Gran Turismo Sport for PlayStation 4, which will debut next year. Looking like something out of a futuristic sci-fi movie from the next century, it’s a single-seat prototype designed for maximum aerodynamics and all-around performance. Sadly, it will only exist in digital shape but we truly think Lambo should make this happen.

As its completely bonkers and extreme appearance implies, the V12 Vision Gran Turismo Concept follows in the footsteps of other Vision Gran Turismo Concepts from McLaren, Jaguar, and Audi. In theory, it uses a powertrain similar to the Sián FKP 37, which is propelled by a hybrid 6.5-liter naturally-aspirated V12 with a total system output of 819 horsepower, resulting in a zero to 60 sprint of just 2.8 seconds and a top speed of 217 miles per hour.

“The Lambo V12 Vision Gran Turismo is created to provide the ultimate virtual car for young fans and gamers, who are ultra-enthusiastic about Lamborghini and its futuristic aspirations,” Mitja Borkert, chief of Lamborghini Centro Stile said. ”It is an opportunity for the design talent within Lamborghini to stretch its wings and visualize a car that, like every Lamborghini, is a head-turner and the best driving experience, but also mirrors Lamborghini's push on future technologies, particularly in the arena of lightweight materials and hybridization.”

While some may say that a vehicle this insane will never see production, it's worth saying that previous generations most likely thought the same about wild-looking vehicles like the Lamborghini Veneno or Ferrari SF90 Stradale. So, we might just see something like this come to reality if we manage to stay alive long enough.

If Jag’s next F-Type looks even half as good as this, consider us fans.