This like-new hypercar was reportedly owned by a member of the Saudi Arabian royal family. 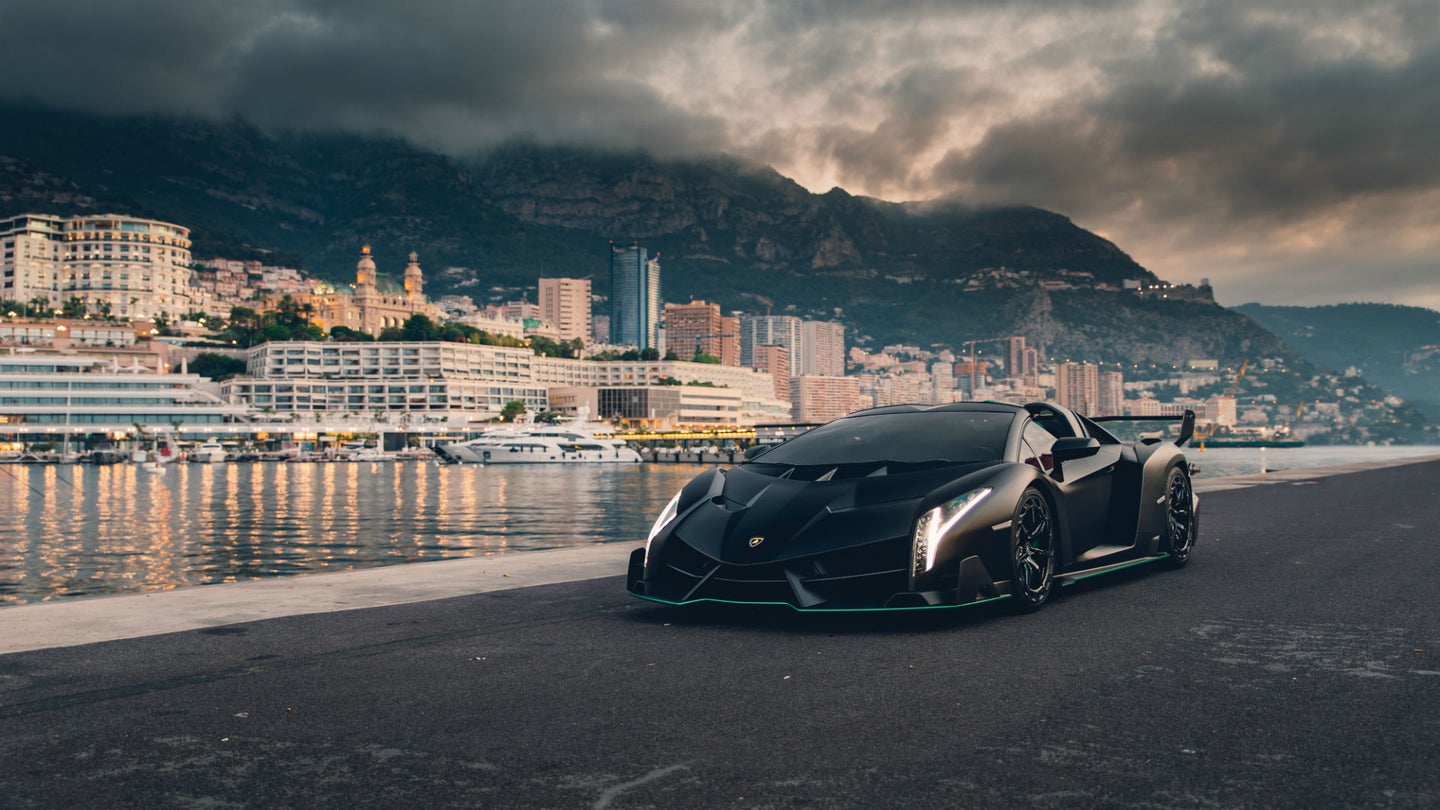 Lamborghini seems to build a new concept hypercar every couple of months, but the marque rarely puts those ludicrous designs into production. So when it does and one comes up for sale, it's a big deal. The insectile Veneno is one such example—with only a handful built, it remains Lamborghini's most enigmatic hypercar, and seeing one in the wild is almost unheard of. However, a Veneno Roadster was recently listed for sale by RM Sotheby's, and it's an auction worth watching.

The House of the Raging Bull built the Veneno to celebrate its 50th anniversary, debuting its new hypercar at the 2013 Geneva Motor Show. It was penned as Lambo's view of what a street-legal prototype racecar would look like, with design cues and aerodynamic elements taken from period Le Mans Prototypes. Lamborghini built just five Veneno coupes (only three of which went to customers) and nine Roadsters. The latter was unveiled in 2014 and featured no roof at all—certainly not ideal for one-percenters living anywhere but the desert.

Both the hard-top and topless Veneno use an Aventador-derived, 6.5-liter V12 making 740 horsepower, about 50 ponies more than the flagship Lambo it comes from. A seven-speed, ISR (Independent Shift Rods) semi-automatic gearbox pumps that power to all four wheels. Although the open-top variant is 110 pounds heavier than the coupe, its dry weight is still south of 3,300 pounds thanks to a generous dose of carbon fiber in its chassis and bodywork. With that in mind, the Veneno Roadster can sprint to 60 miles per hour in 2.9 seconds, and max out at 220 mph.

The elephant in the room of course is the Veneno's looks, but we promise that its flamboyant bodywork is functional, designed to maximize airflow through the car. Its LMP-inspired rear wing is a downforce magnet, while its wheels suck in air, cooling the Veneno's carbon-ceramic brakes.

This particular spec is number two of the nine built, sporting a matte black exterior with lime green accents and a matching interior. It's a true garage queen, having driven just 279 miles from factory. According to RM Sotheby's, the car was previously owned by a member of the Saudi Arabian royal family. It will cross the auction block as part of RM's Paris auction on Feb. 5, where it is expected to sell for between $4.9 million and $6 million.