What Would You Drop This 6.2-Liter, 572-HP Lamborghini Murcielago V12 Into?

If you’ve got some fabricating skills and $31,000 laying around, head to eBay right now. 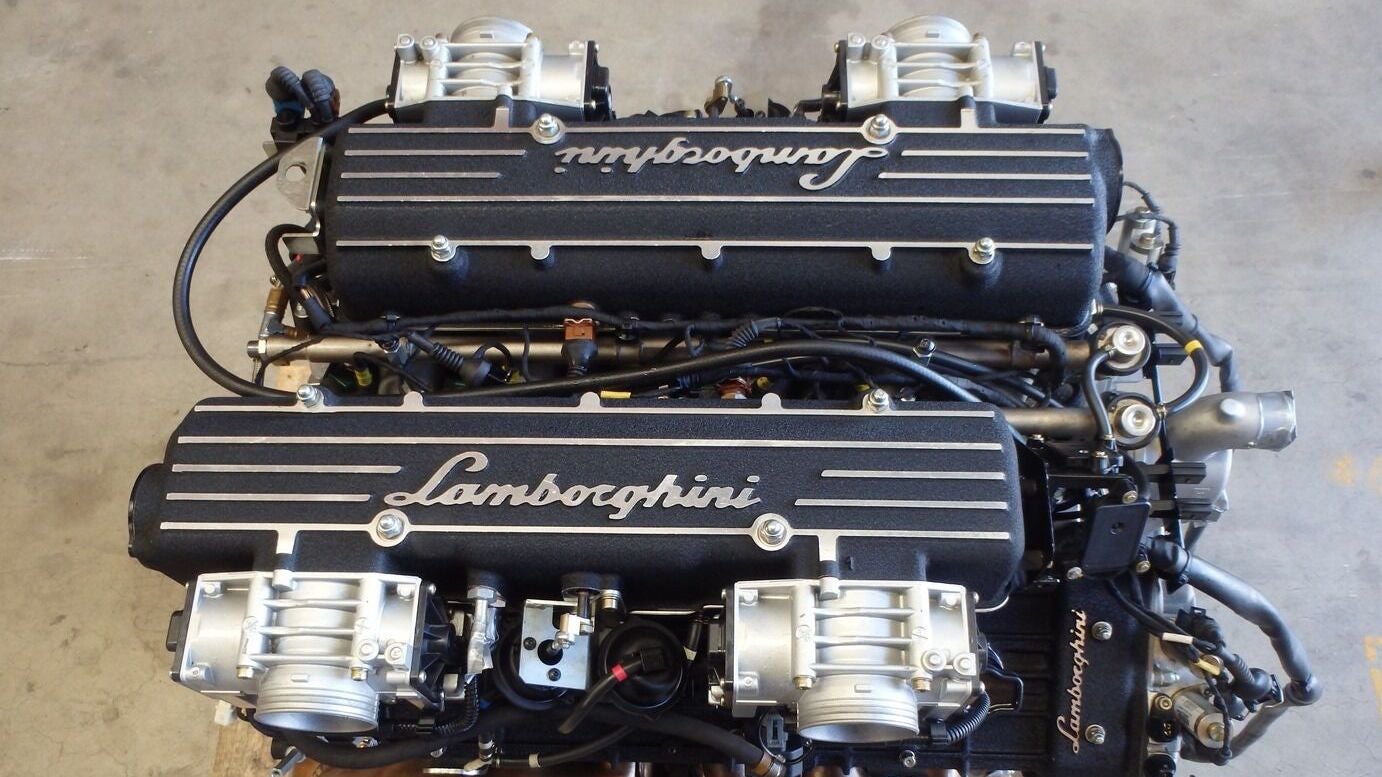 A V12 engine plucked directly from a 2006 Lamborghini Murcielago Roadster just hit eBay—which means it's time for another round of "What would I do with an inheritance?"

Listed for sale in Australia for the equivalent of $31,000 American greenbacks, this naturally aspirated V12 once belonged to the Raging Bull that kicked-off Lambo's most recent renaissance. The donor Murcielago allegedly received a solid whack upside the face and its owners decided to part it out. We imagine that in the seconds leading up to that moment, all 572 horsepower and 479 pound-feet of torque produced by this 6.2-liter power plant were in use.

With only 4,382 miles (7,052 kilometers) on the Murcielago's odometer at the time of the impact, the engine that came out of it is barely beyond its break-in period and may be the freshest of its kind on the market today. As some Murcielagos have been known to exceed 100,000—or even 200,000—miles on their original engines, this V12 should be good to power a vehicle at least a little ways longer. And who says that vehicle even has to be a Lamborghini?

Sure, the amount of custom work required to make this engine power a vehicle not designed around it will cost a fortune, but money's not exactly an object if you're in the market for a Lamborghini V12 swap. If we have a suggestion or two (and we do), it'd be to stuff it somewhere unexpected, like a Toyota Supra, Pontiac Fiero, or a crappy Fauxrrari kit car like the one below.

Not long ago the Huracan was nothing more than a pile of scrap metal.