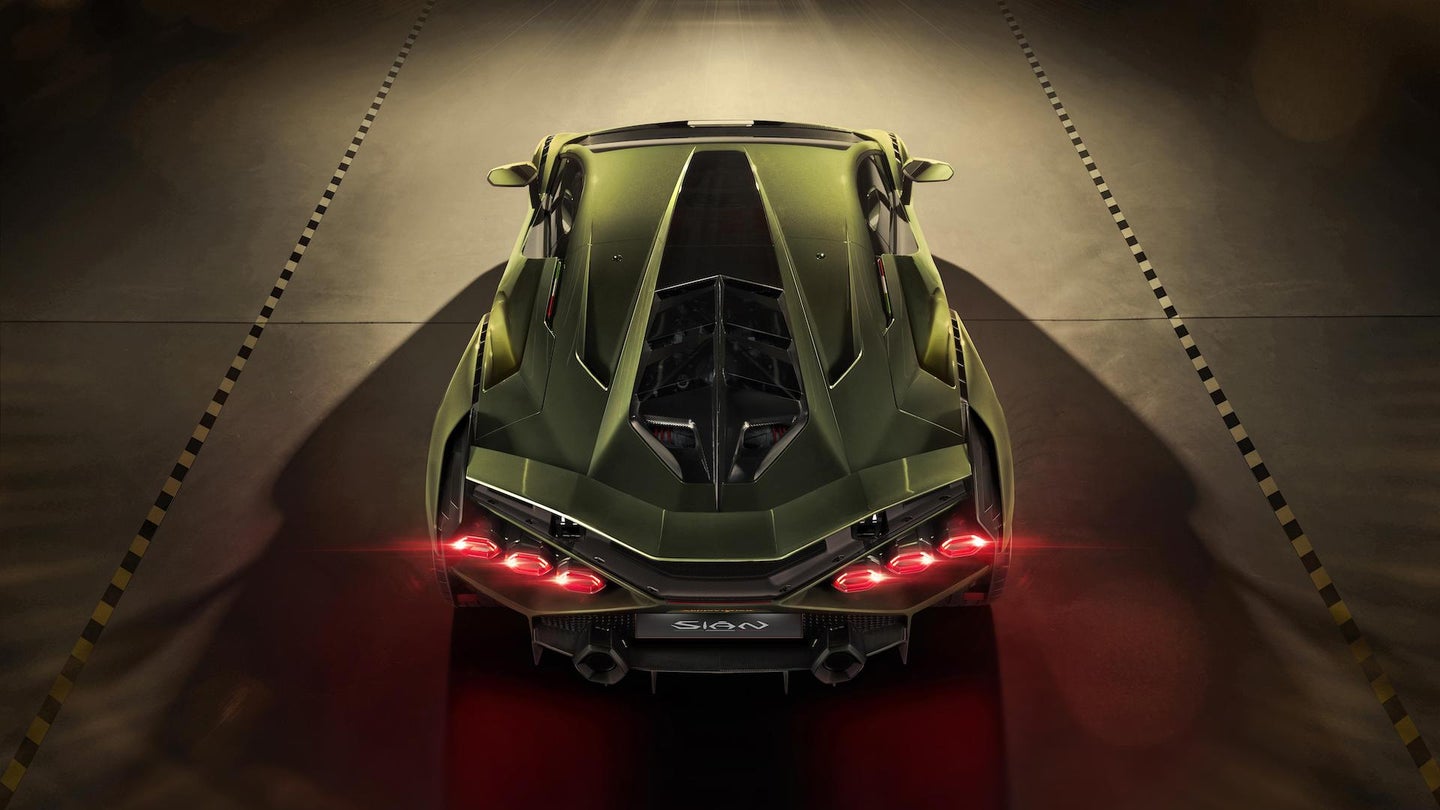 Electronic actuators are smaller, lighter, and more efficient than ever, which is why even most weight-obsessed carmakers can afford to add extravagant power features to their machines, like the Koenigsegg Regera's all-opening "Autoskin" system. Lamborghini's latest active aero trickery, the airflow-vectoring ALA, also relies on electrically actuated flaps that are great for the fastest road cars, but the upcoming Lamborghini SCV12 won't feature said system for the sake of simplicity and the ultimate track experience. It turns out neither will the limited-edition hybrid Sián FKP 37, which pairs its 48-volt supercapacitor technology with the latest in shape memory alloys instead.

The Sant'Agata factory loves to give fancy names to its innovations, so the Sián FKP 37 and Sián Roadsters' engine bay heat extractor is known as the "Lamborghini Smart Material System." Here's how it works: the 808-horsepower hybrid uses two small springs made from a shape memory alloy that expands and contracts above and below a certain temperature more than a standard spring would. When the combination of the 6.5-liter V12 and the mild-hybrid system needs more venting, these two springs open four small flaps in front of the rear wing, allowing for the hot pressurized air to escape.

Lamborghini's "Forged Composites" carbon fiber technology allows for complicated shapes to be produced in a faster and even lighter manner. This new patented spring mechanism is also set to make it into future models, granting regular production Lamborghinis with a fully autonomous cooling aid that doesn't use either electronics, hydraulics, or in fact, any mechanical force other than natural heat expansion triggered by twelve cylinders. As minimalist as this sounds, furthers weight-savings and increases performance—tough don't expect to see the tech in anything other than million-dollar cars in the near future.

No word if the Sián FKP 37's Lego version features this heat management system, but if you've already purchased one, you should be okay.