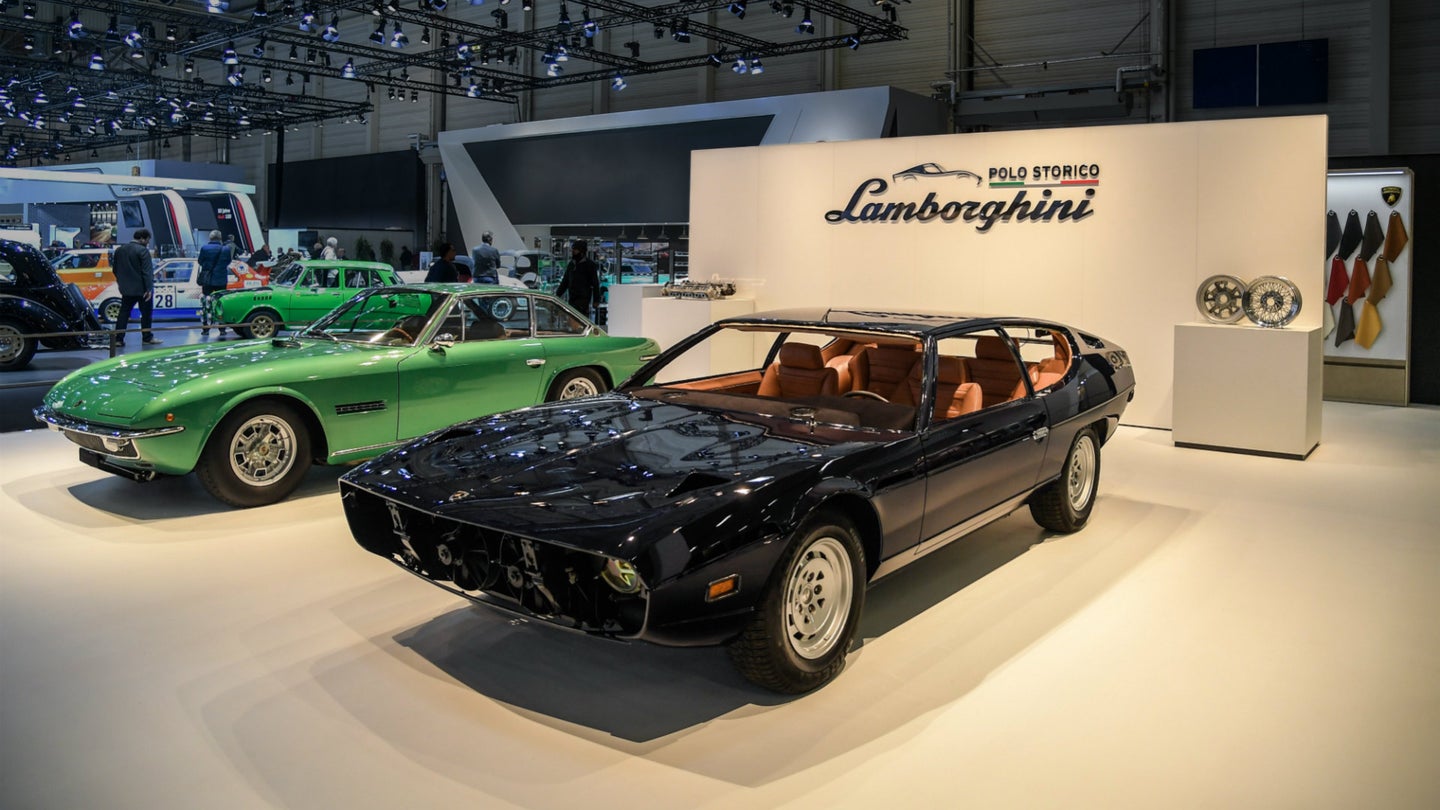 Polo Storico, the branch of Lamborghini dedicated to sourcing parts for and rebuilding the company's classic models, has finished its restoration of an Islero and Espada. Both of these cars are, coincidentally, celebrating their 50th anniversaries this year. So, Lamborghini announced a "tour of Italy" for all Raging Bull collectors to take part in its celebration.

The anniversary tour consists of a five-day, 404-mile drive on Central Italy's most iconic roads, starting in Umbria. Drivers will stop along the way to explore the region's finest cathedrals, wineries, and museums in areas like Perugia, Assisi, and Mugello. The vintage road trip concludes at Lamborghini's headquarters in Sant'Agata Bolognese, where drivers are treated to a tour of the company's assembly line and Polo Storico's workshop.

Lamborghini's now fully-revived Espada and Islero, which are owned by the Lamborghini Museum in Bologna, will of course take part in the tour. While they aren't as famous as some of the brand's classic models, both were important members of the brand's growth during its infancy.

The Espada was Lamborghini's first true four-seater (different from the 2+2 400 GT) production car and the first Bull to be offered with an optional automatic transmission. With 10 years of production and 1,226 units built, it's also one of the company's most abundant classic models.

Lamborghini designed the Islero to be the successor to the 400 GT, although only 225 cars were built compared to its predecessor's 247-unit production run. Still Feruccio Lamborghini himself drove one and the Islero gained international fame when it appeared in the 1970 Roger Moore film, The Man Who Haunted Himself.

Fans in Italy will get to see both of these cars during the 50th Anniversary Tour, which runs Sept. 7-10.

Check out These Restored Supercars Straight From Lamborghini