The most powerful drag racing Mustang ever is making its debut at the Woodward Dream Cruise. 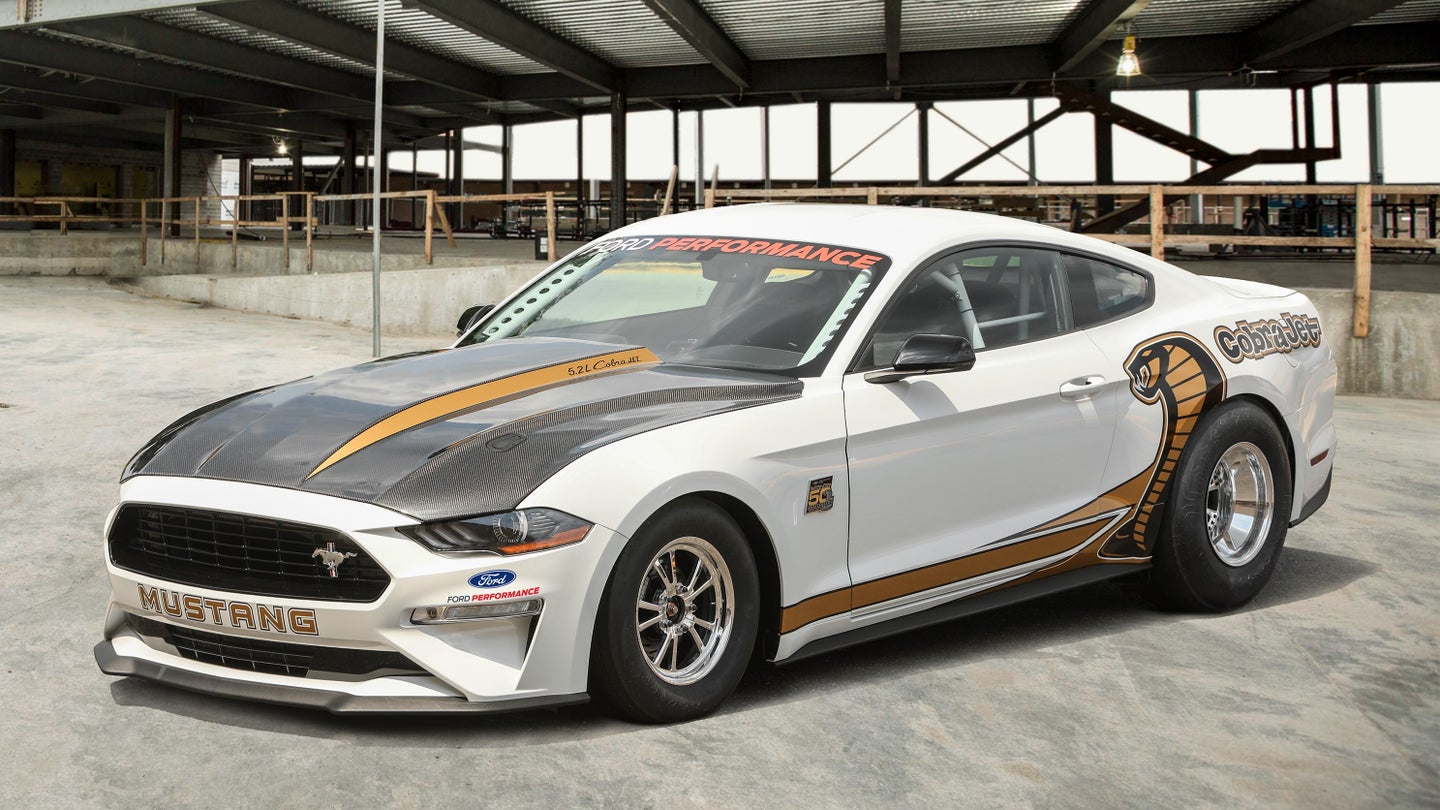 Have you been eagerly awaiting your chance to buy a factory drag racer from Ford? Look no further than the 50th Anniversary Mustang Cobra Jet. The 2018 Cobra Jet is capable of a mid-eight-second quarter-mile run at 150 mph.

The 2018 Mustang Cobra Jet is going to be limited to only 68 examples in honor of the original 1968 Cobra Jet. Order slots are open now but you should probably hurry before they are gone. For this iteration of the Cobra Jet a 5.2-liter version of the 5.0-liter Coyote V8 has been beefed up and strengthened to handle the 3.0-liter Whipple supercharger that has been bolted to the top of it. Out back there is a nine-inch solid rear axle, two-way coil-over shocks with adjustable ride height, a low-drag disc brake system from Strange Engineering, a four-link rear suspension with antiroll and panhard bars.

The 2018 Cobra Jet is offered in either Oxford White or Race Red and can be outfitted with special 50th Anniversary decals and badges. The Cobra Jet will be offered at a $130,000 price tag, with a few factory options available. You are able to add an National Hot Rod Association-certified safety roll cage, FIA-certified seats, or anniversary-badged racing wheels.

Speaking with The Drive, Matt Leaver of Ford Performance Communications said that Ford is not ready to release any specifics on power output or timings. You can find the new Cobra Jet on a static display at the Woodward Dream Cruise in the Mustang Alley this Saturday, Aug. 18. Leaver said we can expect more info about the new Cobra Jet at the Specialty Equipment Market Association Show or PRI Timing.

The 2018 Mustang Cobra Jet is the next step in a long line of Cobra Jet drag cars stretching back to the original 1968 Mustang Cobra Jet. In 2008 for the fortieth anniversary Ford brought back the Cobra Jet. Starting in 2009 until 2016 Ford produced 250 Cobra Jets with various improvements made through the years.

The Cobra Jet is a competitor to the Challenger Drag Pak and COPO Camaro in the NHRA Stock and Super Stock Eliminator classes.