Watch out Porsche 911 GT2 RS, the SVJ is eyeing the Nürburgring throne now. 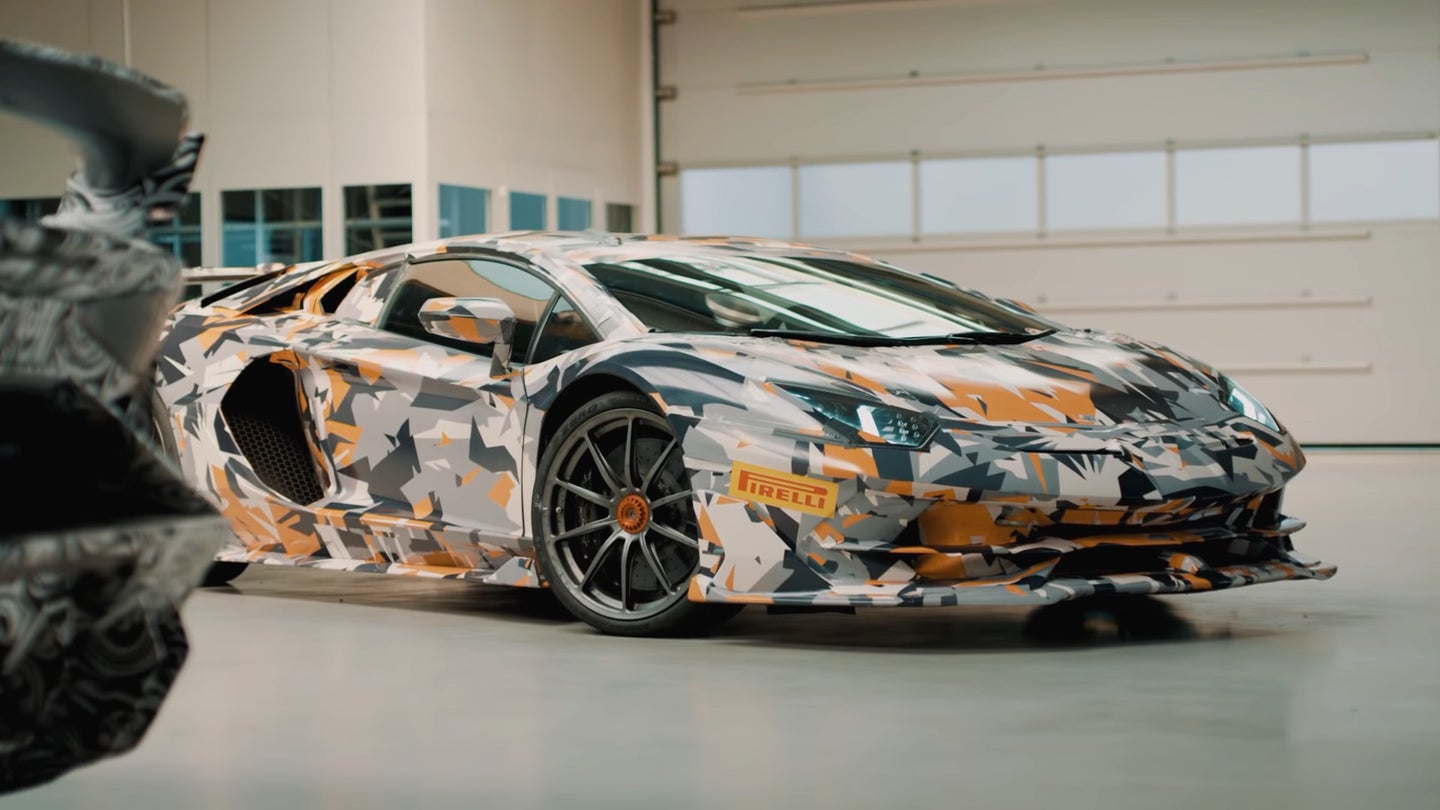 Lamborghini has finally confirmed that its new, amped-up Aventador variant will be called the Aventador SVJ. It's an abbreviation of Super Veloce Jota, a name that harkens back to the one-off Miura P400 Jota  prototype race car built by Lamborghini developer Bob Wallace.

Five months after the car's name was leaked online, Lamborghini verified the SVJ name in a video posted on the brand's YouTube channel. The 30-second clip of the orange-camouflaged SVJ tackling the Nürburgring's Nordschleife circuit may seem vague, but it tells us exactly what we need to know about what this car's role is in the Aventador's lineup. One thing is certain: the SVJ is here to lap the Nürburgring faster than its little brother, the Huracán Performante.

If the SVJ wants to make the Aventador range proud again and beat the Huracán's record, it will utilize a variation of the Performante's active aero system—the massive wing affixed to the back of the SVJ is proof of that. Of course, the SVJ will have to lap the Nordschleife faster than 6:47.25 if it wants to challenge the current record holder, the Porsche 911 GT2 RS.

Lamborghini says to stay tuned for more juicy SVJ details in the near future, but in the meantime, here is a small taste of what is to come.