Lamborghini's New Aventador Variant to Be Called the SVJ 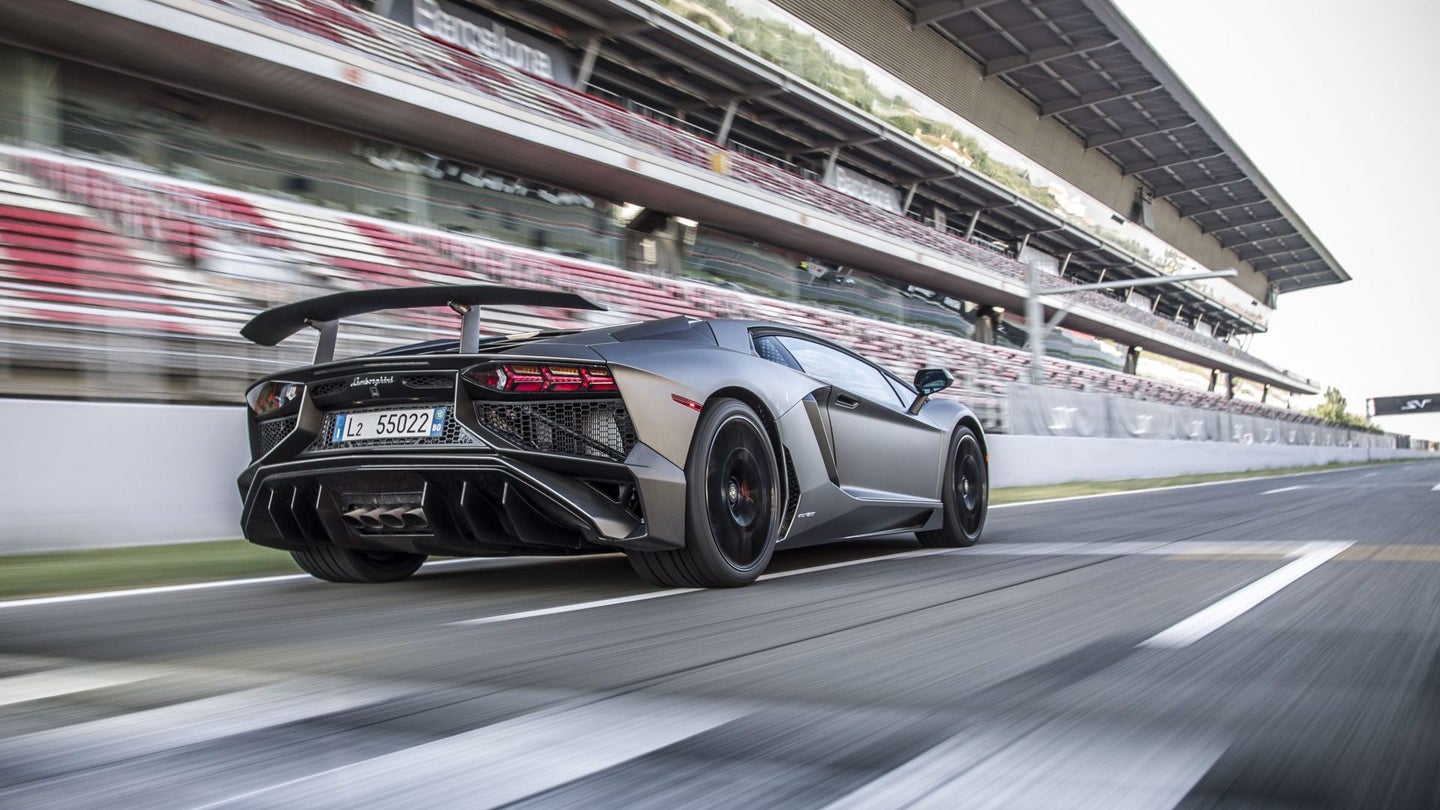 Spy shots of Lamborghini's upcoming, hardcore Aventador variant have been making their way around the internet for months now. Often referred to as the Aventador Performante and always wearing swirly camouflage, concrete details on Lambo's new machine have been kept tightly under wraps...until now.

Thanks to a spy shot of the car's digital instrument cluster found on Instagram, we have now learned what is very likely the V12 supercar's official name: the Aventador SVJ. While it's common knowledge around these parts that "SV" in Lambo-speak stands for Super Veloce (Italian for super fast), the letter J's significance to Sant'Agata is less well-known.

Back in 1970, Lamborghini test driver Bob Wallace built something called the Miura P400 Jota (pronounced hoe-ta), a car that would suit the FIA's Appendix J racing regulations. The Jota was 800 pounds lighter than a standard Miura and featured new spoilers, fixed headlights, revised suspension, lighter wheels, and a fettled engine. Performance-wise, it was a Miura of the highest order.

The theme is likely to continue with Lambo's latest SVJ, with rumors of the new Aventador getting an ALA-style aero system à la (see what I did there?) the Huracán Performante. In addition, power is expected to increase. Considering the Aventador SV already makes 740-horsepower and the competing Ferrari's output of 789, we anticipate a figure that grazes the 800 mark with the SVJ. Whether or not Lambo has finally decided to replace the Aventador's clunky, seven-speed auto remains to be seen but we've got our fingers crossed.