Is This the Lamborghini Aventador Performante Test Mule?

Twelve-syllable name for the twelve-cylinder game. 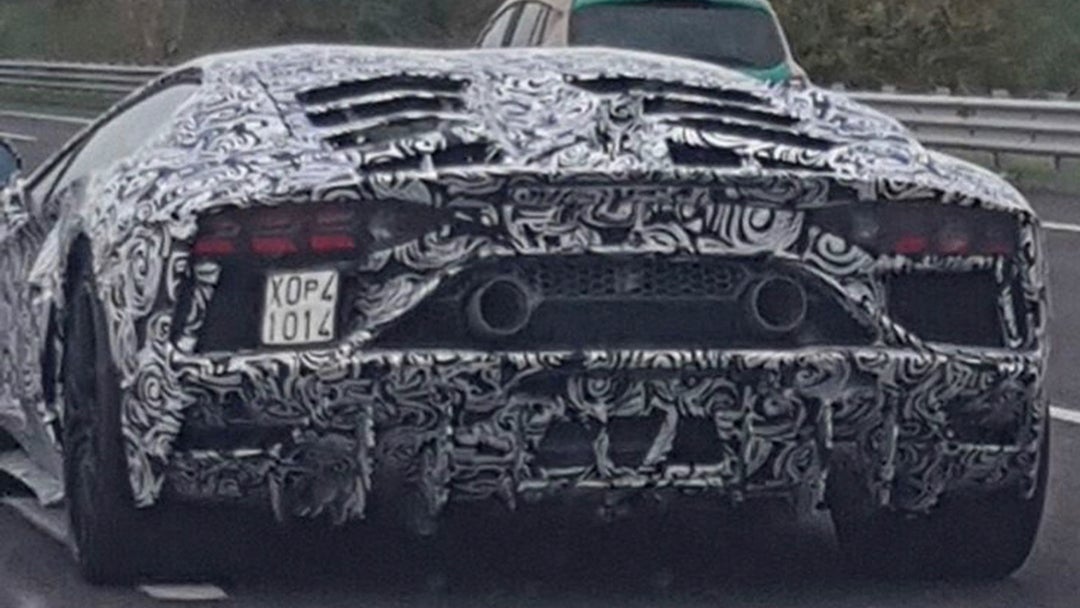 The Lamborghini Aventador has never been left wanting for performance. At launch, the LP 700-4 featured 690 horsepower at launch, kept under control with Haldex all wheel drive, and a 7-speed single-clutch transmission. Later revisions, such as the LP 720-4 and LP 750-4 SuperVeloce, at 710 and 740 horsepower respectively, kept the Aventador relevant as rival companies Ferrari and McLaren launched new generations of competition in the forms of the 488 GTB and 720S. The 730 horsepower LP 740-4 S arrived in 2016, complete with four wheel steering and standard carbon-ceramic brakes. If a photograph taken of a camouflaged, Aventador-shaped car spotted on a European highway is anything to go by, however, then Lamborghini believes the supercar—which has sold over 5,000 units—has still got some performance left to wring out before its successor arrives, five to six years from now.

Instagram user lamborghini_dutch uploaded a photo of a car that is unmistakably the Aventador, but instead of sporting a paint color reminiscent of tropical fruit, this Aventador is clad in the swirly black-and-white automotive camouflage typical of test mules, and sports aerodynamic and mechanical details not found on any previous variant of the car.

The first thing to note is the dual exhausts, which exit above the diffuser, as opposed to the hexagonal single-exit exhaust featured on the LP 700-4, as seen below.

Autoblog spotted a similarly-equipped Aventador mule in September, and gave rise to the rumors of an Aventador Performante, citing the parity between the testbed's exhaust and the Huracan Performante's exhaust.

Multiple aerodynamic features differ from the LP 700-4, too. The diffuser has been enlarged, with lengthened vanes and a steeper angle of attack, and the central dip found on the original Aventador is replaced by what bears resemblance to a ducktail-style spoiler. A small tail, or fin-like structure can be discerned as well, similar to those seen on Formula 1 and LMP1 cars.

The Drive reached out to Lamborghini for confirmation of an Aventador Performante or similar program, but no comment has yet been returned.