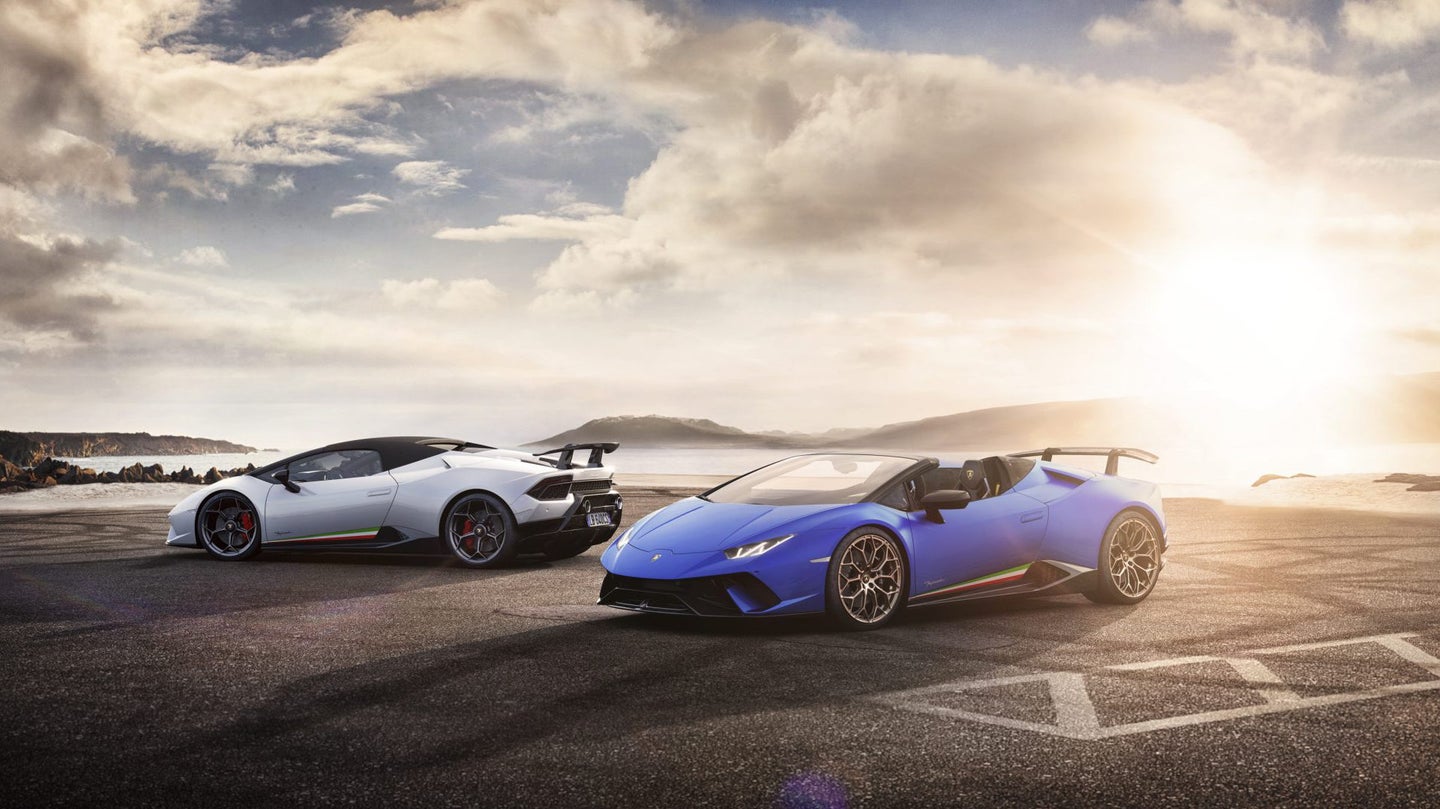 If you're one of the very few people who drove the Lamborghini Huracán Performante and came away from the experience wishing you could've heard its heavy-metal wailing V-10 a bit more clearly, Lambo's got just the car for you. Revealed at the Geneva Motor Show is the new Huracán Performante Spyder: a drop-top version of Lamborghini's record-thrashing supercar.

While a foldable top and the unlimited headroom that it affords is great for noise and drama, the armchair racers among you will undoubtedly be wringing your hands over the rigidity and weight issues that arise, so let's get that stuff out of the way right now. The Performante Spyder weighs 3,322 pounds dry, which is 275 pounds more than the Performante coupe and 77 less than a regular Huracán Spyder.

In a press release, Lambo asserts that its new soft-top "maintains the stiffness of an ultra-performing super sports car." Until we get our hands on one of these things to see how true that proves, we'll just have to take their word for it.

According to Lambo, the Performante Spyder matches the coupe's top speed of 202 mph but gets to 62 mph two-tenths of a second slower, clocking a 3.1-second sprint compared to the hardtop's 2.9. While we're on the subject of timed accomplishments and top speeds, the Spyder's roof takes 17 seconds to open at speeds of up to 30 mph.

Aside from the stowaway roof, the mechanics here remain unchanged. The 5.2-liter, 640-horsepower V-10 we know and adore remains, as does the original Performante's trick, ALA active aerodynamics system.

The ability to drift pushes one man over the edge of being ready to marry his girlfriend.