With its engine borrowed from the Huracán Performante, this new version of the "Baby Lambo" is anything but immature. 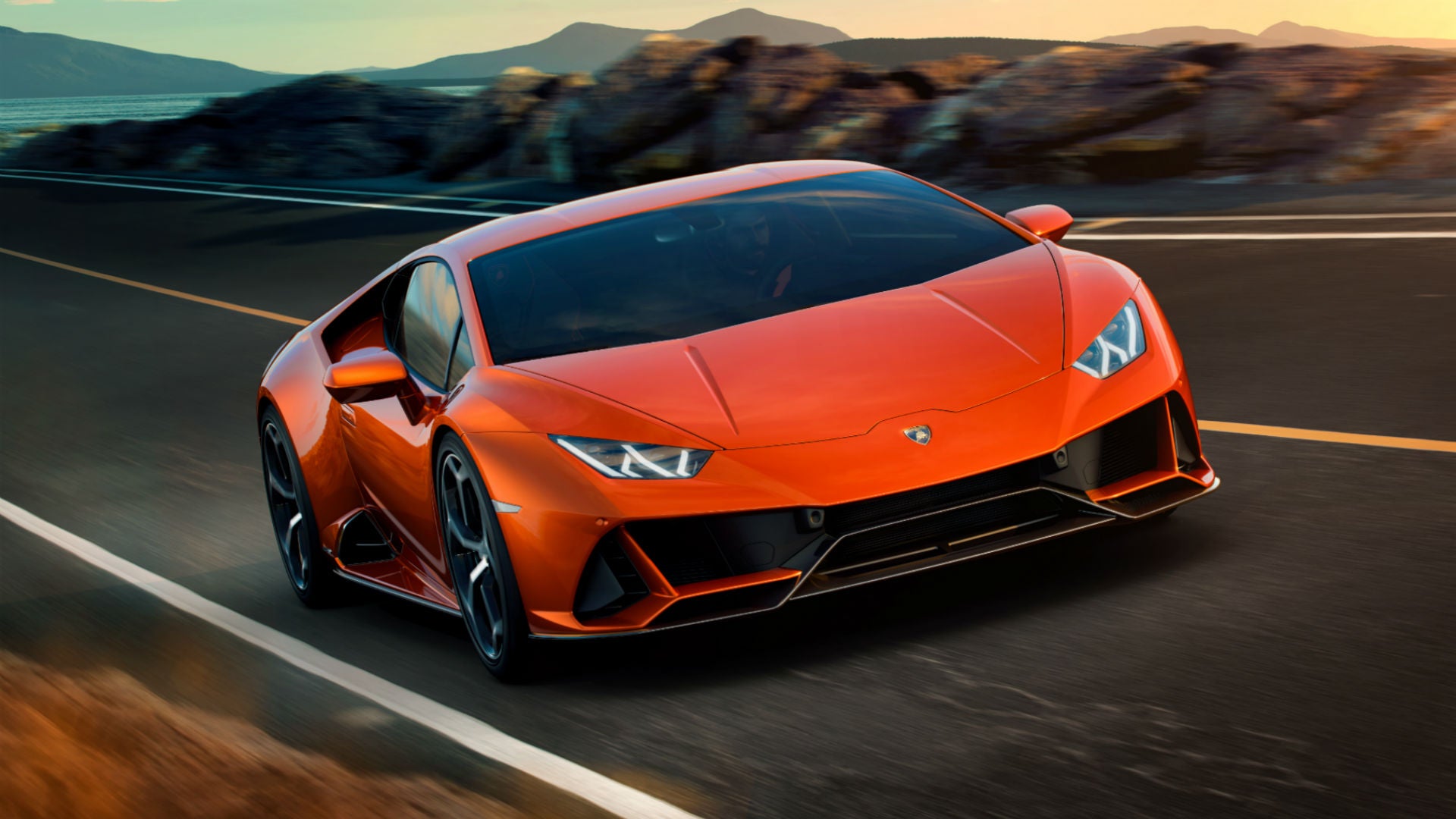 Topline: Sant'Agata Bolognese has bred the evolution of its "Baby Lambo" by tweaking this iteration of the Huracán with top-shelf parts such as the Nurburgring-blasting Performante's V-10 and a slew of major tech upgrades. Courtesy of more aggressive aero, four-wheel-steering, and Lamborghini's trick Vehicle Dynamics Control System (VDCS), the Huracán Evo will be just as capable in the corners as it is on the straights, the latter being augmented by a hefty 30-horsepower bump to 640 hp in total.

What's New: The Italian manufacturer has had a clear realization that, although less expensive than its Aventador stablemate, the Huracan is the most suitable for going quick—both on track and twisty B-roads. Because of that, it has fitted the Huracán Evo with what it describes as "predictive logic" pertaining to its aforementioned Vehicle Dynamics Control, enabling an increasingly intuitive driving aid that's improved drastically over its previous form. Lamborghini Dinamica Veicolo Integrata (LDVI) is a central processing unit that anticipates the driver's next move and tweaks the supercar's setup accordingly. This supposedly includes adjustments to the Huracán Evo's throttle response, suspension geometry, and other computer-controlled aspects like torque vectoring.

Furthermore, that system is aided by Lamborghini Piattaforma Inerziale (LPI), defined by the automaker as "a comprehensive set of accelerators and gyroscope sensors placed at the car’s center of gravity." It monitors variables including lateral, longitudinal, and vertical accelerations in addition to pitch, roll, and yaw rates.

Lastly in terms of driver assistance is Lamborghini Dynamic Steering (LDS), a feature that steers the rear wheels to compensate turns effectively and efficiently. It ensures maximum finesse at low speeds while maintaining stability near the limit, an important consideration when driving at 10 tenths.

While the futuristic tech of this operation may appeal most to drivers' brains, Lamborghini hasn't forgotten to factor in a heaping dose of the usual emozione. Still utilizing the familiar 5.2-liter V-10, it's been tweaked to Performante-spec and touts 640 horsepower as well as 442 pound-feet of torque.

Quotable: “Lamborghini is intent on leading the advance to the highest level of super sports car technologies and driving emotion. This is the essence of the new Huracán Evo. It takes the extraordinary abilities of the Huracán Performante and combines state-of-the-art vehicle dynamic control to amplify the everyday Huracán driving experience,” says Stefano Domenicali, chairman and chief executive officer of Automobili Lamborghini. “The Huracán Evo is the very definition of evolution: it is a step ahead, redefining the segment parameters. It is remarkably easy to drive while delivering the most responsive, sensory and agile driving experience, in every environment.”

What to Know: The 2019 Lamborghini Huracán Evo weighs a total of 1,422 kilograms, or 3,135 pounds, making its power to weight ratio 2.22 kg/hp. This is slightly under-par compared to the Performante, but expect the Evo to be a more livable exotic than its purely track-focused counterpart. It'll hit 62 miles per hour in just 2.9 seconds and accelerate to 124 mph from a standstill in nine seconds flat. Those figures will keep climbing up to a claimed top speed of over 201 mph.

Deliveries are expected to begin in spring of 2019 with American customers facing a base price tag of $261,274. No production figures have been announced as of yet, but expect Lamborghini to make more than a few as the Huracán is currently its best-selling model ever—an Evo model will more than definitely fly off showrooms without issue.