2019 Lamborghini Huracán Evo Spyder: What Bedroom Posters Are Made Of 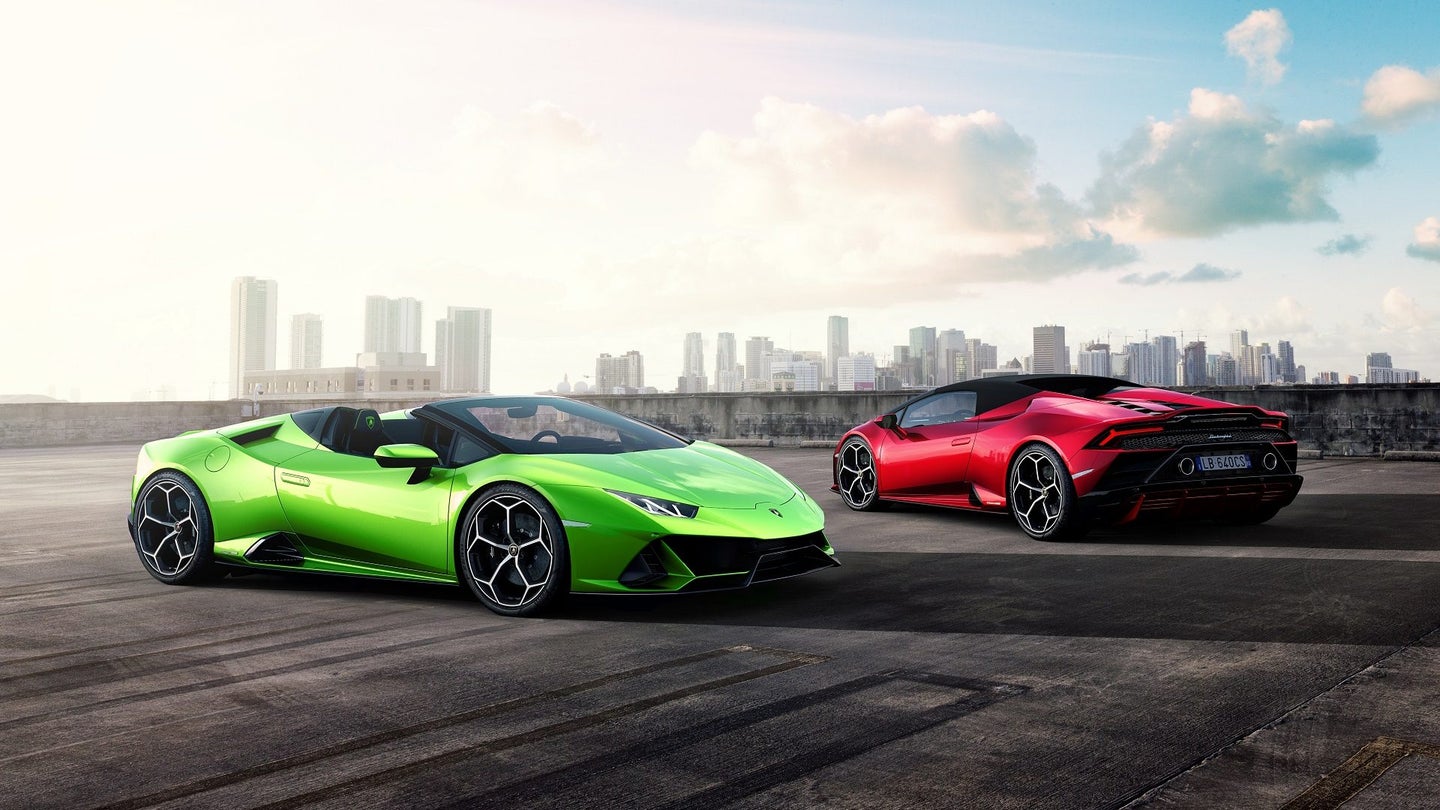 Top Line: In a move not completely out of left field, Lamborghini is rolling out the Huracán Evo Spyder, the drop-top version of an update to its "entry-level" V-10 supercar.

What's New: Chiefly, a retractable soft top that can open or close in 17 seconds at up to 31 miles per hour. At 3,400 pounds dry, the Evo Spyder weighs 265 pounds more than the coupe and as a result, sprints to 62 mph in 3.1 seconds—0.2 seconds slower than its hardtop sibling. While the Huracán Evo coupe officially tops out at "over 202 mph," the Spyder reaches its maximum speed at just 202 mph, period.

The rear window can be open or closed independently of the top, allowing the car's raucous V-10 soundtrack in unfiltered while keeping any precipitation out.

Even with the convertible roof, Lambo says the Evo Spyder boasts "five times the downforce and efficiency of the original Huracán Spyder."

What You Need to Know: Just like the Evo coupe, the Lamborghini Huracán Evo Spyder gets a Performante-derived, 640-hp, 5.2-liter V-10, rear-wheel steering, all-wheel drive, and LDVI torque vectoring that uses silicon-based witchcraft to predict the driver's next move and prime itself accordingly. The Evo's exterior changes are all present here as well, with a new front chin and rear end apparently inspired by racing bikes and the company's own Huracán race cars.

Starting at $287,400, the mid-engined, drop-top supercar will debut in the flesh at next month's Geneva Motor Show.

Lamborghini Tried To Break Into The Military Market With Its G.I. Joe Toy Looking “Cheetah”

The vehicle had a low-slung tactical profile and some interesting features, but it was incredibly underpowered considering it was a Lambo.

The car, which Lamborghini says will be limited to just 63 examples, will preview the Aventador’s successor.

The fancy SUV can still get dirty.