The exotic ditches its heavy all-wheel-drive system and retains a 200-plus-mph top speed. 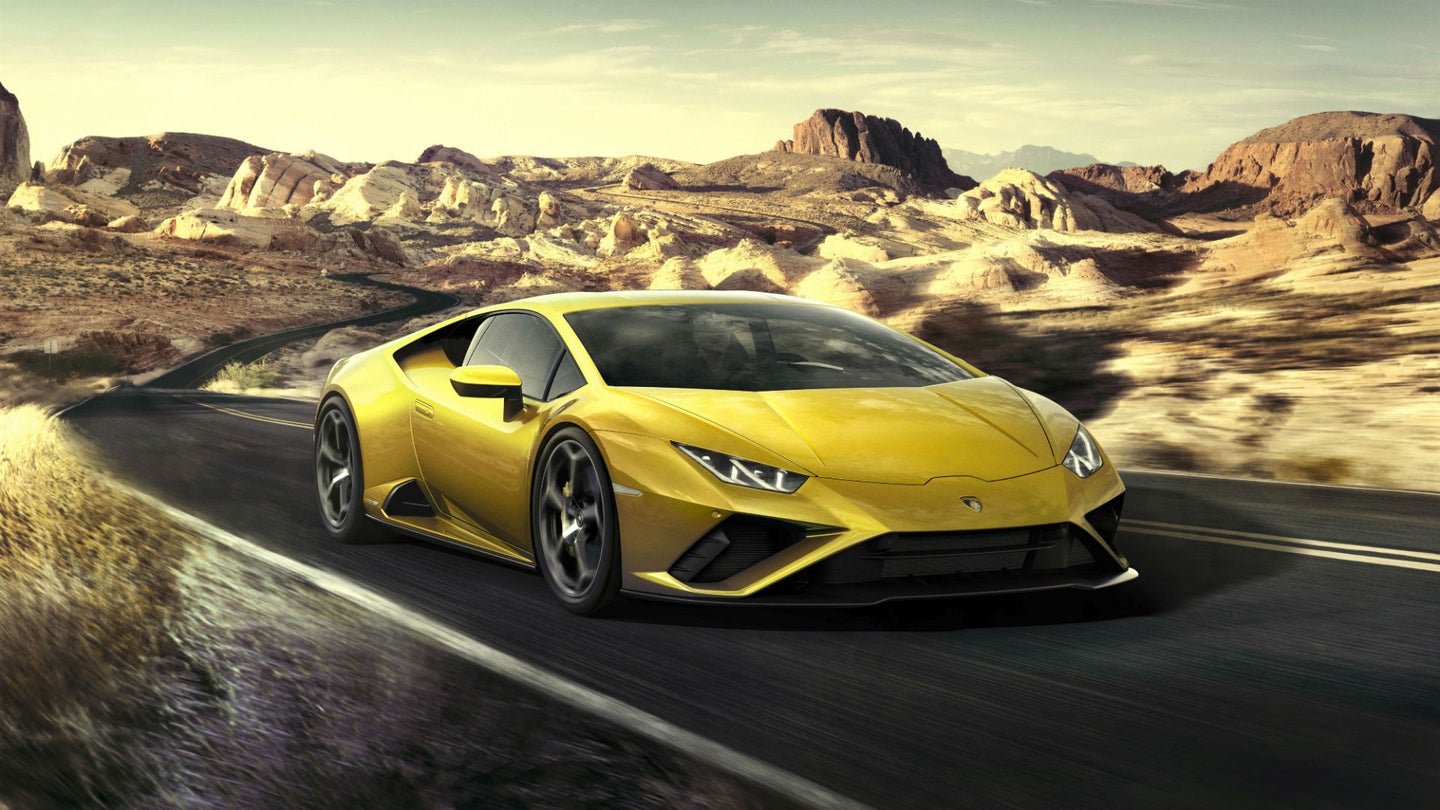 A new Huracan has been added to Lamborghini's bullpen. The supercar manufacturer has announced that the Huracan Evo, its facelifted and more livable variant, is getting a rear-wheel-drive version like Lambos of old and promises that this will be the purest-driving Huracan yet.

The Huracan Evo Rear-Wheel Drive immediately distinguishes itself from its all-wheel driven sister with massive front air intakes separating themselves from the rest of the grille. A subtle front splitter and rear diffuser design change complement the new look as well.

Behind the cockpit lies the same naturally aspirated, 5.2-liter V-10 found in its twin, although output is down to 610 horsepower. Still, the Evo RWD weighs 3,062 pounds dry—72 pounds lighter than the AWD variant. It still features a seven-speed dual-clutch transmission, which aids the car in getting from zero to 60 miles per hour in 3.3 seconds and achieving a top speed of 202 mph.

The Evo RWD introduces Lamborghini's Performance Traction Control System (P-TCS), which differentiates itself from standard TCS by reducing torque delivery incrementally when traction is lost rather than cutting it immediately. This assures that stability won't be upset in the event that power needs to be suddenly cut. This all depends on the driving mode; the system is fully engaged in Strada mode to allow safe driving in any condition, while Sport mode allows more wheel spin for easy drifting, and Corsa is a hybrid of the two optimized for track driving. Combined with the Evo's rear-wheel steering, which has been left intact, the Huracan is as confident as ever when entering and exiting tricky corners.

“The Huracan Evo rear-wheel-drive puts the car in the driver’s hands: the driving experience is delivered by the hardware," said Lamborghini CEO and chairman Stefano Domenicali. "This car reminds the driver of Lamborghini’s pure engineering origins: the driver is at the center of the Huracan Evo RWD’s performance, with unfiltered feedback and an emotive and more engaging driving experience controlled by the pilot."

Starting at $208,571, the Huracan Evo Rear-Wheel Drive is now the cheapest car in the current Huracan stable, replacing the outgoing Huracan LP-580-2 in more ways than one. Deliveries start this spring, just in time for driving season.