The driver and passenger are supposedly OK, but the same can't be said for their pride. 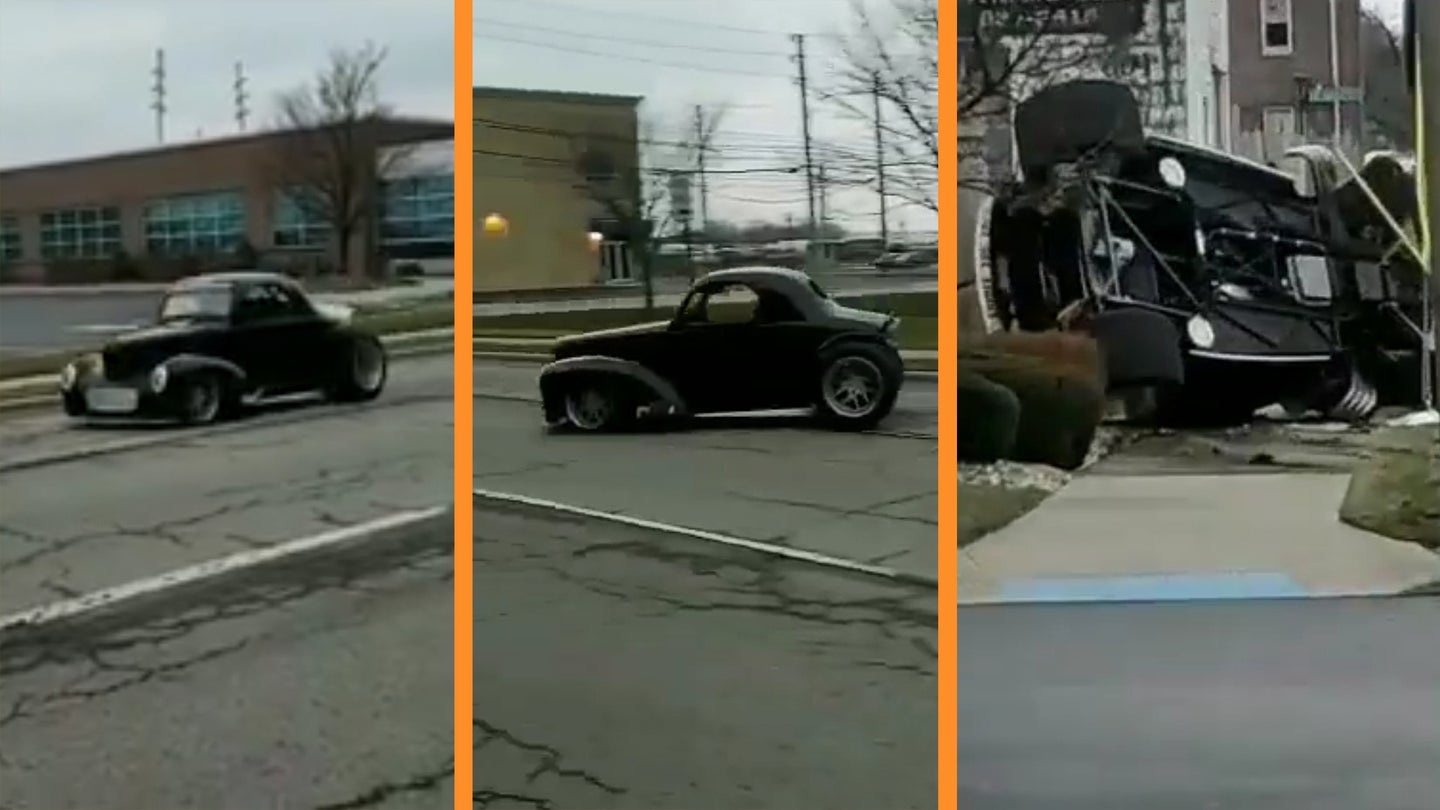 If viral videos are anything to go off of, then we should all know by now that it doesn't pay to be flashy when leaving a car show. Plenty of Mustang drivers have infamously learned this lesson firsthand, and now, another victim of pantomime and panache has been claimed at the Performance Racing Industry event in Indianapolis.

Someone behind the wheel of a '40s Willys hot rod decided to roast their tires for phone-wielding bystanders, which ended up being a costly mistake.

A video clip was posted to social media showing a pair of cars leaving the event. It starts off with an orange, modified Ford Mustang dragster driving off, and once they made it out safe, everyone probably thought they were in the clear. Then, the Willys coupe comes into frame and accelerates hard before it suddenly loses control and spins out.

Before turning the other direction and leaving the frame, the Willys appears to counter-steer in an attempt to stop the slide, but it was too little too late. After exiting from view, a crunching noise can be heard, and then the camera repositions its focus onto the Willys. The high-powered machine apparently slid up a support cable for a utility pole, causing it to flip upside-down in spectacular fashion.

Luckily, the accident itself didn’t look too harsh on camera and commenters in one of the Facebook videos say the driver and his passenger walked away without injury. The car is supposedly OK as well with a few dents and dings.

Several videos down the comment thread also showed a whole group of good Samaritans who came to the car’s rescue by helping to flip it back over. Once right side up, it appears the Willys sustained minor damage with the hood being dismounted but seemingly intact.

Details on the Willys’ modifications seem scarce, but given the noise it makes, it’s safe to assume there’s a lot of power. This, of course, is going to the rear wheels in a car with an extraordinarily short wheelbase, which means it’s inherently a handful. Factor in the frigid Indianapolis temperatures and you've got a recipe for disaster.

Needless to say, the driver is counting their blessings and will probably take a little more extra care when letting the hot rod loose in the future.