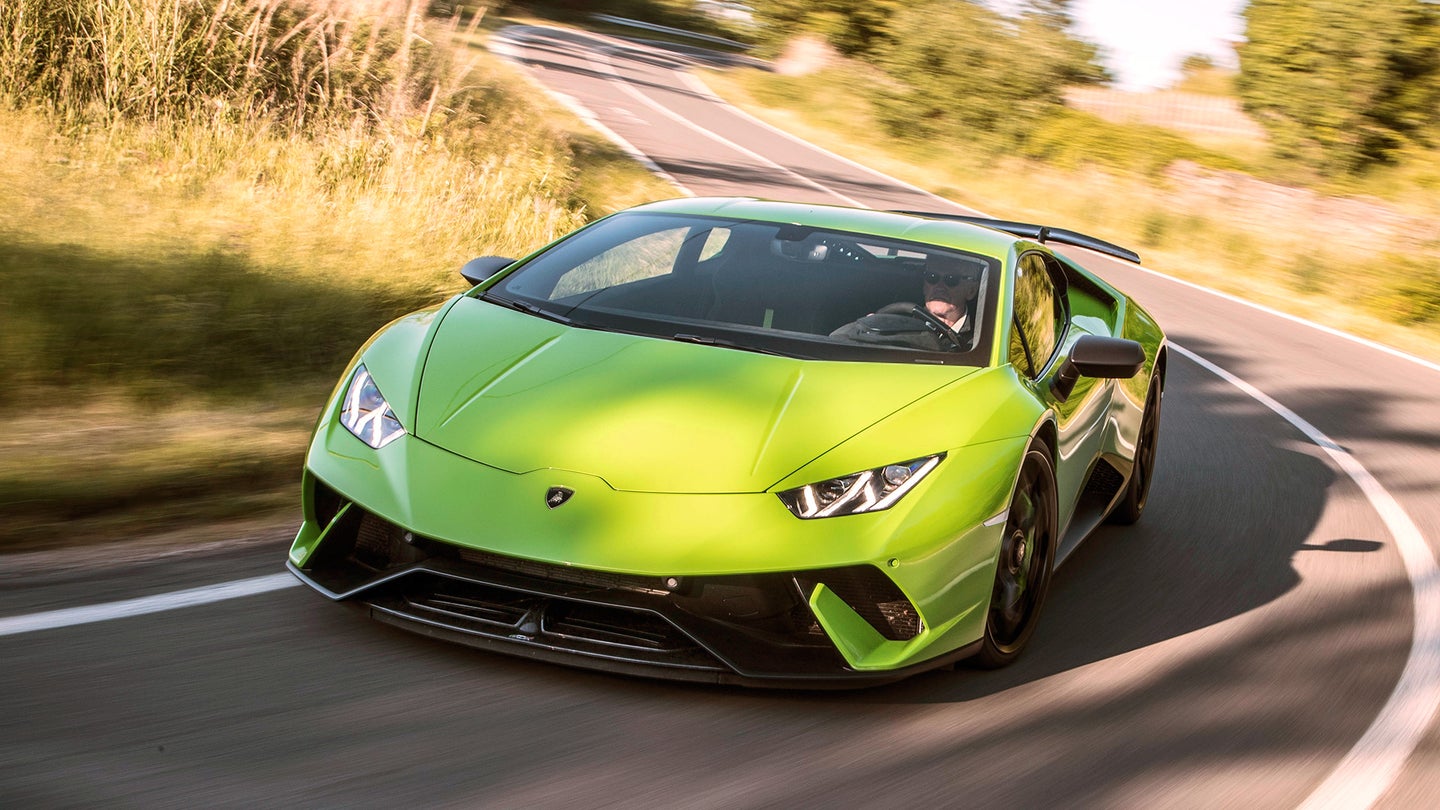 A 25-year-old British man racked up a stunning $45,000 worth of tickets in just three hours behind the wheel of a Lamborghini Huracan

According to The Sun, the unnamed British tourist spent the same length of time as that tour Gilligan and the Skipper had been planning blasting along desert highways like the Sheikh Zayed Road in the rented Lamborghini at speeds of up to 150 miles per hour early one recent morning—a joyride that, unsurprisingly, caught the attention of the all-seeing eyes of speed cameras lining the route. In fact, those cameras managed to capture the Huracan flaying the speed limit no fewer than 33 times over that three-hour span, leading to the eye-watering amalgamation of fines.

But like an M. Night Shyamalan film, here's the twist, and there is a twist: In Dubai, traffic fines accumulated on a rental car are the legal responsibility of the company that owns the vehicle. And according to The Sun, the tourist who rented the car for two days still hasn't returned it yet to face their presumably very, very angry faces.

"We can’t pay this amount should the car be taken into impound, it’s still with the tourist, parked at his hotel," Faris Mohammed Iqbal, the 26-year-old owner of the rental car company, told The Sun. "Who pays the money for the impound? We shouldn’t do so for sure, its his fault and he should pay that amount.”

The British man paid about $1,550 on July 30th to rent the car for two days, according to the paper. He also reportedly gave the rental car company his passport as collateral—and the rental firm still has a hold on it. Nevertheless, it seems unclear whether the Brit can zip back to his homeland or not without his passport, as the government of the United Arab Emirates apparently won't be forcing him to stick around.

“We obtained copies of all the violations and immediately submitted a request for a travel ban on the tourist," Iqbal told The Sun, "but the request was rejected."

As for why Iqbal's company hasn't gone to the tourist's hotel and snatched back the Lambo itself, Iqbal told The Sun that doing so would mean the Huracan would disappear into police custody. "I won’t be trying to take it back because once I do, I know I have to surrender it to police," he said.

Car Left in Dubai Parking Garage for a Decade

I once used a parking garage to leave my car for the winter for a total of $80, but this guy has taken it to another level.