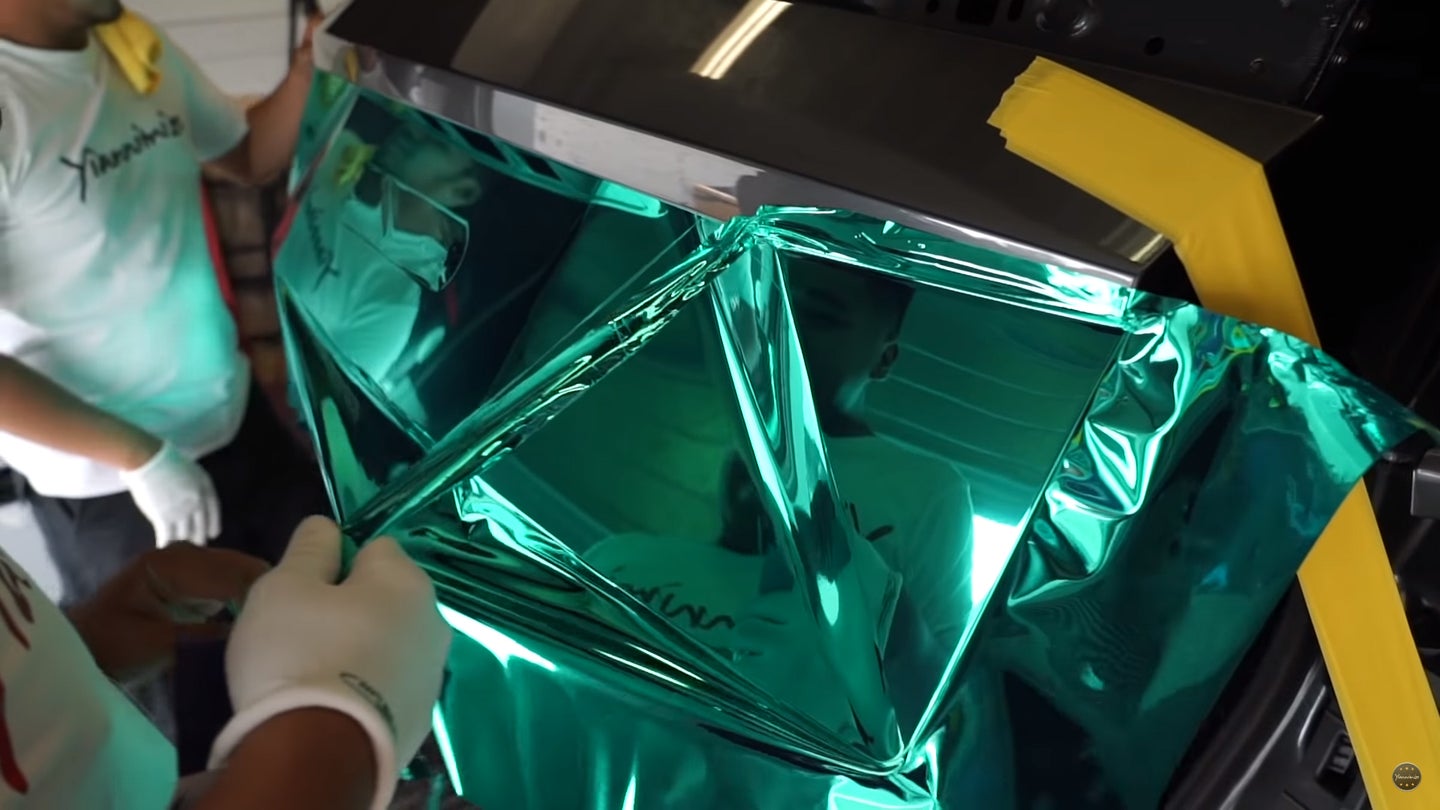 Wrapping a car isn't necessarily something as impressive as, say, watching a few supercars play around in the snow. However, the process itself, especially when done on an unusual or rare vehicle like the Lamborghini Urus, can certainly be interesting to watch.

Yianni Charalambous, a supercar customizer based in London, specializes in vehicle wraps at his company, Yiannimize. Recently, Charalambous purchased a Lamborghini Urus to sit alongside his existing Aventador S, and decided that since the vehicles match so well together, that they should both wear the same outfit; thus the idea to wrap the Urus in a Chrome Turquoise vinyl was born.

Now, the process of wrapping a car isn't necessarily difficult; depending on the make, model, and material used, the process could be a breeze, or it could be something that makes you want to rip your hair out. In my experience, most older vehicles have been fairly simple to wrap. Boxy corners and simple, defined edges make the overall fit and finish of the vinyl easier to perfect. But when you look at some of the more modern vehicles, especially supercars, this process becomes much more in-depth and worrisome.

The thought of breaking a tab off of trim, or scratching the finish with a razor blade becomes something you sweat over. Fortunately, that's why these guys bring their car to a garage that specializes in the task, and not some guy them know who wrapped a friend's car (me).

So what's the big deal? Well, it's rare to see two Lamborghinis in the same place, let alone customized. But in the extraordinary event of when that does happen and the cars have matching outerwear, chances are, you'd snap a photo or tell someone about it. That's exactly what Charalambous did, recording the entire wrap process of the Urus for the world to see and appreciate. He also equipped the ultra-luxury SUV with NDS1 Nero wheels and custom branded tires.

Lamborghini Is Preparing to Take the Urus Racing

Lambo is looking to show the Urus off on road, track, and gravel.