The fancy SUV can still get dirty. 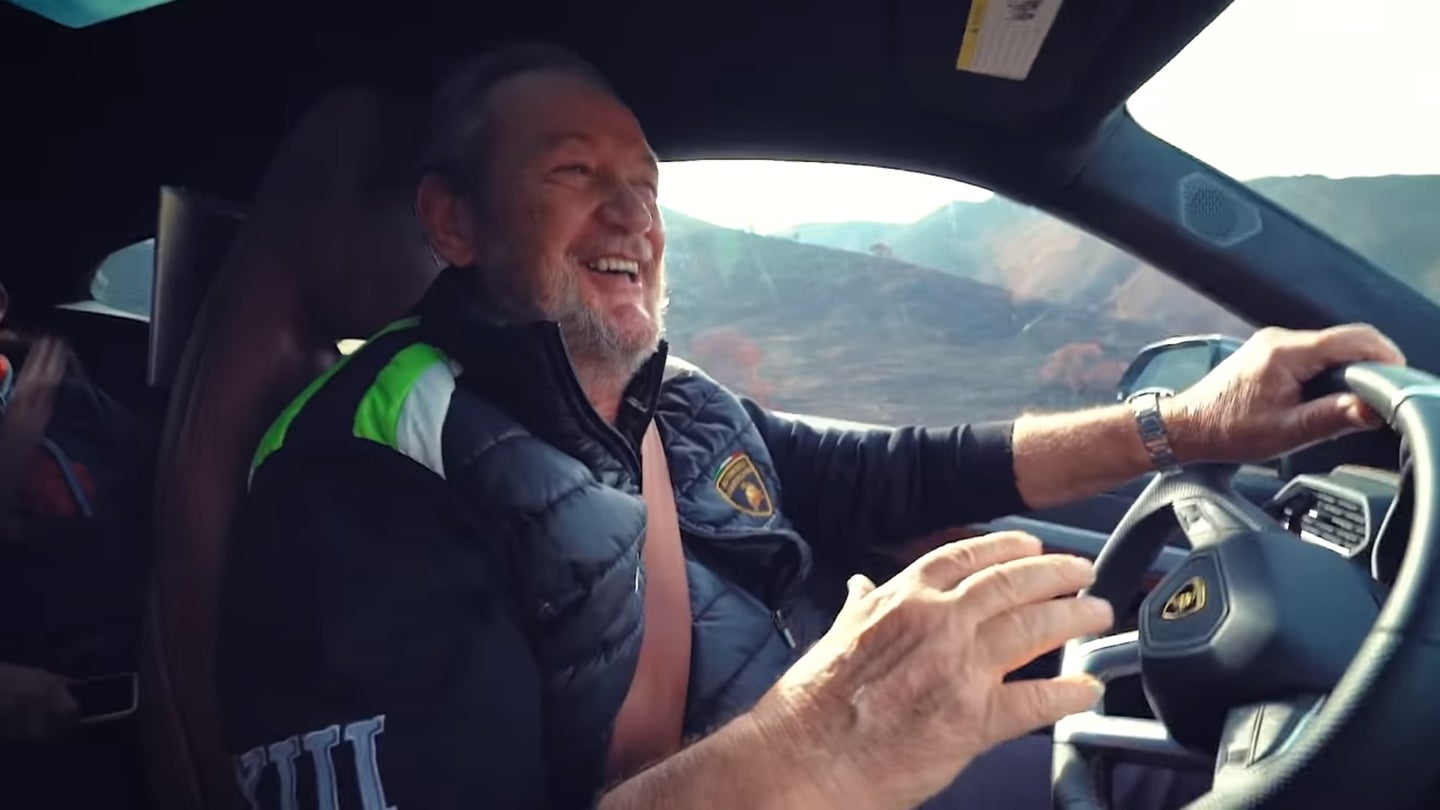 Valentino Balboni is one of the most significant figures in Lamborghini's history. Starting as a mechanic's apprentice in the late 1960s, Balboni rose to become the company's chief test driver for decades, wringing out every notable performance machine to leave the gates of Sant'Agata Bolognese. So what does he think of the Lamborghini Urus?

A recent upload from the YouTube channel DailyDrivenExotics has the show's host, Damon Fryer, meet up with Balboni to ride shotgun as the legendary driver puts a brand-new Urus SUV through its off-road paces.

Balboni helped develop so many important models during his time at Lamborghini; his mark is left on everything Countach to the Murciélago. Though Balboni is no longer a full-time employee of the manufacturer, his name is still synonymous with it. Lamborghini officially honored him in 2009 by creating the Valentino Balboni edition Gallardo. The Balboni edition was significant in being the only rear-wheel-drive variant of the Gallardo, and production was capped out at 250 units.

During the interview, Balboni comments on the Urus' electronic assists. Although he cut his teeth on the raw supercars of the '70's and '80's, he does appreciate the convenience of modern technology. He also mentions that these assists can allow a professional driver and a less-skilled one to get similar levels of enjoyment out of the car.

Balboni also admires how easily the Urus is able to navigate rough terrain compared to the company's old LM002 SUV. Throughout the video, the Lamborghini rolls over loose dirt and splashes through sloppy mud without even hinting that it might get stuck.

Whether it's a Countach on the track, or an Urus on an off-road trail, it's clear that Valentino Balboni is a man who just loves driving, and he's not done spreading that joy to Lamborghini owners and admirers.