This is one of only 48 ‘Rambo Lambos’ that were exported to the U.S. 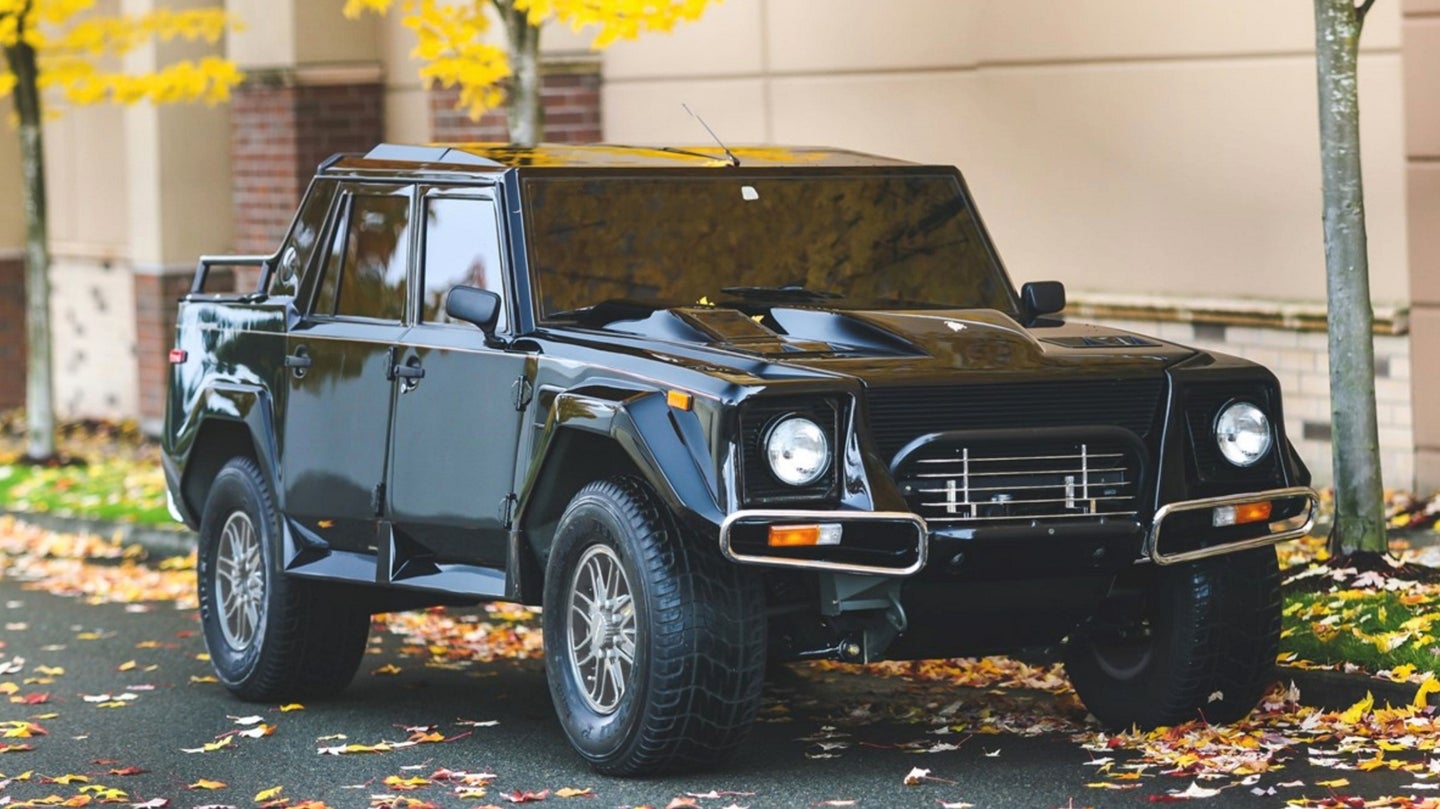 There’s been a lot of hype surrounding the recently unveiled Lamborghini Urus which claims to be the first “SSUV” (super sport utility vehicle). The Urus is fine if that’s what you’re into, but many of us prefer its ridiculous predecessor, the Lamborghini LM002 SUV that was produced from 1986-1993. Thanks to a recent auction, we already have an idea of what the Urus is doing to the value of the LM002.

Affectionately nicknamed the “Rambo Lambo,” The LM002 is famously powered by the same 444-horsepower 5167cc V12 engine found in the Countach sports car. If that engine was too puny for you, you could also order an LM002 with a 7.2-liter marine V12. For a long time, the LM002 was the only vehicle you could buy that could go from zero to 60 mph in 7.7 seconds, hit a top speed of 118 mph, and climb mountains and make it all look easy.

Despite the tough-as-nails exterior of the LM002, it had a legitimately luxurious interior adorned with leather and wood befitting of the Lamborghini name. High-performance luxury SUVs are a dime a dozen these days, but the Lamborghini LM002 is arguably the one that started the trend. Some famous LM002 owners have included Tina Turner and Rambo himself, Sylvester Stallone. While some of its infamous owners were Muammar Gaddafi and Uday Hussein.

A very special 1990 Lamborghini LM002 that’s rare and exotic even by LM002 standards just went to auction and fetched a hammer price of $467,000 via RM Sotheby’s in New York. According to RM Sotheby’s, this pristine example holds the distinction of being one of only 48 USDM “LM/American” models from the 301 LM002s that were produced. It has the receipts from a five-year $325,000 restoration and it even has a new set of Pirelli Scorpion tires that were specific to this model. It is arguably the cleanest example of a USDM Lamborghini LM002 in the world.

Was this “Rambo Lambo” truly worth almost a half-million dollars or would you rather hold out for the all-new $200,000 Lamborghini Urus?