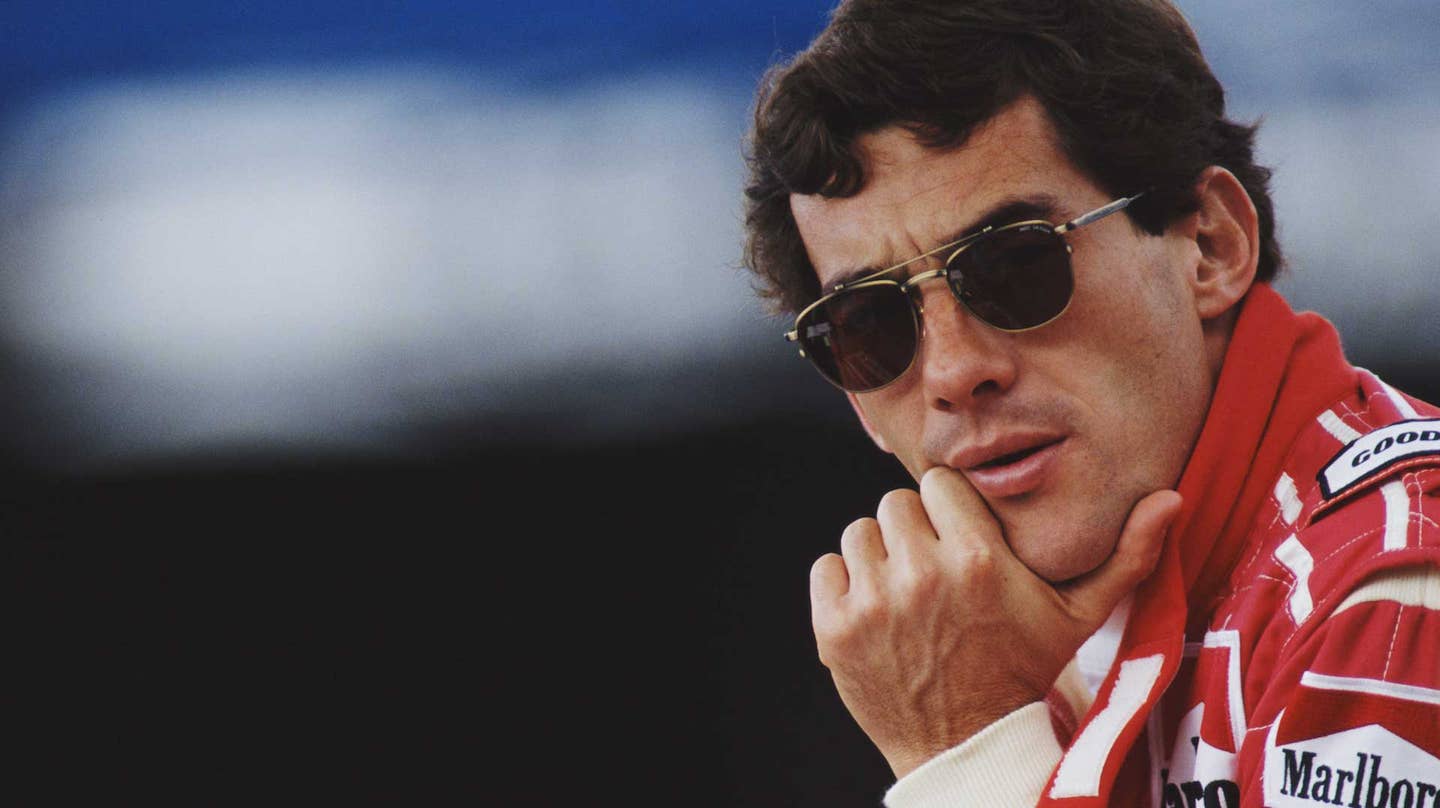 The look. The arrogance. The talent. The tragedy. No driver is as steeped in modern motor racing lore as the late Aytron Senna. He might’ve been the most ferocious animal to ever climb into a Formula 1 car. Also the most capable. He won three championships and made friends and even more enemies and became a star. At the height of popularity, during the early Nineties, the bigwigs started talking about making a movie. And who did Senna want for the role of Senna? None other than Sylvester Stallone.

That’s according to the Italian Stallion. Evidentially, Senna reached out in 1994, at the beginning of the F1 campaign. The two got to talking. Senna sent over one of his racing helmet, noting the Brazilian flag paint scheme’s similarity to the boxing trunks Stallone wore in Rocky II. Stallone says he researched the part, but let it go after Senna was killed at Imola, during the San Marino Grand Prix, that May.