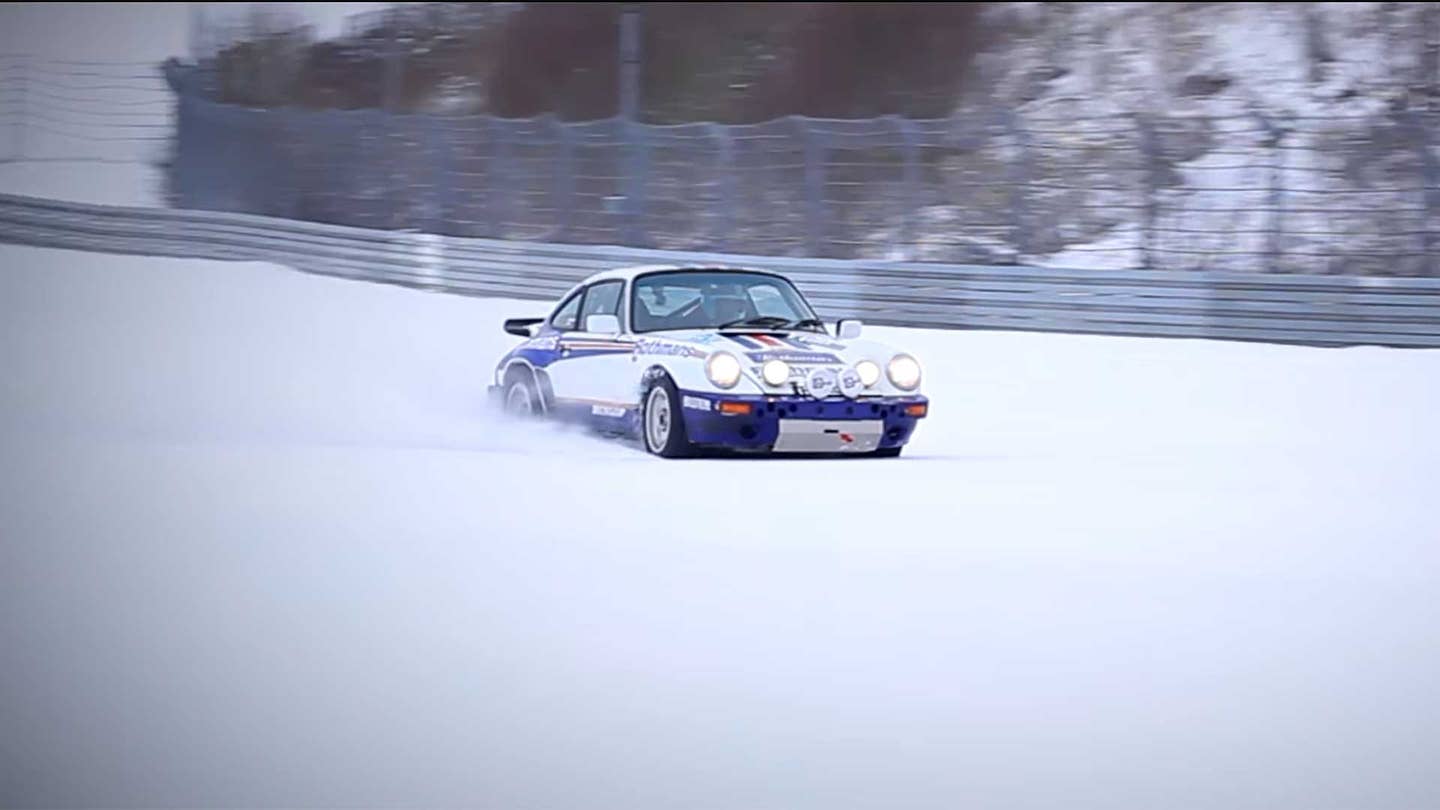 The Nürburgring is a motorsports fantasyland during the best weather, but it looks even more exciting when the snow starts to fall. While the course isn't open to the general public during the winter, this Porsche 911 SC RS rally car managed a lap of the snow-covered Grand Prix Circuit, sliding the whole way around.

The 911 SC RS isn't as famous as Porsche racers like the 917, but it has an interesting story. Porsche's development of the 959 was slow in the '80s, and this coupe was the company's stopgap for Group B rallying. The SC RS used the 911 Turbo's wider body, suspension, and brakes, but the car had a naturally aspirated 3.0-liter flat-six to drive the rear wheels. It couldn't compete against all-wheel drive beasts like the Audi Quattro, but one managed third place in the 1985 Tour de Corse in France.

The SC RS sounds great in this video, and it looks even better kicking up snow. There's so much accumulation that you can't tell which way the track goes, but driver Patrick Simon knows his way around. After watching this clip, we think the 'Ring should unleash a few more old rally cars on the track for a new racing series next winter.