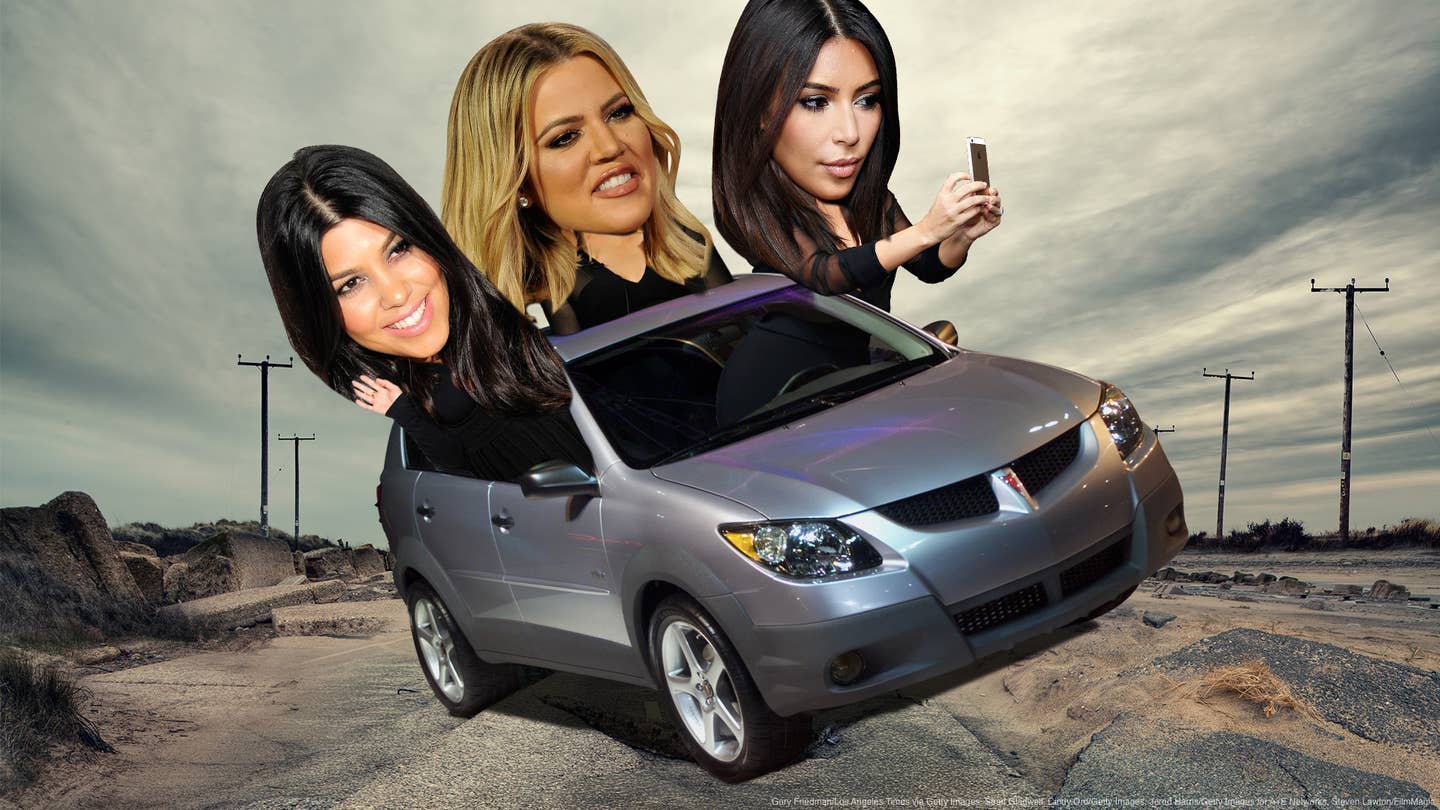 If the pop culture zeitgeist were a used car, the Kardashian clan would be the rust; a troublesome problem that lowers value, ruins integrity, an unsightly eyesore that takes serious time and effort to eradicate. Until America’s inexplicable fascination with this family fades, we’re stuck having public presence shoved down our throats. That means watching them snap up rare and exotic wheels, only to sit on the hood because, to them, life is only what happens in between Instagram uploads. One of them even drives a mint ‘57 Corvette. Heresy.

They do not deserve nice cars. They deserve old beaters, oddballs, lemons, and bores. Junkyard heaps, or the most basic, unimaginative, inconspicuous boxes on four wheels. (Or the guillotine—Ed.) These aren’t all bad cars, necessarily, just the ones that fit. If there was any justice in the universe, the garage at the Kardashian’s witch palace would look a lot different.

The brainchild of GM designer Tom Peters, the Pontiac Aztek was an intentional departure from the normative tastes. Peters has been quoted as saying he wanted something “bold” and “in-your-face” that “ wasn’t for everybody.” Quoth one automotive consultant from AutoPacific: “Functionally, the Aztek is great. It just looks like six-week-old cottage cheese.” All of which screams Kim Kardashian.

Somebody who actually watches this garbage tells us she’s loud and manly and unapologetic. Thus, she is an old, busted third-gen F-Body Chevrolet Camaro. The base Berlinetta V6, mind you, not an IROC. And most definitely an automatic.

An old Volkswagen Jetta, and not a cool Wolfsburg Edition. A super basic, seven-year-old TDI, complete with the dirty, cheating 2-liter turbodiesel four. The interior, of course, would be in dire need of a deep cleaning. There’d be a few dents in the quarter panels from parking mishaps.