Don’t Fall for This Car-Wrapping Scam 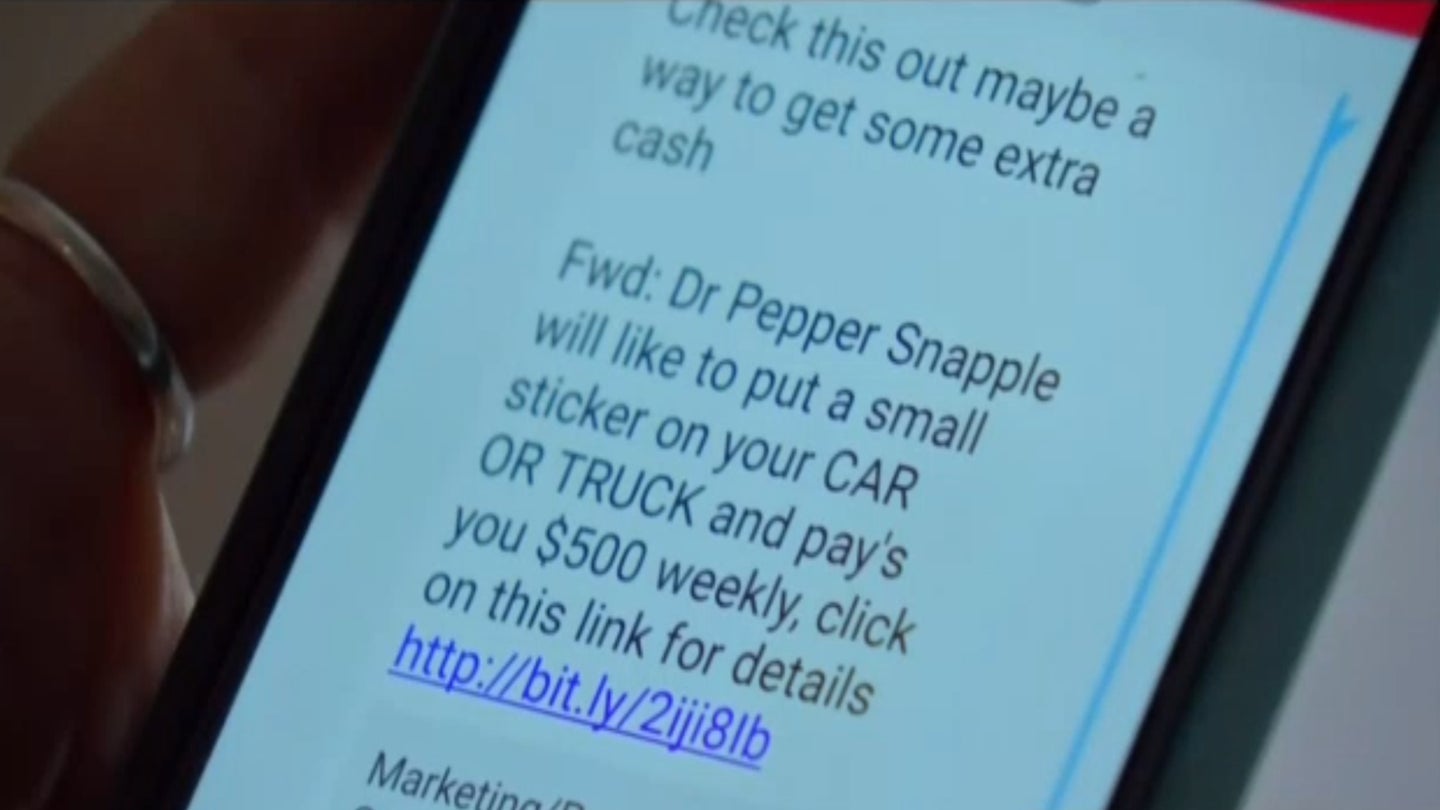 Advertising is big money. In racing, cars are wrapped with liveries showcasing every sponsor who is funding the team. Driving on the road, you have probably seen small business owners wrapping their cars to advertise their services, but there are times you can get paid to use your cars real estate to advertise a brand. Those times are rare, so do not fall for a wrapping your car scam.

Recently in Carrollton, Texas, Catherine Jamieson was targeted for this type of scam. According to Jamieson, her Mazda is copper red and resembled a can of Dr. Pepper. She told the local NBC affiliate, NBCDFW, that she received a text message claiming the company wanted to put an advertising sticker on her car and pay $500 a week for it.

Jamieson showed NBCDFW the text she received. The text included a link, which she clicked. Later, she received a letter in the mail upgrading the sticker to a full wrap of her car which included a large upgrade in price. There was a check for $3,500 instructing her to obtain money orders for $3,000 and allowing her $500 to keep for herself.

Both Jamieson and NBCDFW confirmed with Dr Pepper that there is no such advertising program. It was a scam.

How the scam works is you deposit the check and send the designated amount to the scammer. Later, the original check sent to you by the scammer bounces, leaving you liable for the $3,500.

Jamieson dodged the bullet by second-guessing the great offer.

The Federal Trade Commission warns against these type of scams. "If you get a message urging you to deposit a check and wire money back, it’s a scam. Every time. No matter the story," the agency says. "And if this were a legitimate car wrap opportunity, wouldn’t the company directly pay the car-wrapping vendor, instead of asking you to do it?"

Have you ever been scammed in some car related way? I would love to hear about it in the comments below or in the Facebook comments.

Knuckleheads light ‘em up for Yuletide.