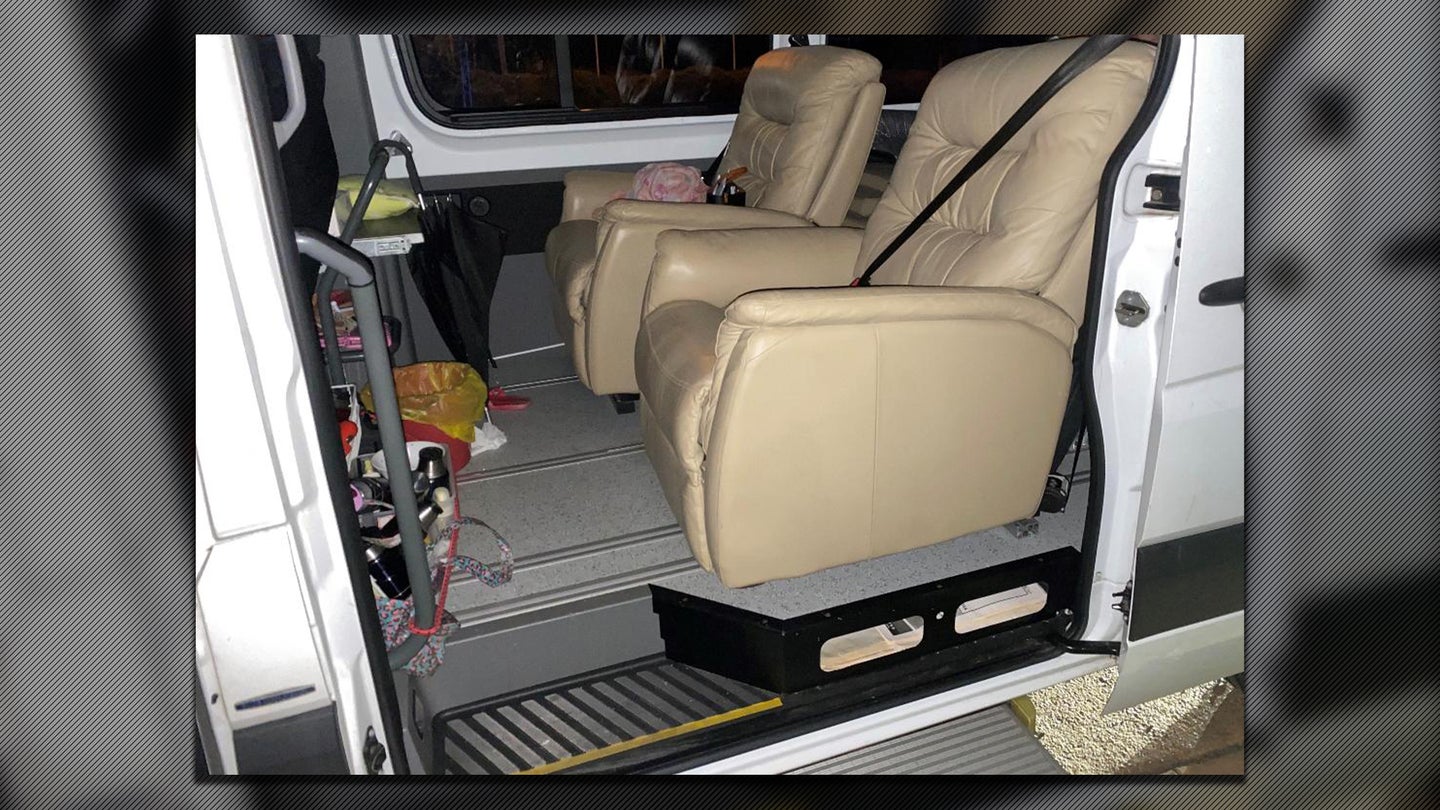 Police in Australia found themselves confused (and probably amazed) after encountering a van outfitted with two La-Z-Boy recliners as back seats.

Last Sunday, Westgate Highway Patrol Officers were notified of a nearby unregistered vehicle by their patrol car's onboard license plate reader. Once authorities executed a stop on the vehicle, and after a quick chat with the driver, they noticed something odd in the back area of the van.

Upon opening the rear door, officers found a six-year-old boy seated in one of the two La-Z-Boy recliners which the vehicle owner purchased and installed in place of the van's factory rear seats. The armchairs weren't free-floating either, as the installation included affixing an "alloy block" to the seats in order to mate with the factory mounting hardware. While the department's Facebook post explaining the stop doesn't specifically mention it, you can also spot a seat belt latch which appears to be fastened to the La-Z-Boy.

The driver was issued three citations; one for the unregistered vehicle, one for breaching the standards of the vehicle registration with an unsafe modification, and another for an unrestrained passenger.

Police explain that although the owner had gone through great lengths to install the suite-worthy seats into the vehicle, the modifications were not approved for road use, especially for carrying around children. In Australia's mainland state of Victoria, vehicles outfitted with certain modifications need to obtain VASS Approval to certify that any aftermarket changes comply with the state's registration standards, something which typical household recliners do not.

Police also note that at the cost of the La-Z-Boy chairs, which local news pinpoints at $1,320 ($2,000 AUD), could have easily covered the cost of registering the vehicle.

Listen, we get it, people haulers are comfortable, but if you're going to take your vehicle onto public streets, make sure it's complying with your local road laws. Otherwise, you run the risk of facing some hefty fines or having your vehicle impounded. Perhaps next time the owner should consider a Toyota HiAce or something else that come factory with pre-installed recliners.