They Still Make It By Hand On Savile Row

Fewer and fewer cars are built by hand each year. If you’re a romantic, you’ve got to go elsewhere for your fix. 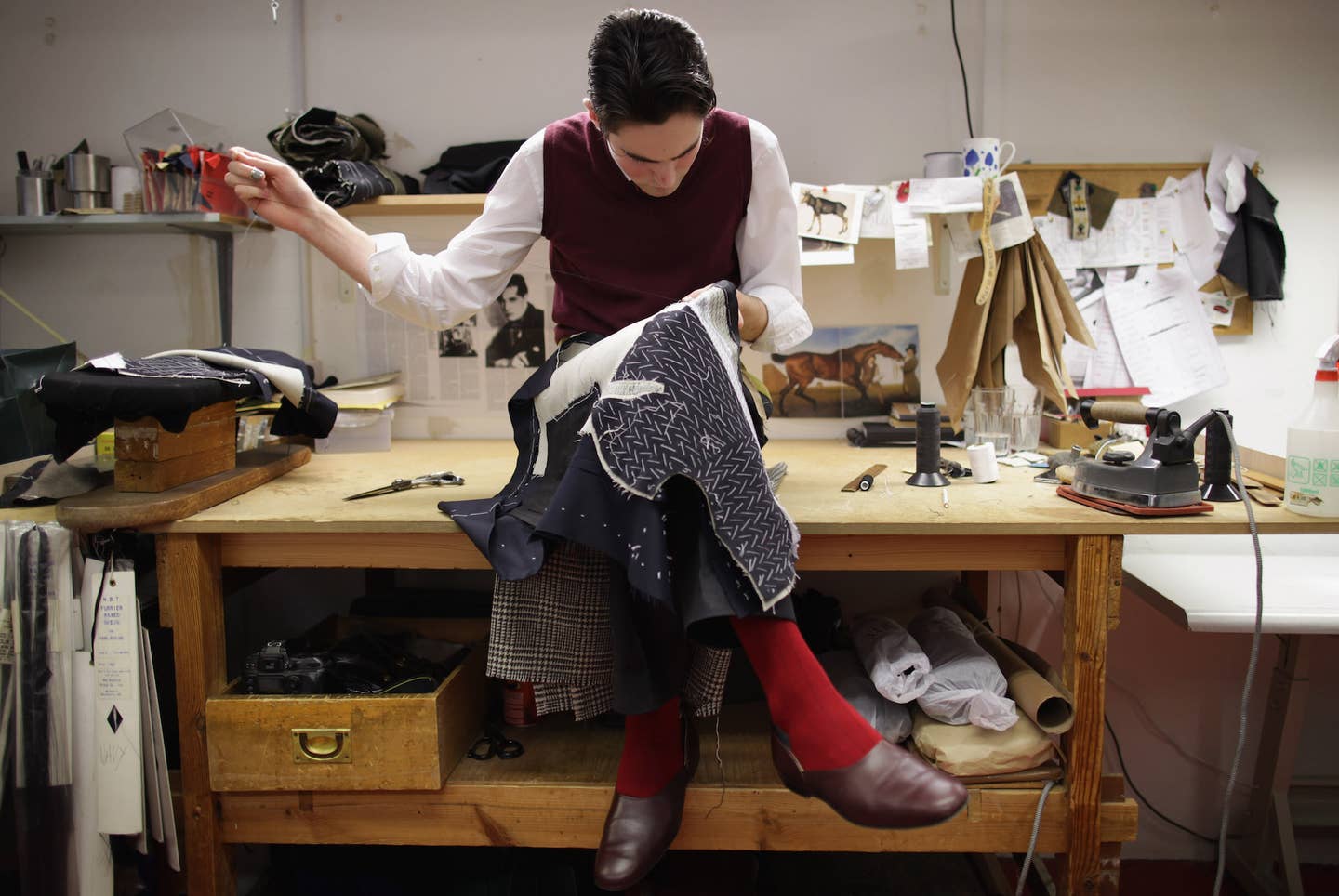 One of my all-time favorite automotive anecdotes is about the Lamborghini Countach’s spoiler. The backstory is well known: Walter Wolf, Canadian racing impresario, orders a custom LP400S with F1 style wing; customers fall in love with said LP400S; said wing becomes the Countach’s trademark. Lesser known is that the spoiler was never an official option, because Lamborghini didn’t have money to go through homologation. It could only be fitted after a car was “sold.” So they got a little shop down the road to build and paint the wings. Whenever an order came in, Lamborghini engineers would run down there, fetch two armfuls of aero, pull a Countach outside the factory, then install the wing, by hand, in the parking lot, using an electric drill.

The point of this story is not that Italian problem solving is hilarious (which it is), nor that many Countachs drive like they were assembled in a parking lot (which they do). Rather, it’s to illustrate that behind interesting cars are interesting people. Peculiar, maybe, sometimes silly and often stupid, but interesting. The further human beings are removed from the process, the more inherently boring cars become, because robots cannot make decisions. Robots don’t leave fingerprints.

Fewer and fewer cars are made by hand each year. There’s no use bemoaning it, because progress is inevitable and, really, standardization is probably best for the industry at large. But if you’re a romantic, the kind that cherishes a forty-year-old anecdote about making supercars in Old World Italy, you’ve got to go elsewhere for your fix. Distillers. Gunsmiths. Watchmakers. Panel beaters. Places where humans still leave fingerprints. One of those places, possibly the most famous, is Savile Row, the legendary bespoke garment district in Central London.

De-Clutter Your Work Space With This Moto Gear Organizer

The three-in-one kit to alleviate your workplace clutter.

SPOT says this little beacon is ready for anything. So we took it for a ride on a 310-horsepower racing Jet Ski.