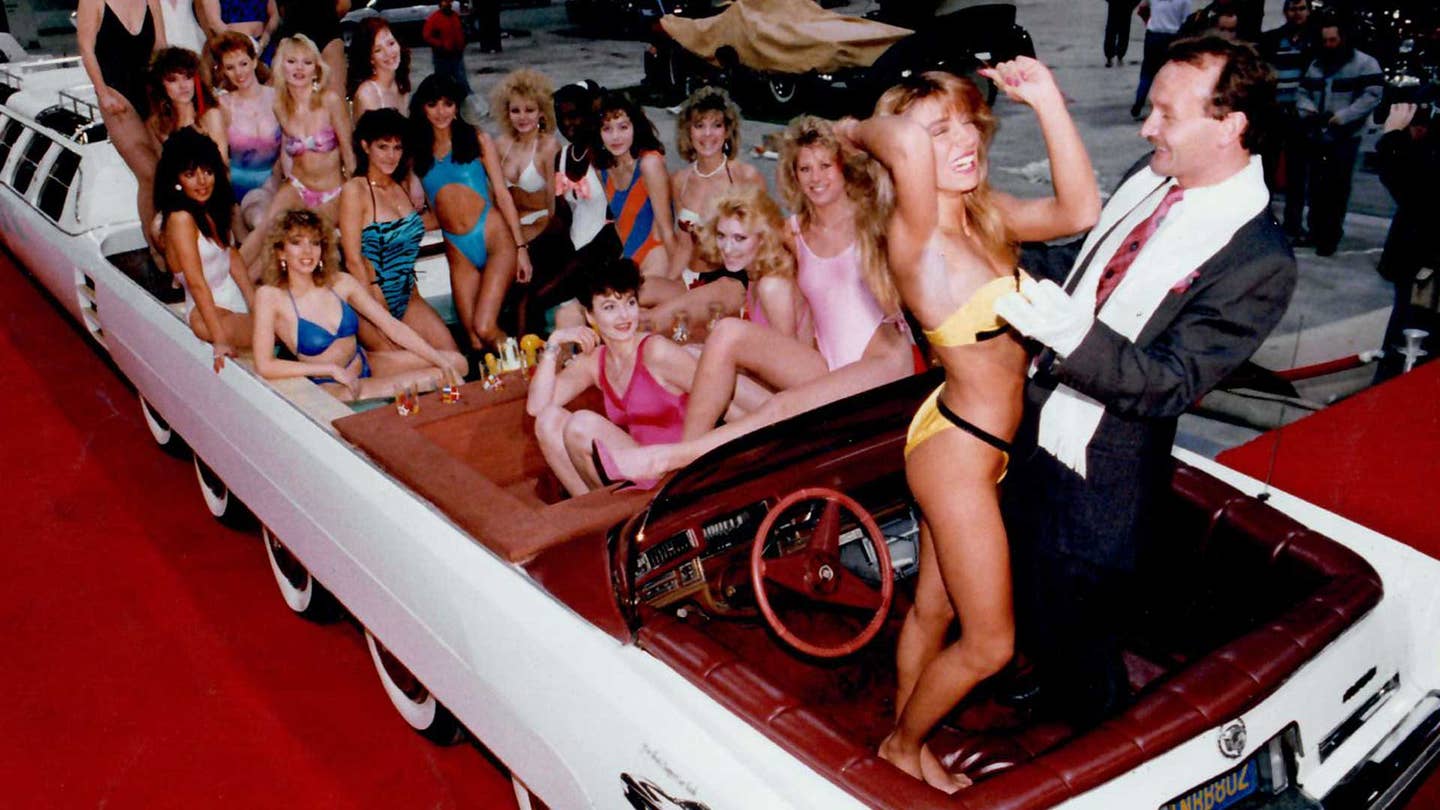 Jay Ohrberg is having a good year. In his shop in Las Vegas, the 76-year-old, Illinois-born car builder is working on the longest limousine in history: a 110-foot Rolls-Royce, with a helipad, a lap pool, two motors, “30 or 40 wheels and all the gadgets we can get in there,” he says. He’s also building a SpongeBob car. And a Mater pickup from the Cars movie franchise. And another vehicle that looks like a 22-foot long football. He’s about to announce a major addition to his year-old 30,000-square foot Vegas museum—the Michael Dezer Hollywood Cars Museum by Jay Ohrberg—where he already has on display numerous real James Bond film cars (including the Lotus Esprit submarine from The Spy Who Loved Me), Batmobiles he’s built for Warner Bros., and a General Lee. (Ohrberg can’t make this announcement yet, but it’s good. Trust us.)

Of all the car guys out there, Ohrberg may be having more fun than anyone.

It all started back in the Seventies when he was working as a truck driver, hauling Craig Breedlove’s land-speed record car around North America to car shows. (For folks who don’t know, Breedlove set numerous land-speed records in the Sixties with a car called The Spirit of America, cracking 600 mph in 1965.) Ohrberg realized: People went nuts for this stuff. There was money to be made at car shows. So he started building his own show cars and hauling them wherever people might appreciate them. That’s when things got really weird.

He built 12-foot-tall hot rod in the shape of a roller skate, painted in stars and stripes. And a hot rod out of an outhouse. And one out of a bunkbed. And so many others.

We caught up with the motor head and asked him for a top six all-time Ohrberg Greatest Hits. Here goes…

Ohrberg’s first show car. “I built it out of two real bathtubs—four and a half feet long—a Chrysler Hemi motor with two blowers, and a toilet upfront for a driver’s seat,” he says. “I used toilet paper rolls for gas and brake pedals and I gold-plated everything.” Is that the greatest idea humanity has ever conjured, or the dumbest? Does it really matter which? “People at car shows went nuts,” says Ohrberg. He had the car on The Tonight Show Starring Johnny Carson (Johnny sat at on the throne, with Ohrberg and Carson sidekick Ed McMahon in a bathtub), and at shows all over the nation. With that kind of success for his first show car, he knew he had to top it somehow.

“I’ve had this limo in 30 countries,” Ohrberg says. And that’s no joke; this thing—the world’s longest limo—ain’t easy to move around. Ohrberg built the 72-seat Cadillac limo with a hot tub inside, a working helipad, a tanning bed, and a putting green. It has two motors and requires two drivers: one up front, one in the back. You might have seen the vehicle on Lifestyles of the Rich and Famous. According to Ohrberg, a Russian newspaper ran a photo of it declaring, “This is how Americans waste their money.” “Of all the cars I ever built,” he says, “this one got the most attention. I made a lot of money with that car.” The limo generated so much dough, Ohrberg had to build others—six more, in fact, including a 40-foot convertible pink Mercedes with 10 wheels and a heart-shaped tub, an eight-wheel Ferrari limo, a Lambo limo…

This limousine looks like the bastard love child of an aardvark and Steve Tyler’s tongue. Ohrberg built it as a promotional vehicle for The Pink Panther Show, which in the Sixties and Seventies was one of television’s most popular cartoons. “They came to me and asked me to do it,” says Ohrberg, “so I went to Oldsmobile and they gave me two chassis and two motors.” After some marathon sessions with artists Ed “Newt” Newton, Ohrberg built the body out of sheet metal. “We would drive it up in front of Mann’s Chinese Theatre on Hollywood Boulevard, open the doors and a Pink Panther would walk out,” says Ohrberg. “He would go into the theater, watch the cartoon, then come out and drive away.”

In the mid-Eighties, producers of the TV show Knight Rider approached Ohrberg with an idea—or rather, the lack of one. The David Hasselhoff “vehicle” was a hit in part because of the car featured in it: The Knight Industries Two Thousand (KITT), an artificially intelligent car built out of a black Pontiac Trans Am. Producers needed to jazz up the show to hang onto viewers for one more year, and they needed some wild vehicle to do it. Ohrberg came up with the KITT Super Pursuit Mode (SPM)—basically KITT on steroids. After filming, the producers crushed these SPM cars, but Ohrberg has since built replicas (there’s one in his museum), and you can still buy the toy version.

The Batman film series rebooted in 1989 with Tim Burton in the director’s chair and Michael Keaton starring. Warner Bros. produced an all-new Batmobile that fans went bat-shit for. For the 1992 sequel Batman Returns, Warner Bros. approached Ohrberg and asked him to build film cars. “They brought two original cars and we made a mold,” says Ohrberg. In total, he says, he built 18 of these Batmobiles for filming and for Six Flags parks around the country. He also built Danny DeVito’s Penguin mobile for the film, a Batboat and a Batmissile “that looks like a big roller blade,” he says, all from designs provided by Warner Bros. These are not easy vehicles to build. “I’ve been really lucky to find people to help me do this stuff: fiberglass people, guys who can carve foam,” says Ohrberg. “There’s a lot of talent out there, especially in Hollywood.”

When asked which was his greatest car of all time, Enzo Ferrari once said: “The one I have not yet built.” Same goes for Jay Ohrberg. Which brings us to the 110-foot Rolls-Royce limo he’s working on now—an attempt to eclipse his world-record 100-foot Caddy. Ohrberg’s longtime collaborator, Phoenix-based artist Richard Fletcher, produced the drawing you see here. Ohrberg is suspecting the finished car will cost about $500k to build (he’s raising money with a Kickstarter campaign). He’ll need to purchase two late-model Rolls-Royces to start with. Pretty ambitious, eh? That’s how Jay Ohrberg Rolls.