"I had never been so scared in my life," said one meet attendee, who had to abandon her stricken car when the steamroller came her way. 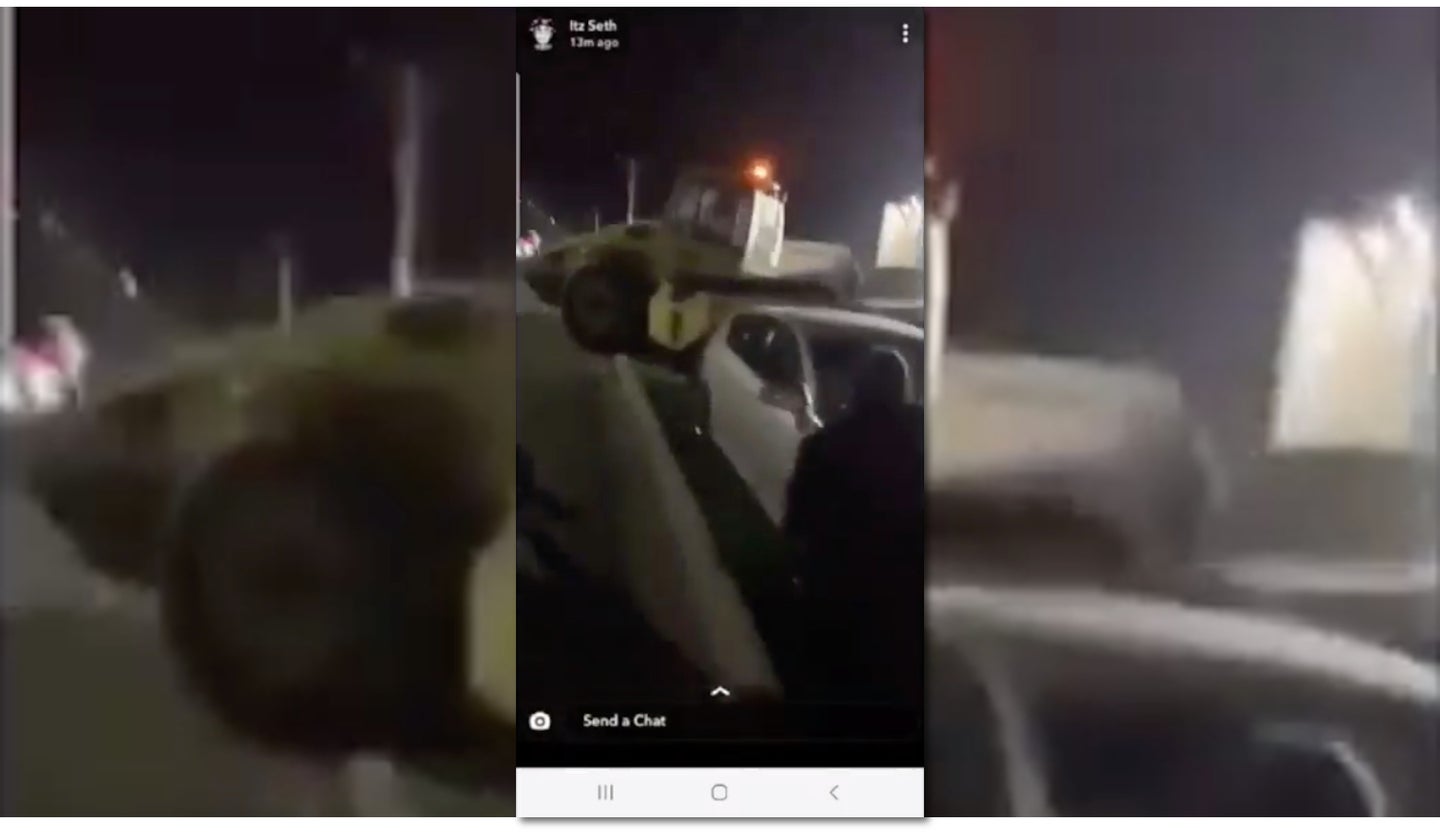 Chaos erupted at a New Zealand car meet early Saturday morning when a steamroller plowed into parked vehicles and chased those that fled on foot.

According to the NZ Herald, dozens of cars were gathered for a Friday evening car meet in a subdivision of Upper Hutt, New Zealand, when meet attendees heard a steamroller start up. People reportedly assumed that the driver of the steamroller was taking it for a quick joyride, but panic broke out when the steamroller started running into their cars.

"[I] heard people saying he had crashed into a car and that's when he started hitting the next car, and that's when everyone started panicking and trying to get out of there," said an unnamed eyewitness, who drove her Toyota Altezza to the event. She and over 50 other cars reportedly tried to escape the carnage once they realized what was happening, but her car ended up getting stuck in some mud.

She was "in tears, screaming for help" as she tried to push the immobilized Toyota out of the mud, but when a friend came to help her out, an accomplice of the steamroller's driver sucker-punched her friend.

"One of my friends that was helping me move my car ended up getting punched in the face quite badly, so I told him to go and that's when the roller started coming towards my car," the witness explained.

Another of the woman's friends reportedly dragged her away from her car to save her life and tried to cover her eyes, but she saw and heard the moment when the steamroller pushed her car into a pole, wrecking it.

"My friend who helped me get away from my car covered my eyes for some of it as I was screaming, but hearing it and then at the last minute seeing it hit the pole, I just broke down completely, I was heartbroken."

Police arrived shortly after midnight, and at 12:25 a.m., they arrested the unnamed 47-year-old man behind the wheel of the steamroller along with his partner in crime, reports NZ Herald. Police charged the former with endangering transport, assault, and drunk driving, then issued an assault charge to the latter. Miraculously, nobody was killed, though two people were injured; one by the steamroller driver's co-conspirator, and one by an incident with another vehicle.

"Words can't describe what happened that night and how it made people feel, everything that happened we can never unsee, it was traumatizing," concluded the woman, who said the attack has given her chronic nightmares. "I had never been so scared in my life."