Are Modern Cars Too Sophisticated?

Some technological advancements are wonderful, but when does complexity do more harm than good? 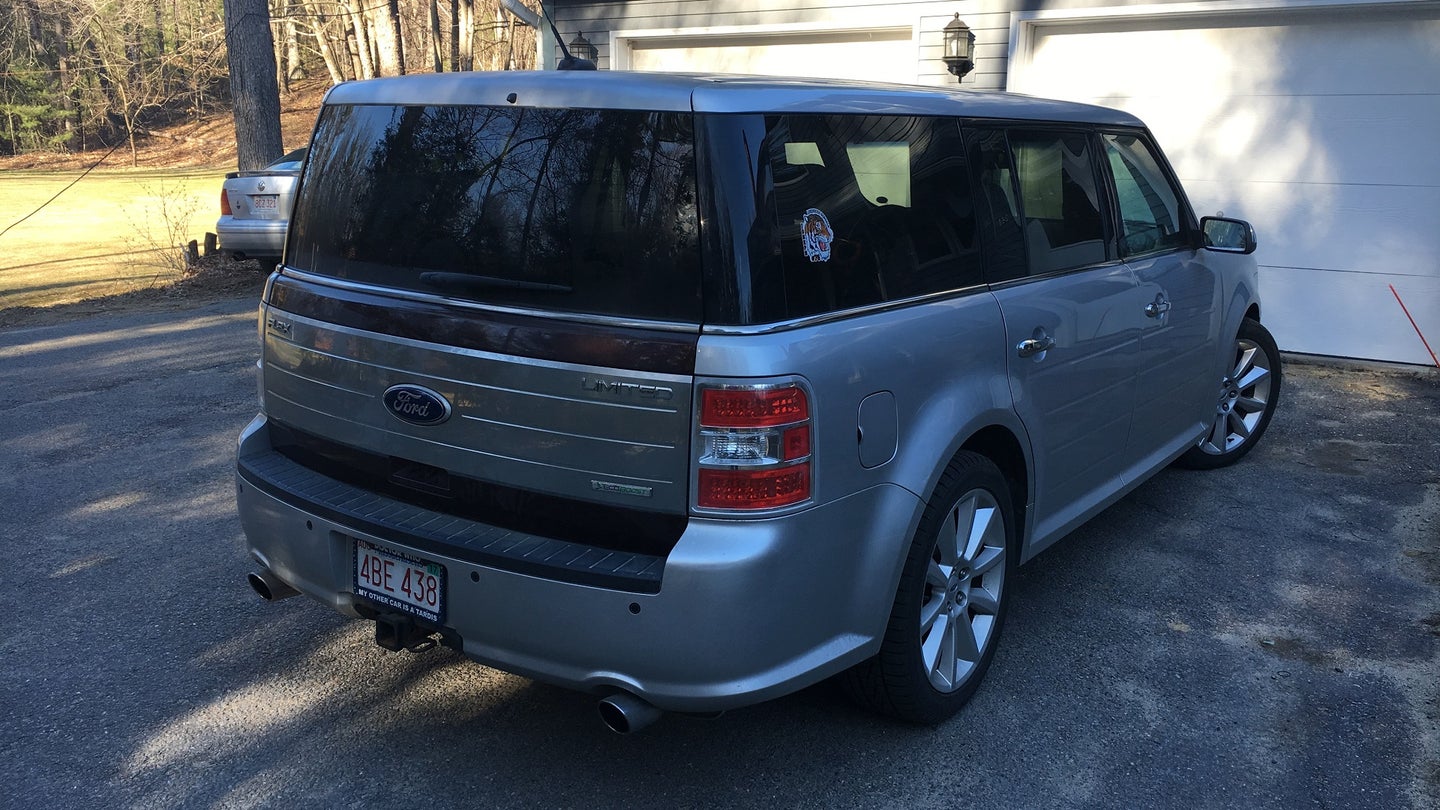 They don't make them like they used to. When it comes to crash safety and modern conveniences, that's a good thing. But like anything else, it's also possible to get too much of that good thing. The more complex these systems get, the more that can go wrong. I learned this lesson after a recent towing accident where I smashed the rear liftgate of my wife's Ford Flex. I avoided sleeping in the doghouse by rapidly locating and purchasing a replacement liftgate. (That's why it's burgundy, not silver like the rest of the car. She actually likes it like that.) It should be simple enough to replace one part with another from the identical year, make, model, trim level, and options, right?

The swap went quite smoothly, and after a little help from my friends to align it properly the donor liftgate hung in position on the back of the car. But it wouldn't latch shut for some reason. Some research online taught me that the Flex, as well as other Ford models, has a separate computer specifically for managing liftgate functions. Why is this necessary? The wagons I've owned in the past did perfectly well with nothing more than key operated exterior lock and a release cable that ran to a lever near the driver's seat. Now get off my lawn.

Being a computer, I tried the first thing you do with any computer problem. I turned it off, then turned it back on again. Now the liftgate would latch. It just wouldn't unlatch, because the computer thought it was already unlatched. And the Flex has no exterior lock to operate it manually. Though my wife could now drive the car safely, this liftgate issue stumped me, as well as the local Ford dealer and my friend's independent shop, for two weeks of tinkering.

I was in the process of replacing the entire liftgate wiring harness with the one from the old hatch, which still opened and shut despite its damage, when I discovered a second plug hidden above the headliner, and a second piece of the harness that wasn't plugged into it. When I connected them, it worked perfectly.

Now yes, I freely admit that if I had plugged it in properly when I first swapped liftgates I wouldn't have had this problem. I didn't think of it because the second plug was completely out of sight. I was rushing to fix my wife's car before my first night in the doghouse. But more than anything, I never suspected that a wiring issue would prohibit fundamental functions like latching and unlatching. I can understand the actuator that automatically opens and shuts the liftgate not working because it wasn't plugged in, but not the latch itself.

Excessive complexity stretches far beyond self-opening doors. Last fall my wife had what should have been a minor fender bender with a Toyota Tundra. In the end there was over $10,000 worth of damage to her car. The low speed impact damaged the oil cooler and reservoir that comes with the twin-turbo 3.5-liter EcoBoost engine, incurring far more damage than a naturally aspirated Flex would have. And just this past weekend, we withdrew from the Oppo Rally because the engine stopped making boost, and we feared causing further damage or getting stranded far from home if we continued to criss cross Connecticut. Again, a normally aspirated engine would not have suffered this failure.

While I do enjoy the convenience of automatic climate control in my Subaru WRX, I appreciate the reliability and simplicity of the manual dials in our older VW Jetta. I wonder if the WRX's climate control will still operate as smoothly as the Jetta's in another 200,000 miles. Modern cars are more and more difficult to work on yourself, requiring the equipment and expertise of a computer programmer as well as mechanical skill. The benefits of antilock brakes, OBD2, and airbags can not be denied. But when fundamental operations like a liftgate latch can be adversely affected by an electrical problem, I begin to question whether a more simple design would be more appropriate.

A DIY Air Conditioner Recharge Can Cool Your Jets

An A/C recharge in a can could save you big money at the shop.

The days of leafing through the phone book to find a mechanic may be coming to an end.