The Uten UT850 OBD2 Scanner Helps You Communicate With Your Car

You can read codes and log data to find out exactly why that ‘Check Engine’ light is on. 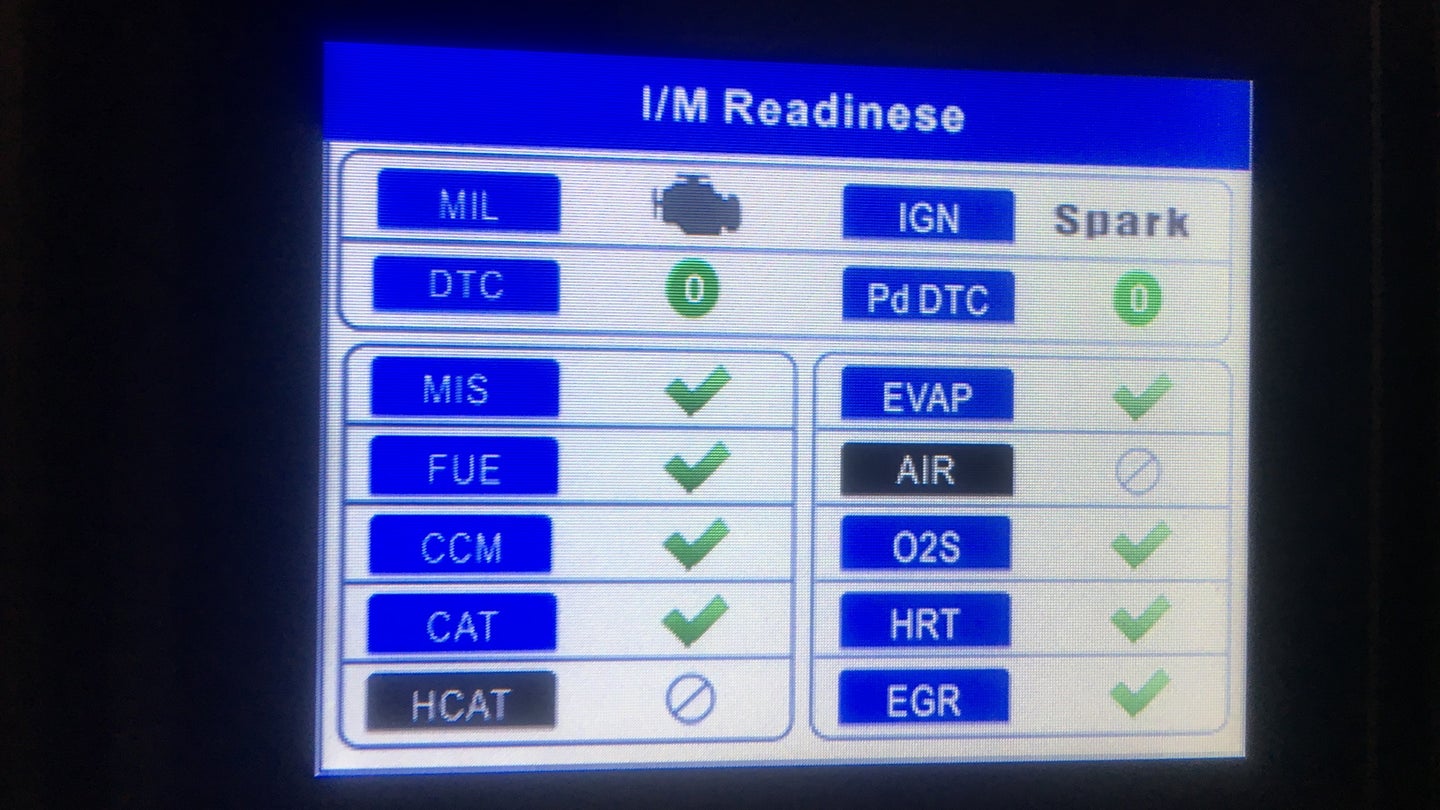 In the past, automotive diagnostic scanners were rather expensive. But today you can get a wireless interface for $10 online and use a multitude of apps to read codes, log, and monitor data in a wide variety of ways. Dedicated scanners have come down in price as well, such as the UT850 OBD2 scanner by Uten.

People often joke that if a Volkswagen's "Check Engine" light turns off, rather than on, only then is something wrong with the car. That's how frequent older VWs throw a trouble code. My 2003 Jetta is no exception, having only passed Massachusetts inspection because it is now old enough to not require emission testing. But that makes it the perfect test subject for the scanner, with actual trouble code data to retrieve and record.

The Uten UT850 scanner looks like a professional grade unit you would see at a shop. Unlike a fragile smartphone or tablet, the scanner is big and bulky, not likely to get broken or lost. The simple buttons are large and bulky like you might find on a kid's toy, which means they can be easily operated with gloves on. The color screen illuminates as soon as you plug the scanner into a car, whether the ignition is on or not. It's not a touchscreen, but that's OK because the scanner seems designed to be operated with gloves on, which means a touchscreen wouldn't work with gloves anyway.

Press the "I/M" button, and after reading the car's data the scanner will present a simple display of everything a state emission test would check. In this example, if my Jetta still required such testing, it would fail because of three trouble codes and a problem in the evaporative emissions system. But there are no misfire issues, which the car had before its extended stay at the shop and subsequent repair. The heated catalytic converter and exhaust gas recirculation system are not supported by the Jetta's onboard diagnostic system, so they are greyed out on the display.

From the main menu, select Diagnostics, and after syncing with car's computer the scanner will display these trouble codes. I found a P4200, indicating a problem in the evaporative emission system again, and a P0420, indicating that the catalytic converter wasn't working as well as expected. Both of these problems are related to emissions, but not the reliable operation of the car, and since this car is exempt from Massachusetts emission testing they can be ignored.

But the third code, a P0321, may explain a running problem the Jetta recently developed. It indicates a problem with the car's engine speed sensor. Occasionally, when coming to a stop, the engine has stalled on me and refused to start again. If I wait a minute or bump start it by dumping the clutch while rolling it will start and run just fine. This condition could be caused by the ignition system not knowing the engine speed, and not knowing when to fire the spark plugs. The engine speed sensor is also a fairly common failure in Volkswagen's 1.8T engine. It may be worth replacing this sensor to try and fix the problem.

Anyway, back to the scanner itself. Although it looks like a professional unit, it does not have many of the expanded features of the higher priced units a shop would actually use. My anti-lock brake warning light recently turned on, indicating that the Jetta's ABS no longer works. A Volkswagen VAG-COM interface would let me connect to the ABS computer to determine exactly what went wrong. The Uten UT850 will not. I needed a friend with a professional grade scanner to program the Jetta's airbag system to only look for the two front airbags since it detected an error with the side curtain airbags after I removed them during the Ute conversion. So despite its professional appearance, this scanner does no more than any other consumer-grade OBD2 scanner will do.

But the UT850 is still a highly capable OBD2 scanner. It can monitor numerous parameters of your engine in real time. It can also record this data to a log file that can be reviewed later when you're not driving the car. It can even generate graphical displays of certain parameters, which look great on the 2.8-inch color screen.

Smartphone apps that interface with an OBD2 Wi-Fi or Bluetooth can do amazing things with the car's data. In addition to diagnostics, they can perform horsepower tests, zero to 60 and quarter-mile timed runs, and display real-time gauges of any available OBD2 parameter. I even have an app that displays a Knight Rider style dashboard on my Android head unit using actual data from the car. The Uten UT850 will do none of this.

But for pure diagnostics, there's a lot to be said for a scanner that plugs into your car and simply works instantly. It's often difficult for me to make my Wi-Fi interface, iPhone, and the DashCommand app all talk to each other. That app, as well as my Bluetooth interface for the Android head unit, also take time to connect and start. What you lose in flexibility you gain in simplicity and ease of use in the Uten scanner.

For $69.99 on Amazon, the Uten UT850 is more expensive than the combination of a Wi-Fi or Bluetooth OBD2 adapter and the accompanying smartphone or tablet app. But it's designed for the job of diagnostic work, and aside from containing enhanced professional features, it does that job extremely well. If you, like me, are a hobbyist with an older car whose "Check Engine" light always seems to be on for one reason or another, the Uten UT850 is a great tool for troubleshooting.

It doesn’t have the bells and whistles of some other dash cams, but it does its job well for a fraction of the price.

Seicane Lets You Put an Android in Your Dashboard

No, not Data from Star Trek—this head unit runs on Android like a tablet, and also integrates with your car.