It doesn’t have the bells and whistles of some other dash cams, but it does its job well for a fraction of the price. 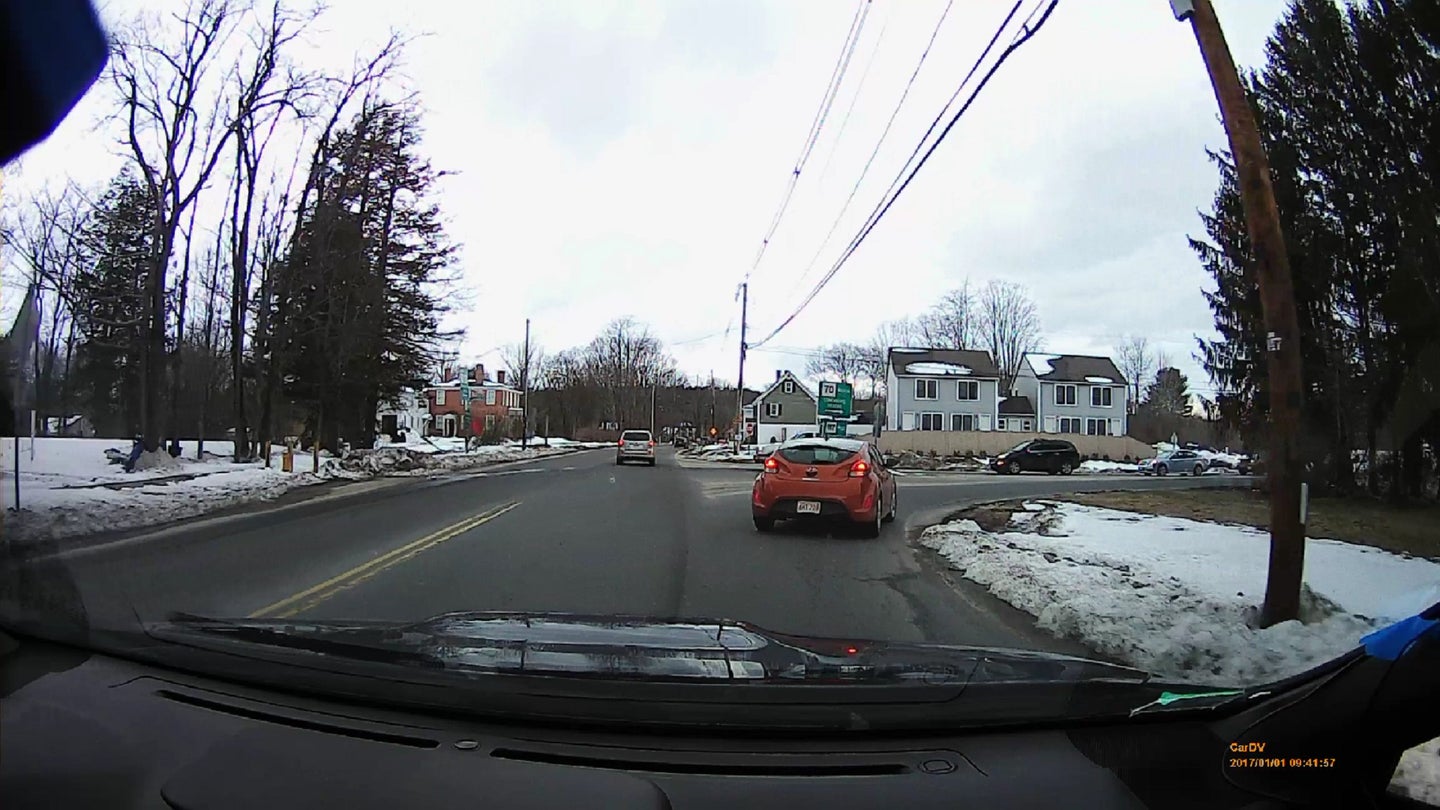 We've reviewed some highly impressive dash cams lately, but what if you don't need or can't afford a $350 unit with all of the bells and whistles? For just a fraction of the price, Uten offers a simple dash cam that still includes all of the most important features in a modern camera.

Unlike the Blackvue and Vava cameras The Drive tested previously, the Uten has no built-in GPS. It will allow you to plug in an external GPS, however, which is not included. The Uten unit also does not support Wi-Fi. In fact, unlike the Owl dash cam, it has no data connection at all. Instead, the Uten goes old school and offers a variety of menus for configuration right on the camera itself rather than a smartphone app.

But unlike the Blackvue and Vava cameras, the Uten has a built-in 800x480 pixel resolution screen. Its single camera will record video in 1296p, slightly higher than the 1080p of most other cameras. Like the more expensive competition, the Uten also has a G-force sensor to detect impacts when the car is parked and can be configured to record a short video when an impact is detected. This can be handy for catching hit-and-run perpetrators.

One feature the Uten offers that I haven't seen in any other dash cam is lane departure warning. That's right, my 2003 Volkswagen Jetta with no modern driver aids whatsoever now has lane departure warning thanks to the Uten dash cam installed in it. The camera is able to detect the lane ahead of you and provides an audio warning if it sees that you've weaved out of your lane. Unfortunately, in places like my driveway where it's unclear where it has trouble detecting the lane, it assumes that you're not in the lane and goes off incessantly. The lane departure warning can't be disabled, but I turned the camera's volume all the way down so that the false warnings don't bother me.

The lane departure warning is imperfect, but it's a feature you can live without. Such is not the case for the mounting system, which consists of a plastic pedestal that you stick to your windshield with double-sided tape. (I prefer a suction mount that I can transfer from one car to another.) After using the camera for a few days, I tried to remove it to take it inside and accidentally broke the mount. The camera was no longer usable at this point. Uten quickly sent me a replacement unit, which I was more careful with and had no further difficulties. I should also note that the mount broke during the unusually cold weather New England had in early April, which might have made the plastic more brittle. In any case, I'd recommend against removing the camera from the mount if you can avoid it. It's easy to remove the microSD card from the bottom of the camera while it is installed in your car.

The Uten dash cam isn't perfect, but for a retail price of $59.99, it's still a good deal for what you get. All of the basic functionality is there, and when it came to recording video, it worked great in all lighting conditions. Ultimately, that's what counts in a dash cam, and the Uten has that down. While sometimes you can find the Vava on sale, the Uten is less than half the Vava's $149.99 retail price, which itself is half the cost of the Blackvue and Owl cameras. That's already a good price, but using coupon code "Uten7826" on Amazon will drop the price 30 percent to just $41.99. I can't think of a better dash cam for the money.