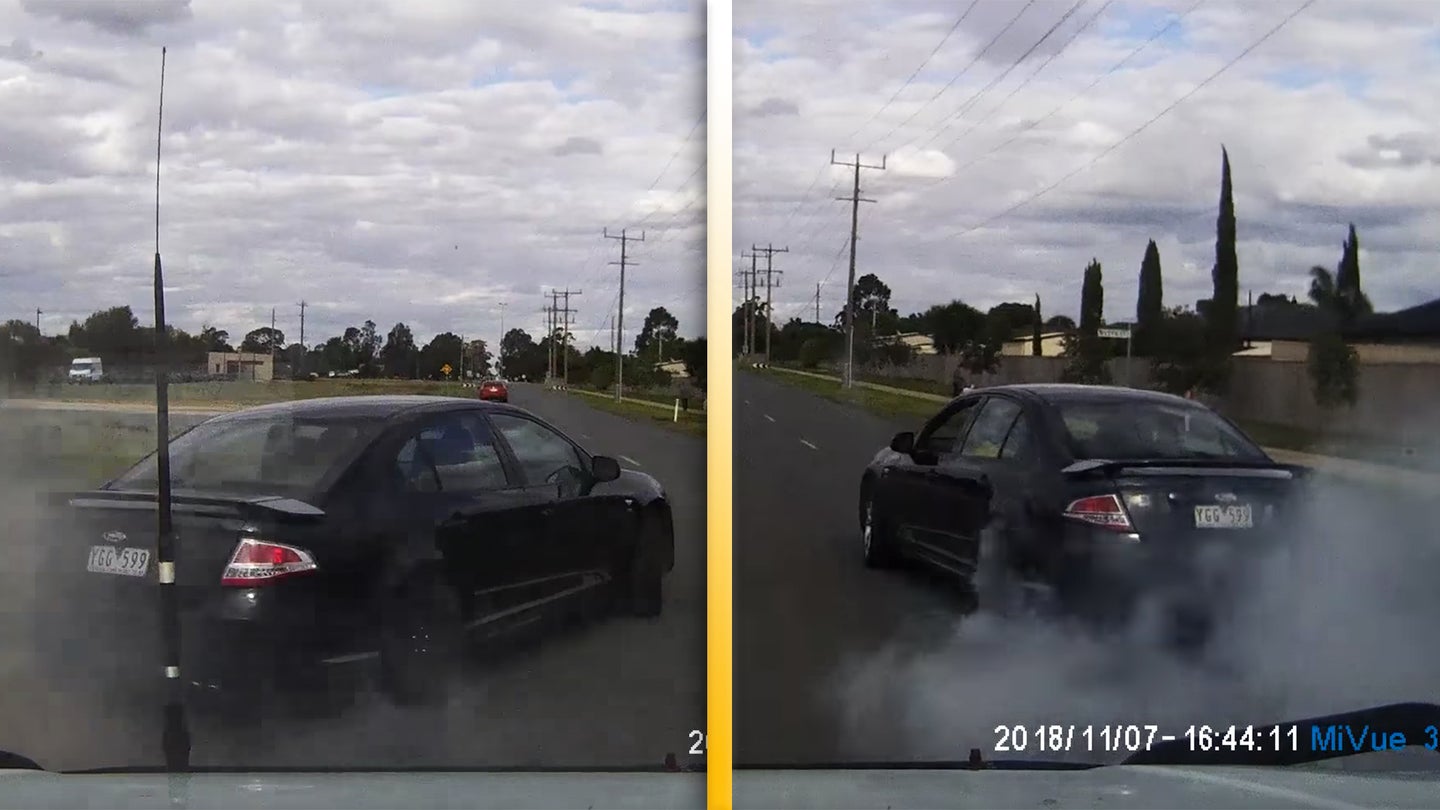 There's nothing subtle about Australia. It's a land of extremes, of violent weather and deadly fauna and a hardy population that seems to shrug off daily reminders that the totality of the place is trying to kill them. Maybe that's why Australia's roads seem to rival Russia's in offering some truly wild dash cam footage—compared with the rest of the place, this encounter with a car thief driving a late-model Ford Falcon like he stole it is just another day.

The short film comes courtesy of an evening commuter in the southeastern city of Shepparton, who was surprised to find his drive home from work cross paths with a low-budget Fast & Furious remake earlier this month. The footage shows the camera car traveling along a straight stretch of road past an unassuming suburban neighborhood when the Ford Falcon suddenly blasts out of the development in the midst of a massive burnout.

The dash cam driver is forced to slam on his brakes as the Falcon cuts across the street in a wide, drifting arc, and the hi-po sedan continues to burn rubber down the road, its back end wagging to and fro like a happily disobedient dog. Last made in 2016, the Ford Falcon was Ford Australia's modern rear-wheel-drive sedan that never made it to America—unlike the Holden Commodore/Chevrolet SS—and it's a popular car for drift, drag, and burnout builds. Yes, that's a thing.

This particular example appears to have been modified as well, which on the surface makes this clip no different than any other we've seen with an overeager owner nearly binning his built car. The dash cam driver posted his footage online to spread the schadenfreude. You can imagine his surprised laughter when both police and the real owner contacted him to say the Ford Falcon had been stolen the day before.

We haven't seen any news reports to indicate that the guy's been caught, but if he keeps this kind of thing up, he shouldn't be too hard to spot. Maybe we'll finally see if Australian police's decision to start swapping its old Falcons for new Kia Stinger patrol cars was a good idea after all.