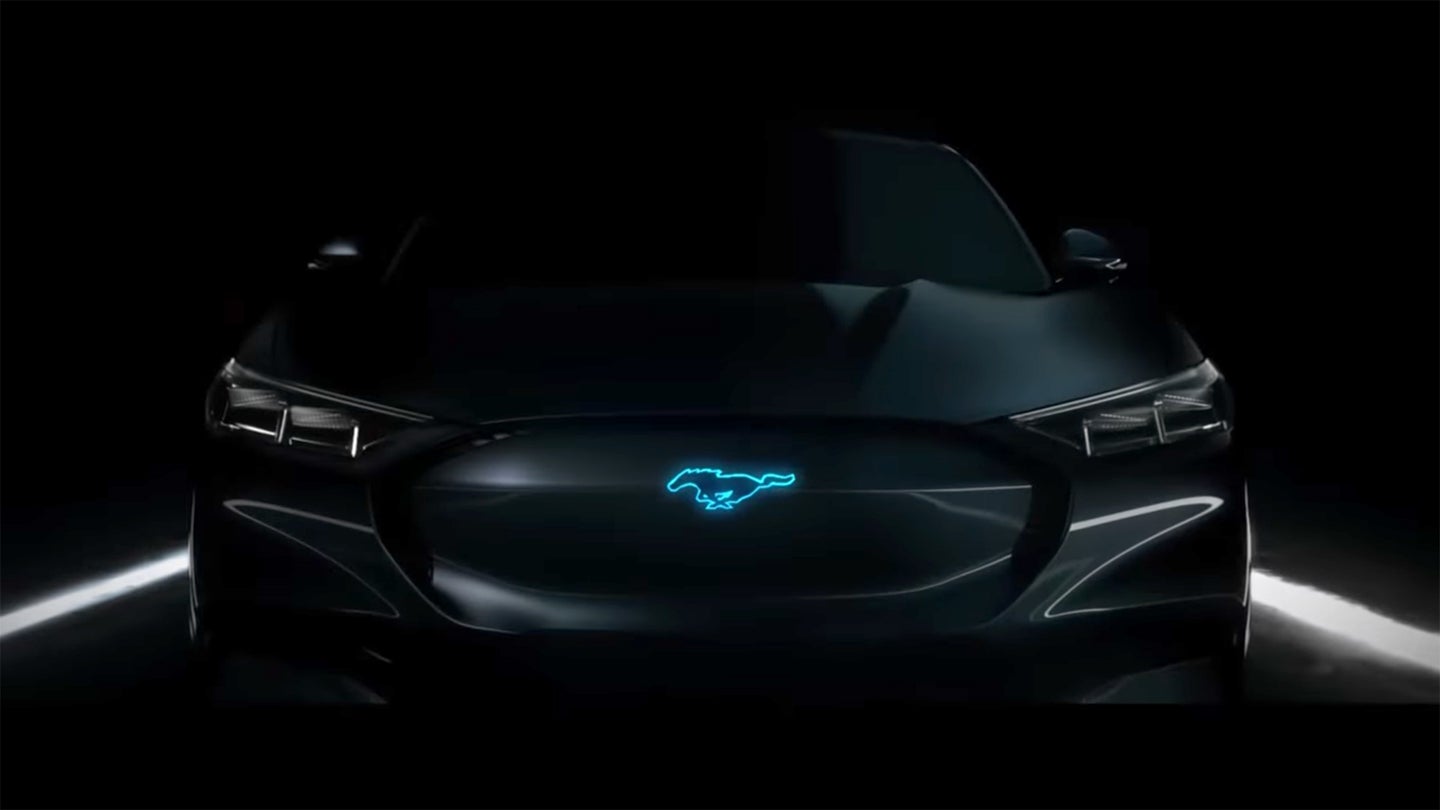 Ford CEO Jim Hackett revealed in an interview that the company has more than a dozen electric vehicles in development, one of which he expects to make waves on its debut next year.

"We talked about a huge investment in electric vehicles," Hackett told CNBC, in reference to the company's scheme to pump $11 billion into electric vehicle technology, culminating in 40 electrified models by the end of 2022.

"We have 16 models that are in design and development," he continued. "We have a pretty big surprise coming next year."

One candidate for the surprise Hackett promises is its upcoming electric crossover, with styling inspired by the Mustang. Ford has teased the vehicle's design on multiple occasions, giving a glimpse of its stern in a September blog post on Medium, and its bow in an ad released in October. As part of the former, Ford confirmed the crossover would arrive in 2020, falling within the window outlined by Hackett.

Ford initially intended to name the Model "Mach 1" after a limited-edition Mustang, but customer backlash made Ford rethink that plan. In December, The Drive dug up trademark filings for the name "Mach E," which despite its similarity to the Mach 1 name shouldn't offend Mustang hardliners.

Ford promises a targeted range of 300 miles for the crossover, but didn't define the testing protocol on which it'd achieve that range. As the vehicle would presumably target customers in Ford's home of the United States, those 300 miles could be on the conservative EPA protocol, which is the U.S. national standard.

An alternative vehicle that could be revealed next year is Ford's electric F-150, confirmed Wednesday in a conference by Ford's president of global markets, Jim Farley, as reported by The Detroit Free Press. Farley did not define when the electric F-150 would be revealed, or make its way to showrooms, so the most likely "surprise" of Hackett's remains the Mach E.