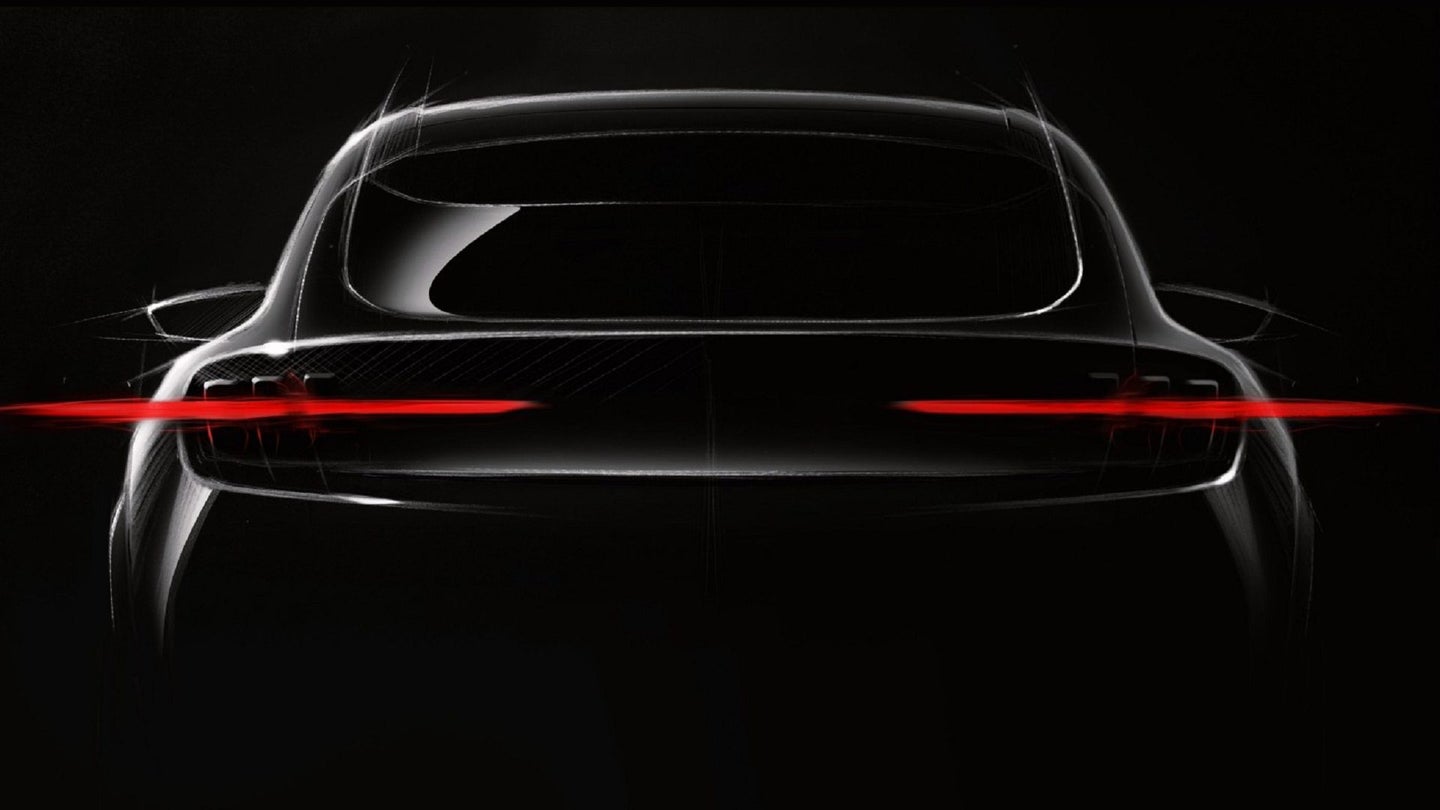 Ford teased its upcoming electric crossover with a rough sketch of its rear end, confirming rumors that its design will be inspired by the brand's iconic sports car: the Mustang.

Making its muscle car influences clear, the crossover appears to get the 'Stang's iconic tri-bar taillights, and judging from the serious rake on the rear hatch we can also expect it to lean more towards the coupe side of the spectrum rather than being a traditional, upright crossover. Think BMW X6, not X5.

According to Ford, its new creation aims to squeeze 300 miles of range out of the battery, and it hopes to put these in people's hands sometime in 2020.

The sketch was published as part of a Medium blog post, of all things, by Darren Palmer, the Global Product Development Director of Ford's Team Edison. Yes, Ford is internally dubbing its crew responsible for EV development Team Edison, in a not-so-subtle nod to that other EV maker named after the 19th-century inventor.

In his blog, Palmer writes about Ford's goals in electrification including the company's $11 billion investment, Ford's lofty target of bringing 40 electric cars to market worldwide by 2022, as well as anecdotes and lessons from a recent research trip to Shanghai.

The sleek crossover was previously proposed to be named after the Mach 1, a special performance version Mustang first introduced in 1969, but after considerable backlash from the fans, that plan was scrapped last week.

Electric crossovers are shaping up to be the "it" segment to watch as we head into 2020. Mercedes-Benz recently took the wraps off of its EQC, while Audi is expected to reveal the e-tron in a couple of weeks.