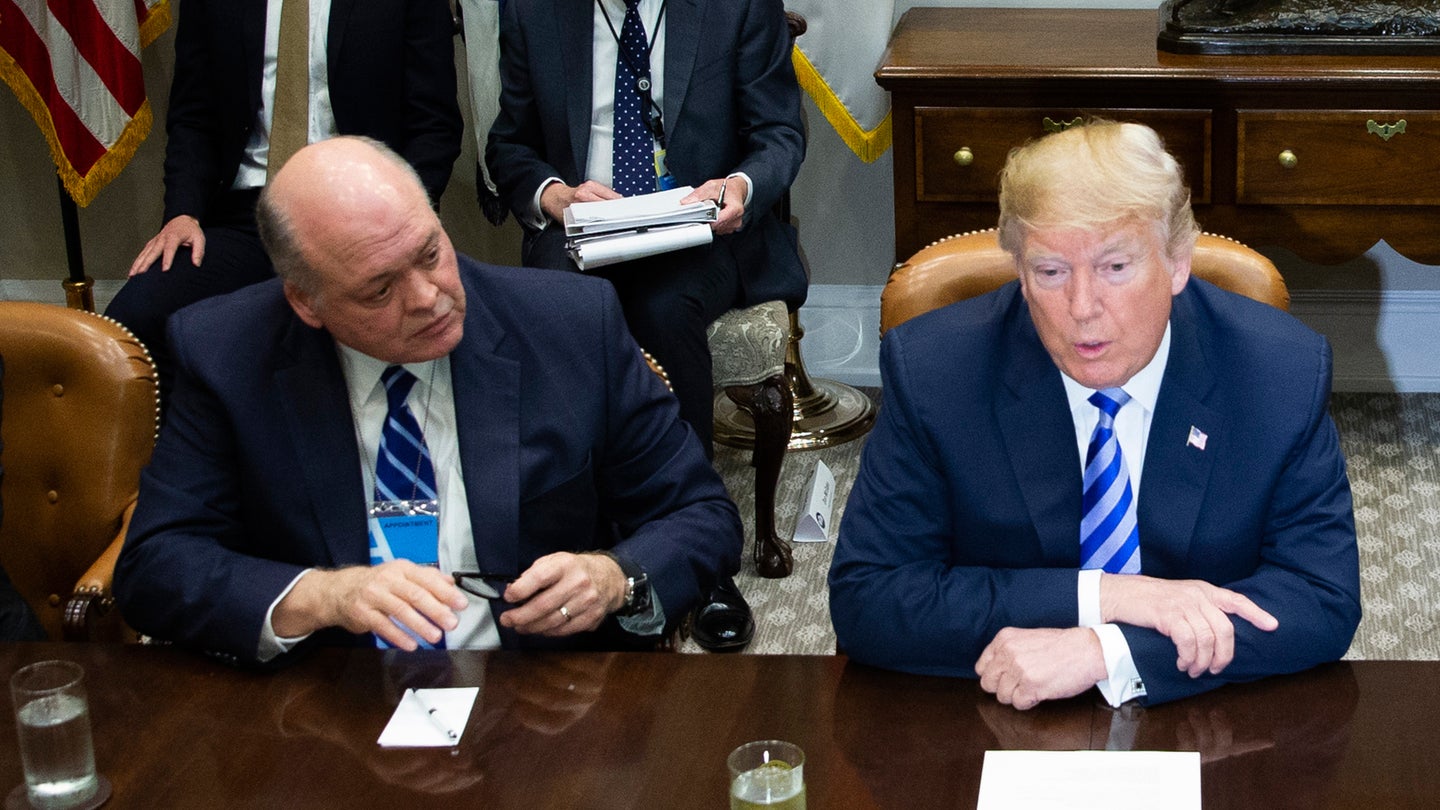 What is it with President Donald Trump and Ford? I’m starting to suspect that the Donald once had a lousy back-seat date in one of New York’s ubiquitous Lincoln Town Cars, and he’s held a grudge ever since. The blame game continued to bounce back and forth recently when Ford CEO Jim Hackett accused Trump of picking Ford’s corporate pockets, thanks to tariffs on imported steel and aluminum.

"The metals tariffs took about $1 billion in profit from us—and the irony is we source most of that in the U.S. today anyways,"  Hackett said, in an interview on Bloomberg Television. "If it goes on longer, there will be more damage."

Hackett may well be right. But is Ford really the canary in the coal mine—or car factory—when it comes to the economic fallout of tariffs? Or was Hackett’s finger-pointing a bid to wipe his own fingerprints off a coming tide of pink slips at Ford, and scapegoat Trump for both the company's shaky performance and his own?

Make no mistake: I have criticized Trump’s chaotic, uninformed, tweet-laden stewardship of the auto and transportation industry—from his bid to gut fuel economy and pollution rules, to his unseemly personal attacks on Ford and Harley-Davidson, to his threats to impose stiff tariffs on imported cars. Each of those destabilizing moves has created uncertainty that freezes business leaders and undermines long-term planning and investment. Those tariffs—25 percent on imported steel, and 10 percent on aluminum—are a heavy potential burden on the American auto industry and the economy; domestic steel and aluminum workers would benefit, but some economists say that up to 300,000 jobs could be lost overall, while tariff costs are passed along to consumers in the form of higher prices and other nations retaliate with their own protectionist measures. Canada may have hammered out a last-minute trade deal with the U.S., but the metals tariffs remain in full effect. On Friday, Canada refused to join Trump to tout a joint trade deal with Mexico —in a signing ceremony arranged just before midterm elections—unless Trump dropped the onerous taxes. Oh, and Trump’s threat to impose aggressive tariffs on imported cars still stands, taxes that could send new-car prices soaring by several thousand dollars.

“All the economic understanding we’ve had for two centuries is that tariffs are harmful,” said Alan Deardorff, professor of international economics and public policy at the University of Michigan. “Unambiguously, they hurt more than they help.”

And yet, not everything about Hackett’s statement adds up, in part because there weren’t many numbers to add. His televised announcement featured the same frustrating lack of detail that has characterized his 17-month CEO tenure at Ford. For several months, Hackett has refused to offer details of his proposed “fitness” plan, aside from the fact that Ford will engage in a “restructuring” (now pegged at roughly $25 billion), which is corporate double-speak for a brutal culling of employees and operations. A Morgan Stanley report suggested that Ford would trim up to 24,000 employees, or 12 percent of its 202,000-strong global workforce. Clearly, much of that was in the works long before Hackett and Ford had even heard Trump utter the word “tariff.”

Hackett, a former offensive lineman for the University of Michigan Wolverines—and later the school’s athletic director, who hired Jim Harbaugh as football coach—has faced a heavy blitz from an impatient Wall Street, shareholders, media, even analysts. He's an auto-industry neophyte, having come from the CEO chair at office-furniture company Steelcase, which only adds to the public scrutiny of his every move. During a fractious call with Wall Street analysts this summer, analyst Adam Jonas asked Hackett straight-up if he would even be around to see the fruits of his plans. Even for a tough guy like Hackett, that’s gotta hurt.

Ford profits are indeed projected to fall 29 percent this year. But Trump’s tariffs have nothing to do with the perilous state of Ford’s business in Europe and China; its inexplicably tardy rollout of new SUVs, crossovers, or the Ranger pickup in America; or its leaders’ struggles to elucidate a consistent strategy and not change course like a slaloming Mustang. Hackett has staked his own reputation in part on his bid to drop most of Ford's traditional passenger cars (aside from that holy Mustang) in favor of more-profitable light trucks and crossovers. Trump’s saber-rattling on trade did put the kibosh on Ford’s plan to import the Focus Active from China—a bid to replace some sales of the standard Focus, Fiesta, and Fusion—even as Trump tweet-bragged that the Focus Active “can now BE BUILT IN THE U.S.A. and Ford will pay no tariffs!” Despite the all-cap presidential pressure, Ford begged to differ: Turns out the Focus Active won’t be built or sold here.

Then there’s the matter of metals prices themselves. Steel makes up about 55 percent of the typical new automobile, so about 2,200 pounds of the stuff in a 4,000-pound car. That's a lot. But because domestic automakers use so much of it—including 16 percent of all U.S.-made steel—they have enough leverage to lock in steel prices under long-term contracts, with the price often set for the duration of a model’s run. Some analysts say that Trump’s tariffs shouldn’t start affecting the bottom line for a year or more. Aluminum is different, with automakers buying the metal at market rates. Yet the typical car uses just 325 pounds of aluminum, and only about 60 pounds of that in body panels. Yes, Ford placed a huge calculated bet with a big dose of aluminum in its latest F-Series pickup, including a largely aluminum body and bed that trimmed up to 700 pounds of mass. But if the F-Series's bed is harder to dent than you'd imagine, so are its profits. Why? America’s perennially best-selling vehicle—including 896,000 customers last year, the most since 2005— fetched a breathtaking average transaction price of $49,552 last year. That's up $6,000 since 2014, according to Edmunds.com. Back in March, Ford’s own chief financial officer emphasized that F-Series profits actually rose in 2017, despite aluminum prices that had already jumped 20 percent over those same three years. Sure, the F-Series of 2017 had more features and optional frippery than the one from 2014. But according to Ford itself, that extra $6,000-per-unit more than offset any additional costs, whether in materials costs or a fancy infotainment system.

I'll put my own view in terms that Tarzan could understand: Tariffs bad. Free trade good. Let's hope that cooler heads prevail, and that these counter-productive metals tariffs melt away. But if Ford is getting hammered so badly hard by tariffs, it stands to reason that every other company with American factories—from GM and Fiat Chrysler to Toyota, Nissan, and BMW—will soon report their own dwindling profits or layoffs. Until they do, my hunch is that Hackett is overestimating Trump's influence on Ford's bottom line—and underestimating his own.